Turn the handle on the Cam Rhino and the two Rhinos alternately buck their horns! 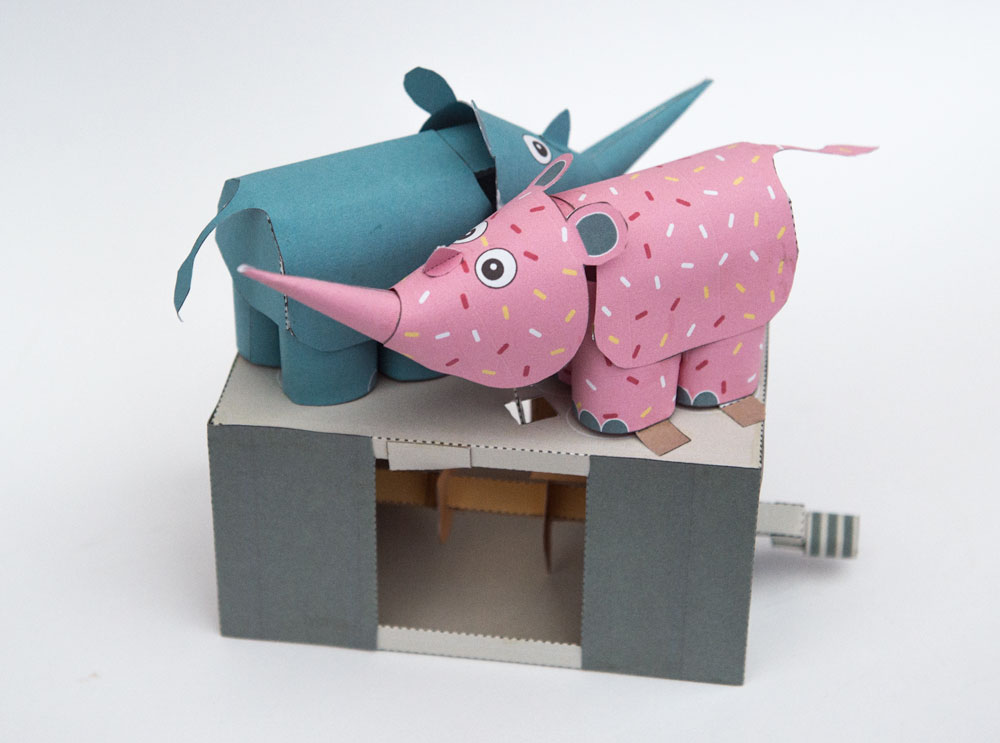 Print out the parts onto thin card (230gsm / 67lb) Note that the parts file is printed on both sides. Print out the front, flip the card and return it to the printer then print the back.

Score along the dotted and dashed lines cut out the various holes then carefully cut out the parts.

Fold up the top and the base and glue them as shown making right angled triangle tubes. 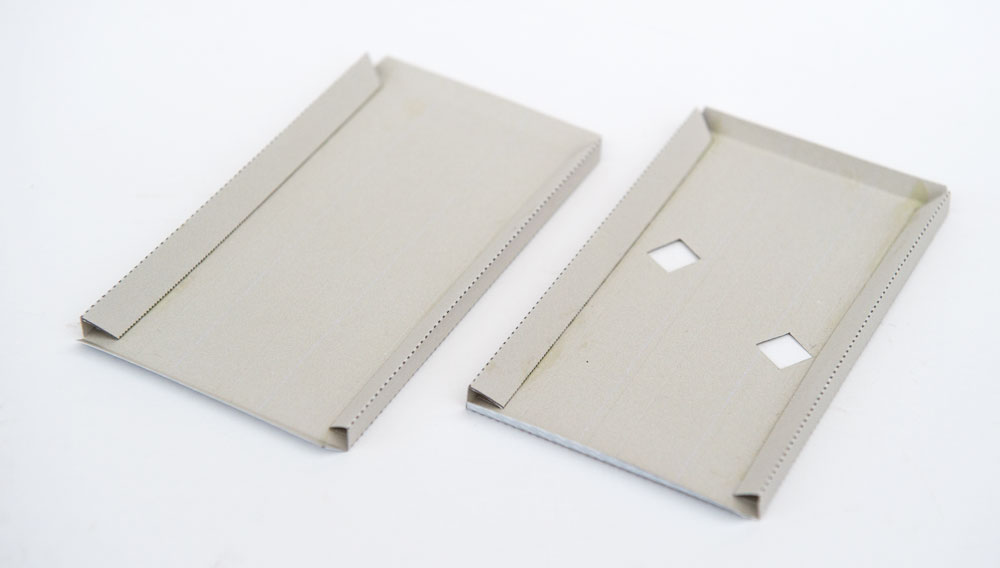 Glue the ends to the base as shown. Note the position of the holes. 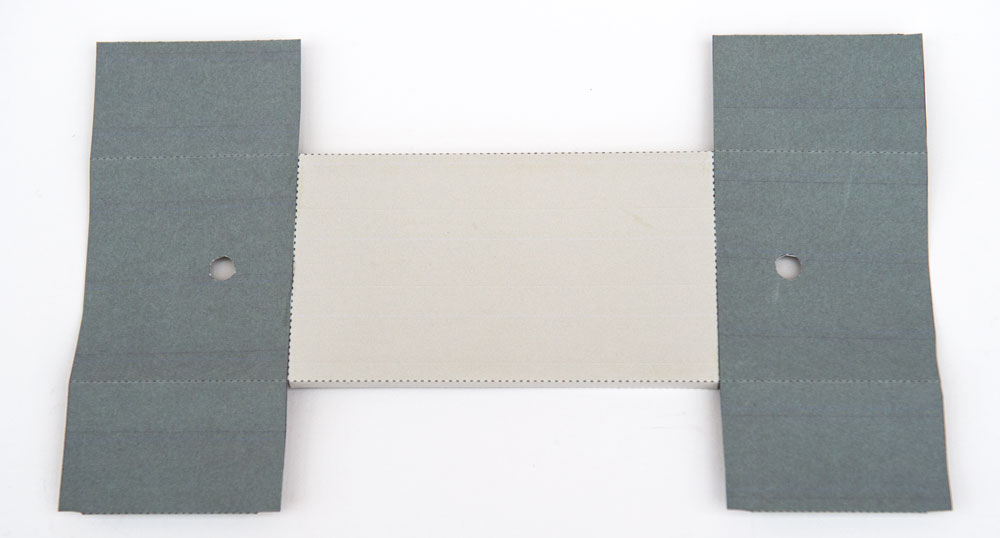 Glue the top into position. Glue the sides on only on one side for now. 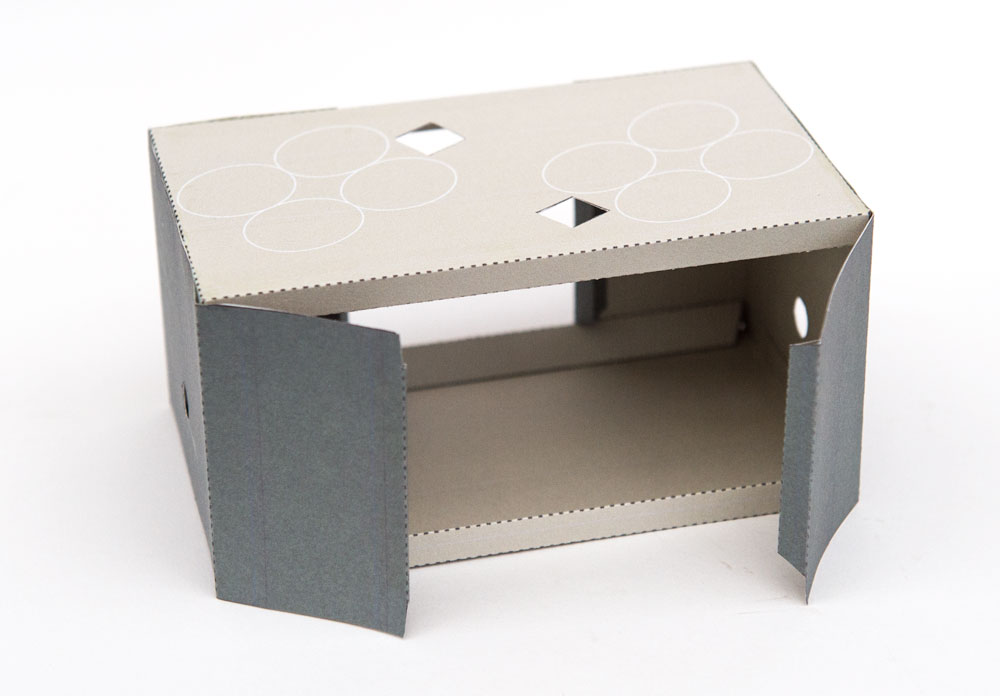 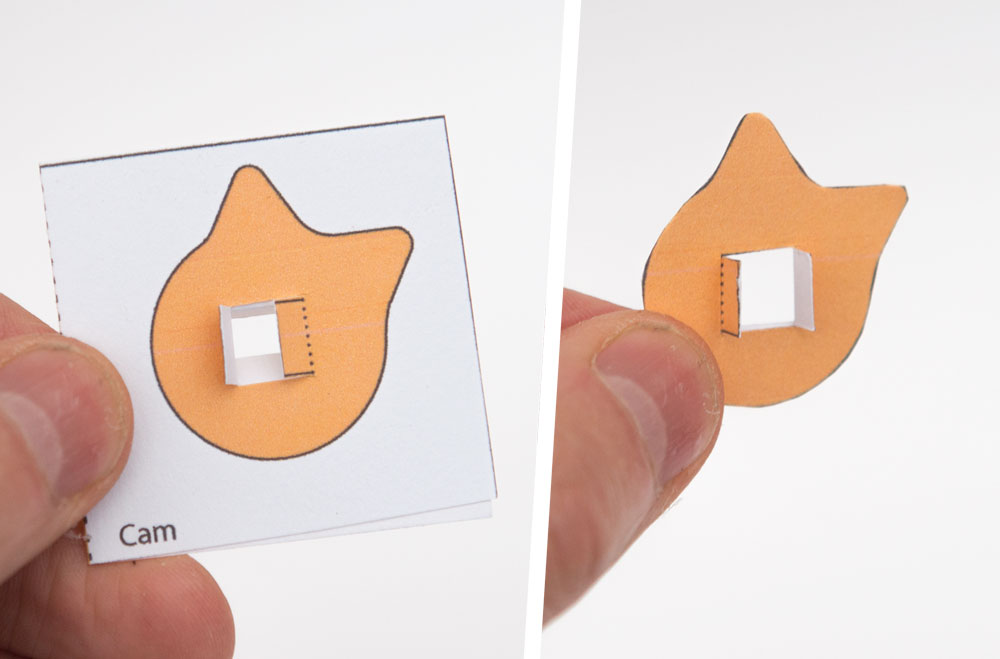 Fold up and assemble the handle.

Fit the cams to the axle so that they are facing opposite directions. Line them up with the grey lines on the axle and glue down the flaps.

Fit the axle into the box and glue in the axle ends. Make sure that the axle can turn freely. 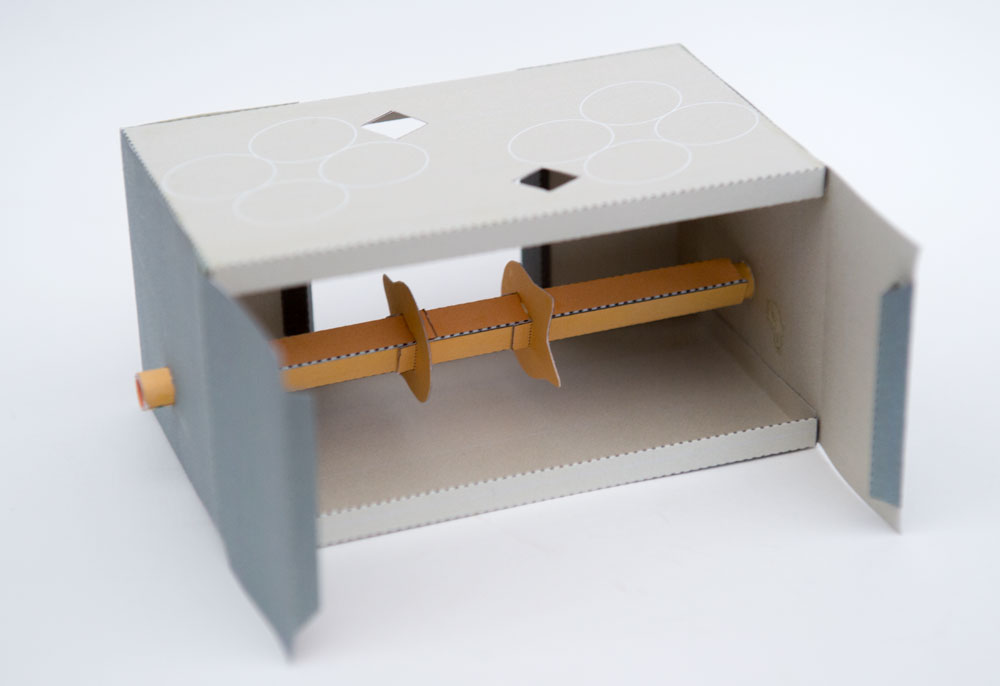 Glue on the handle and glue the remaining two box flaps into position. 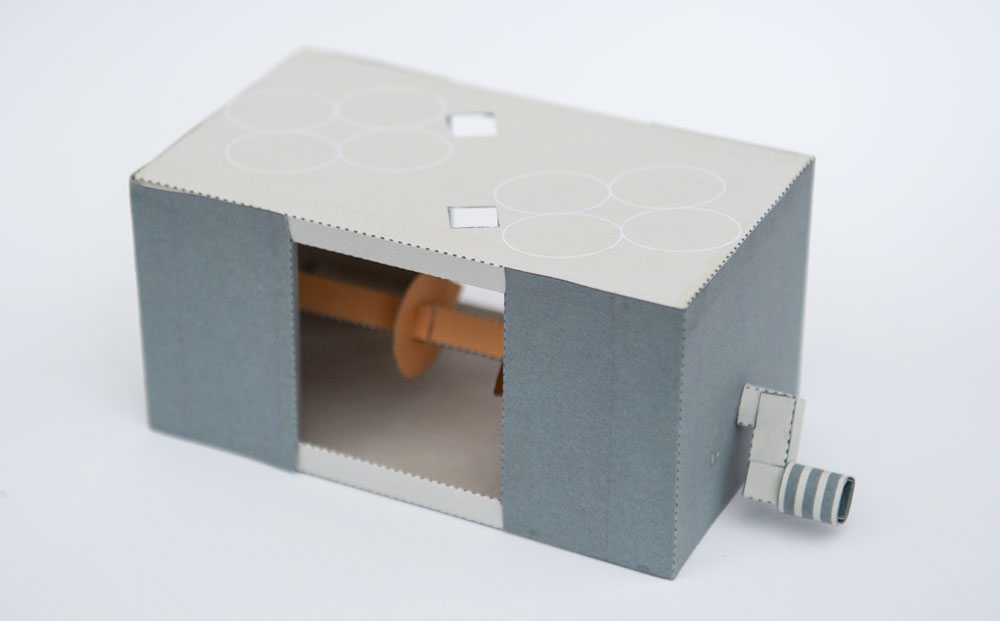 Roll up and glue the four rhino legs and glue them together. Make sure the toes are all pointing the same direction! 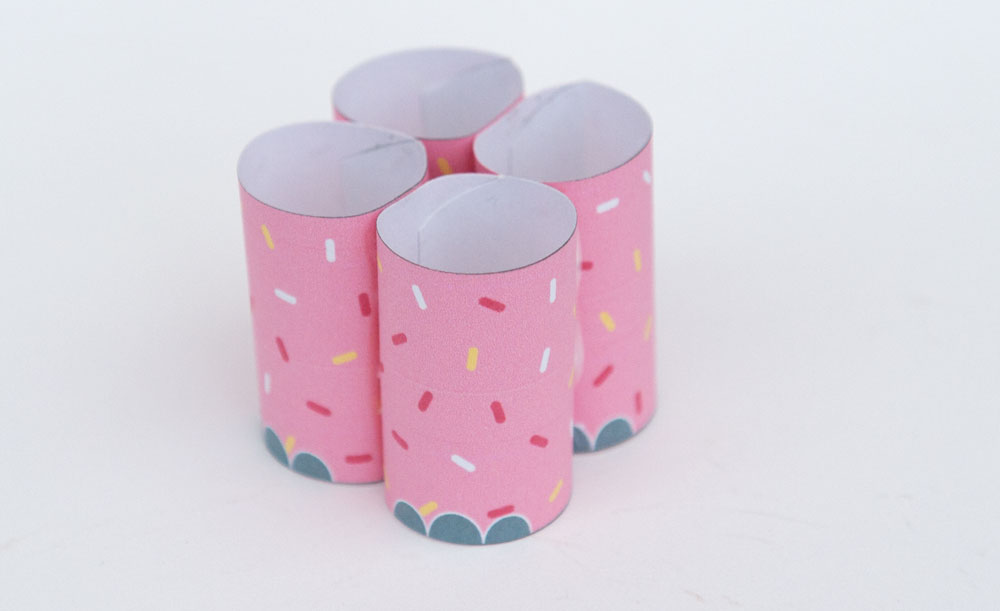 Glue the body end into position. 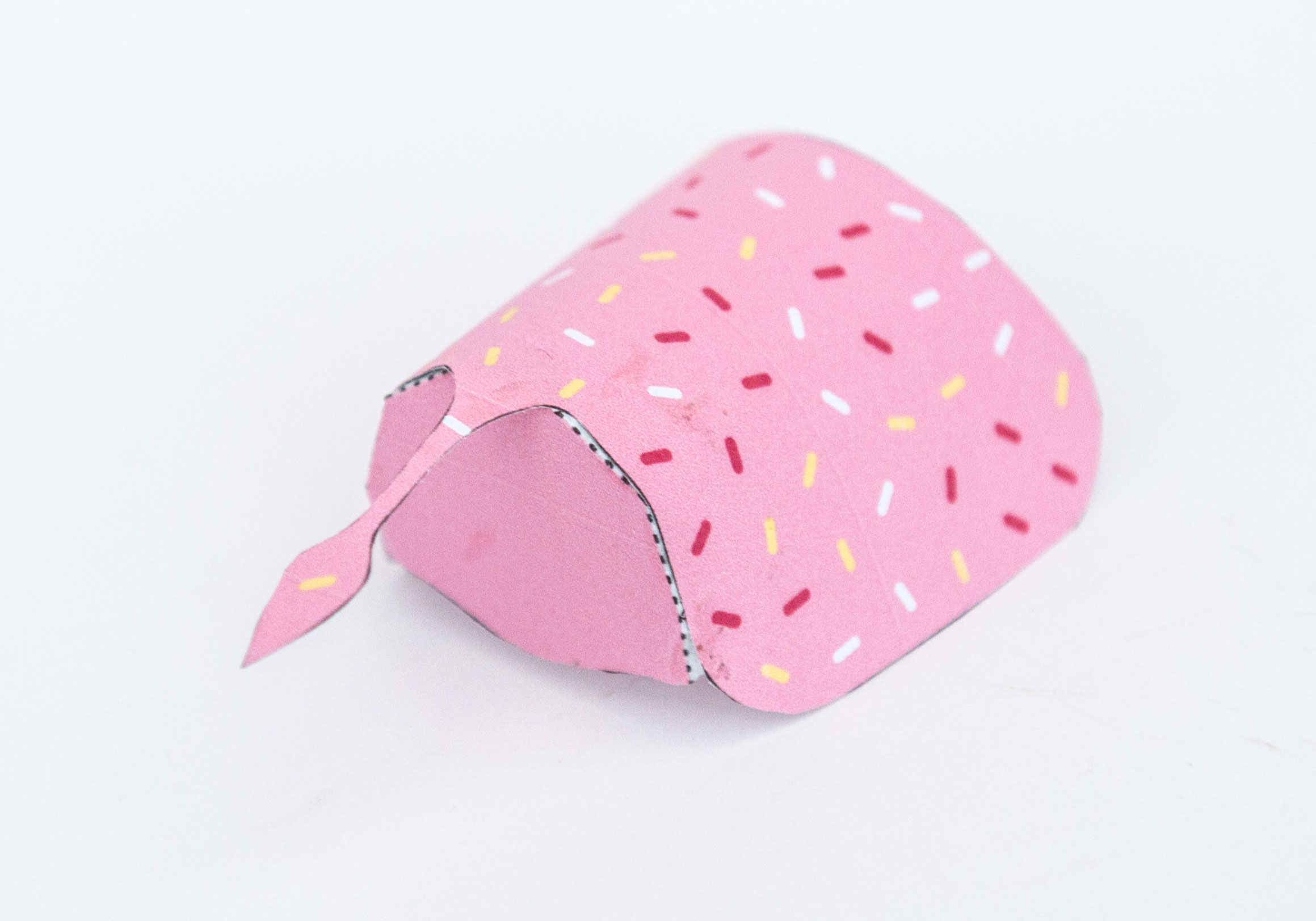 Assemble the head support and glue it to the inside of the body as shown. Use the grey glue area for alignment. 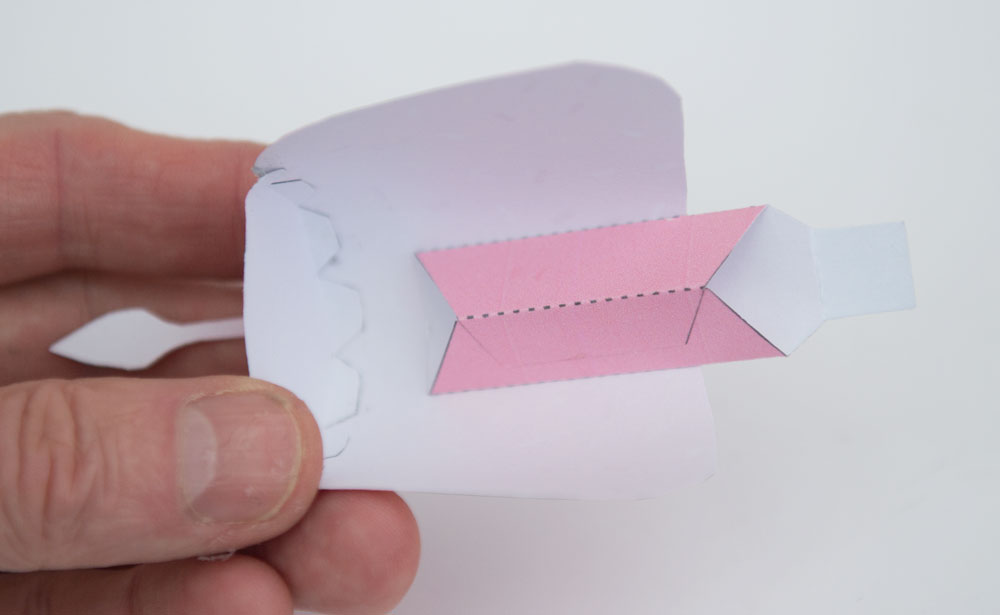 Roll up the horn into a cone and glue it into position.

Make the small horn from double thickness card and glue it into position. Glue the body to the legs then glue the head to the end tab on the head support.

Fold over and glue down the four pushrods to make double thickness card.

Glue one of the pushrods into position as shown. 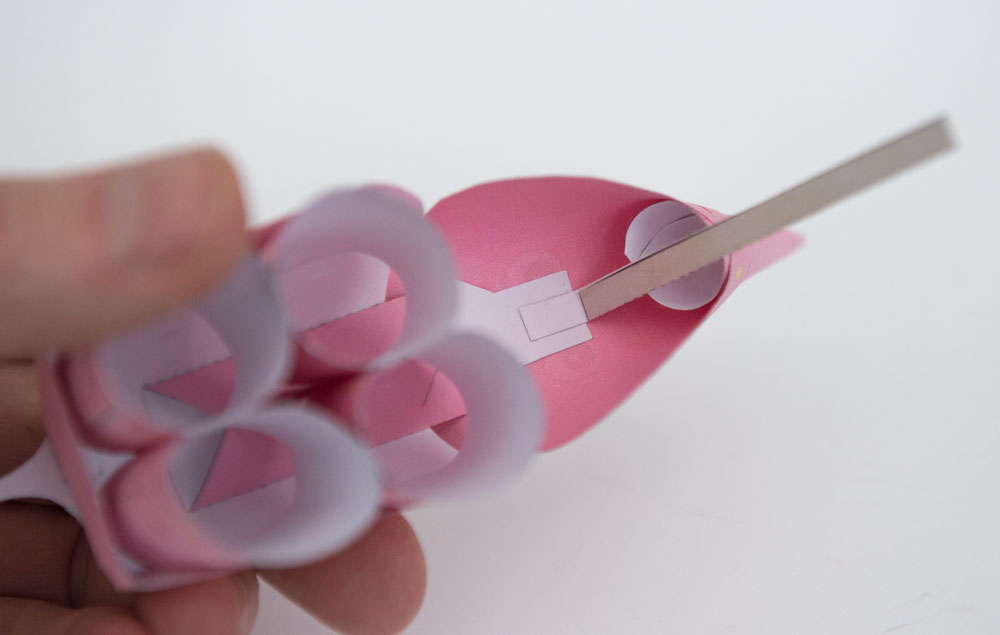 Wrap a small coin tightly in a scrap of paper. A penny is perfect (20mm diameter 4g weight)

Fit it into position at the end of the cam follower. Glue the cam followers into the box, one from each side so that the free end is under the square hole in the box top.

Glue the other pushrods to the cam followers as shown.

Trim them down so only 10mm is sticking out above the box with the cam at its lowest position. 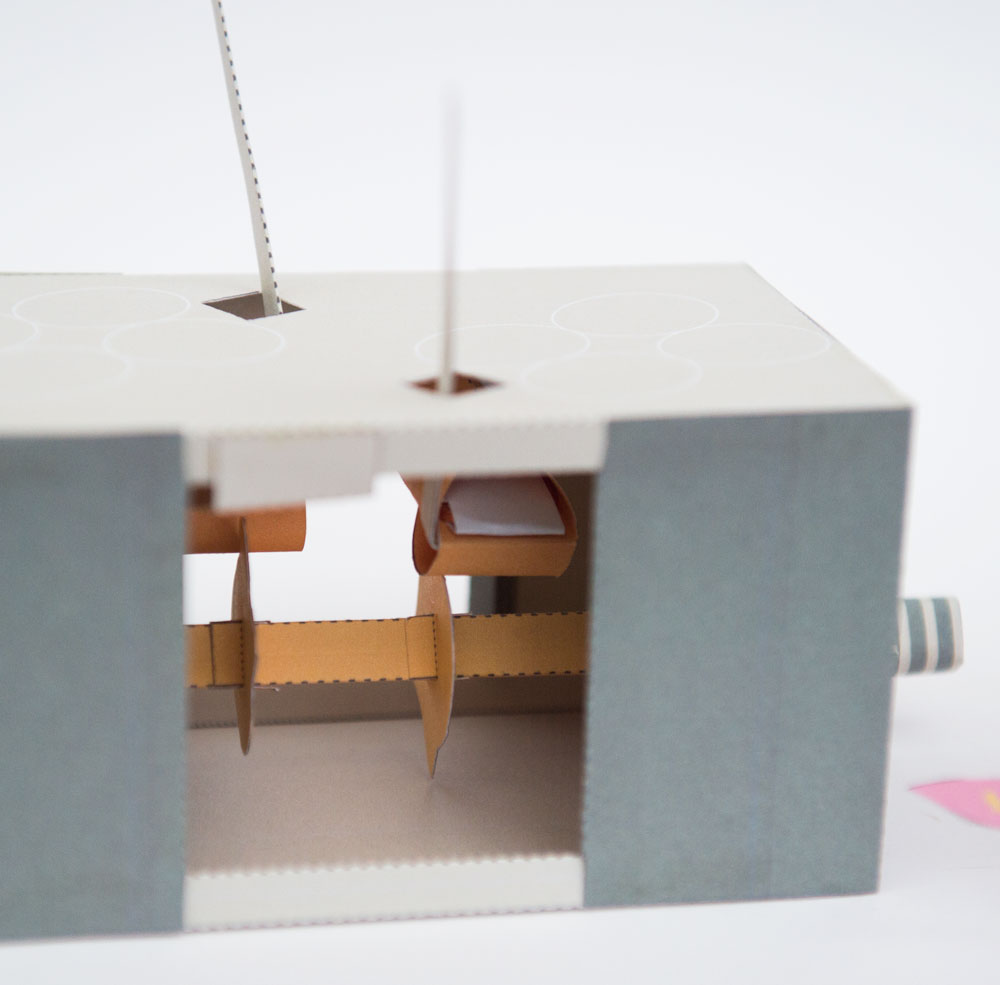 Glue tabs to the rhino feet. Glue the tabs to the box top. glue the two push rods together so that as the cam follower lifts the rhino’s head moves. 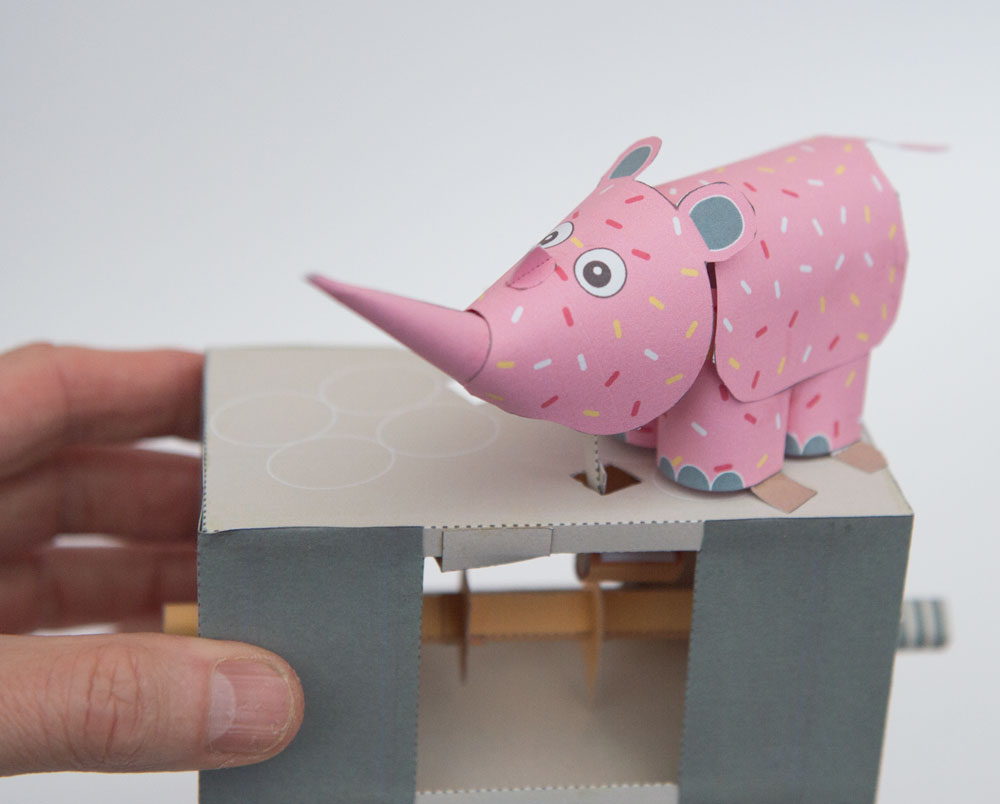 Repeat the process on the other side with the other rhino to complete the model.