Print the parts out onto thin card (230 micron / 230 gsm) Score along the dotted lines and cut out any holes. Circular holes are marked with a red cross at the centre so that you can use a circle cutter.

Carefully cut out all the pieces. 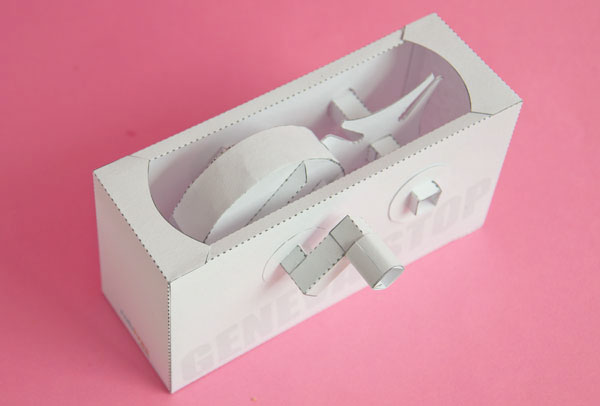 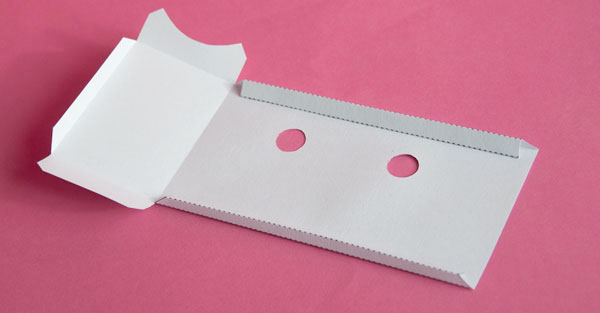 Fold up the tabs on the bottom and top to make two triangular section tubes. These will make make the box sides more rigid.

Glue the stiffeners to the drive wheel sides and fold round the tabs to make triangular section tubes. 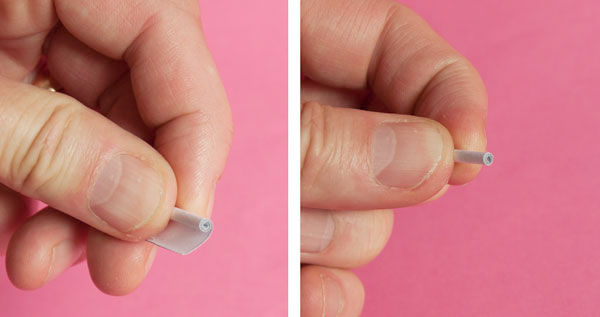 Roll up the pin piece as tight as you can then glue is down.

Glue together the two axle to make square section tubes. 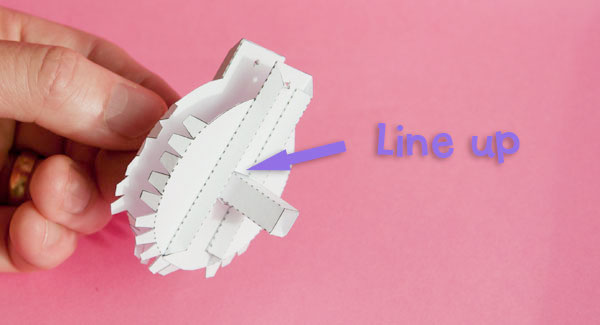 Thread the drive wheel sides onto the longer of the two axles lining them up with the two grey lines. 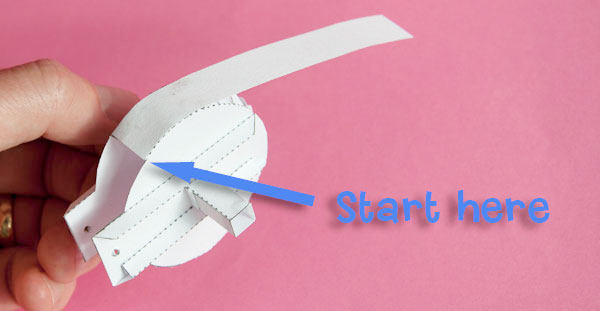 Starting from one end, glue the drive wheel edge into place a few tabs at a time.

Expand the cross holes at the end of the drive wheel with the point of a pencil then slide the pin into place. Fix it into place with a dot of glue. 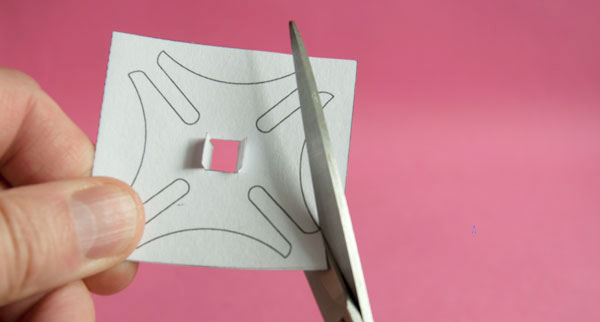 Fold the two halves of the cross back to back and glue them together to make double thickness card. When the glue is completely dry cut round the parts with scissors, ignoring the slots for now.

Cut out the slots with a sharp knife.

Thread the cross onto the shorter of the two axles lining it up with the grey line.

Make up the handle in three steps. Fold the two square sections round and glue them. Fold the two halves, one into the other and glue. Roll round the long tab and glue it down to complete the handle. 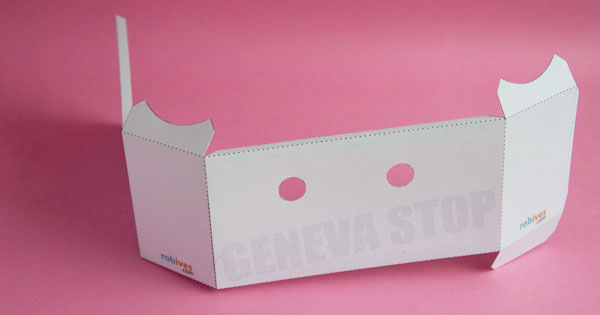 Glue together the two halves of the box but don’t close it yet. 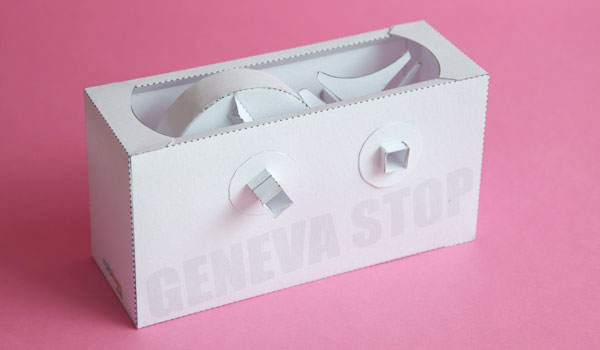 Fold the box round and glue it shut. Glue the flaps into place, top and bottom making sure that the box remains square. Glue the washers into place on the grey areas marked.

Complete the model by gluing the handle to the drive wheel axle.

Turn the handle and the drive wheel engages with the cross   turning it quarter of a turn at a time. Use this project to explore how the Geneva Stop mechanism works or as the starting point for your own design.