Ever one to jump on a passing band wagon, I have created a new model to celebrate the up upcoming royal nuptials. Tap the box and the flag waves vigorously. Celebrate in style with only minimal effort. 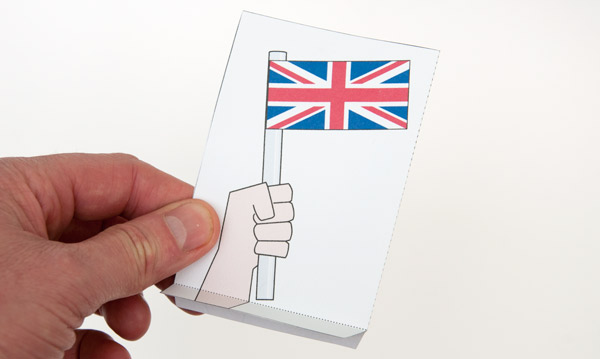 Fold the flag in half and glue it back to back to make it double thickness. Notice that the flaps at the bottom of the part are not glued together. 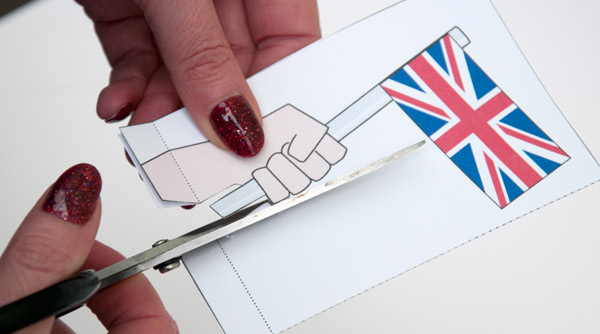 Once the glue is dry, carefully cut out the part. 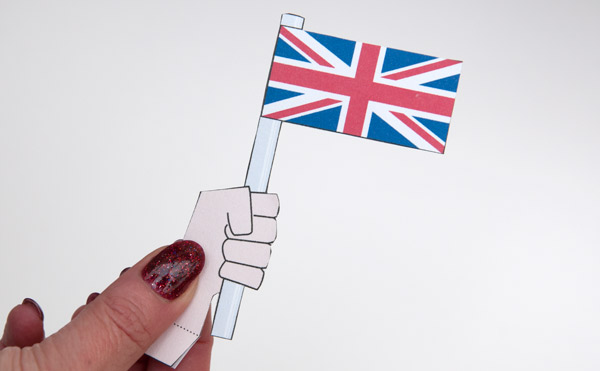 Fold over and glue down the stand to make it double thickness.

Fold up and glue down the long tab on the pendulum again to make it double thickness.

Fold round and glue down the tabs on the box sides to make triangular tube sections. These add rigidity to the box. 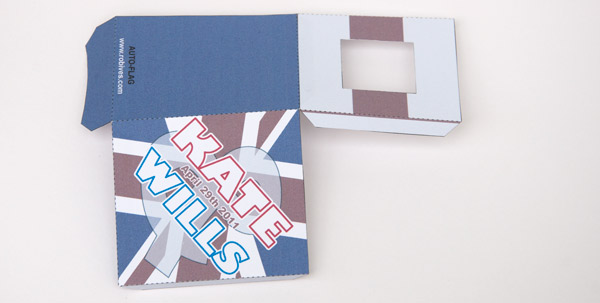 Glue the box top to one of the box side on the short side.

Glue the box top stiffener into place so that it touches the edge of the hole. 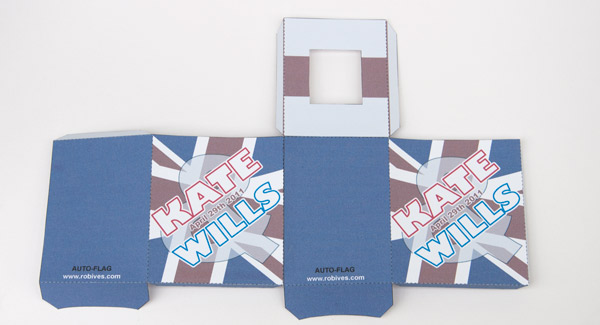 Glue the second box side to the first. 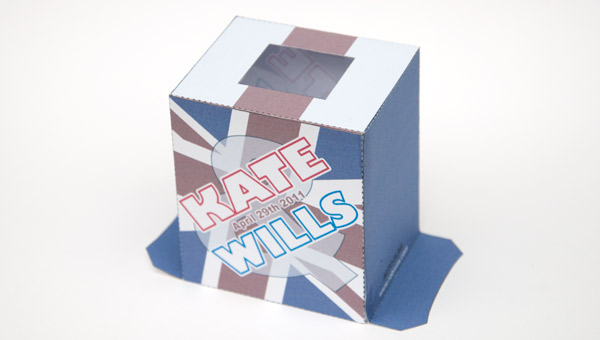 Fold round and glue together the box. Don’t glue down the flaps on the base yet.

Fold up and glue together the pendulum as shown. 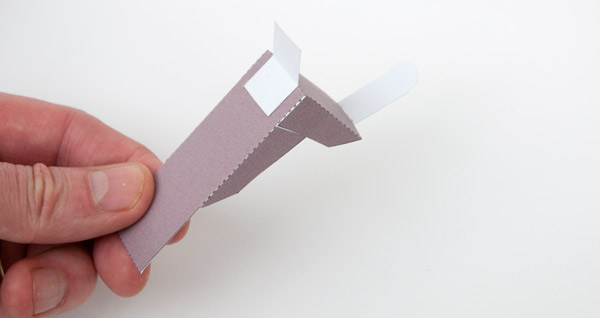 Glue the hinge to the back of the pendulum and the linkage to the front as shown.

Glue the second hinge to the back of the stand as shown.

Fit the pendulum into the box and glue the hinge to the lid. Make sure that it is free to move without binding on the box top.

Glue the support to the box top as shown. Join the two tabs together as arrowed above. 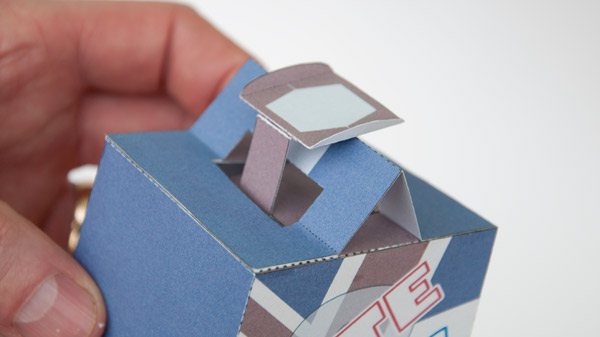 Glue the hinge on the stand to the support.

Glue the linkage to the stand. 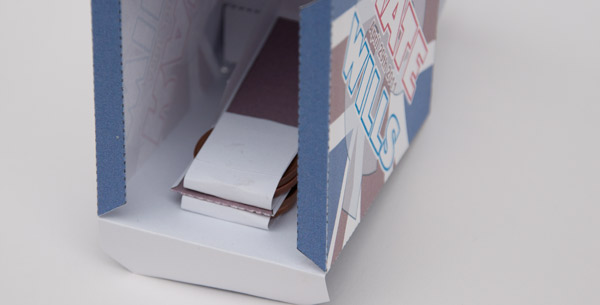 Glue the coin packs to the pendulum. One to the front, one to the back. Once this is done you can gleu down the two flaps on the base. 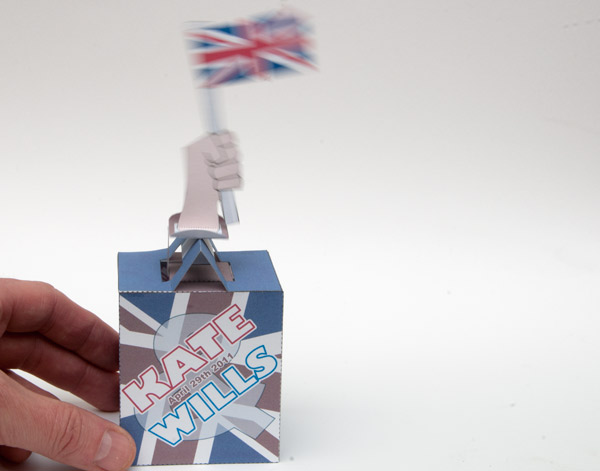 Complete the model by gluing the hand to the stand. Move the box even just a little and the flag with wave enthusiastically!