I had a notion to create a stop motion animation of my Paper Globe rotating slowly in its frame. I downloaded and printed out the parts but as I started putting the model together a had a few ideas of how it could be improved so in the end I’ve decided to make a 2018 version of the model. 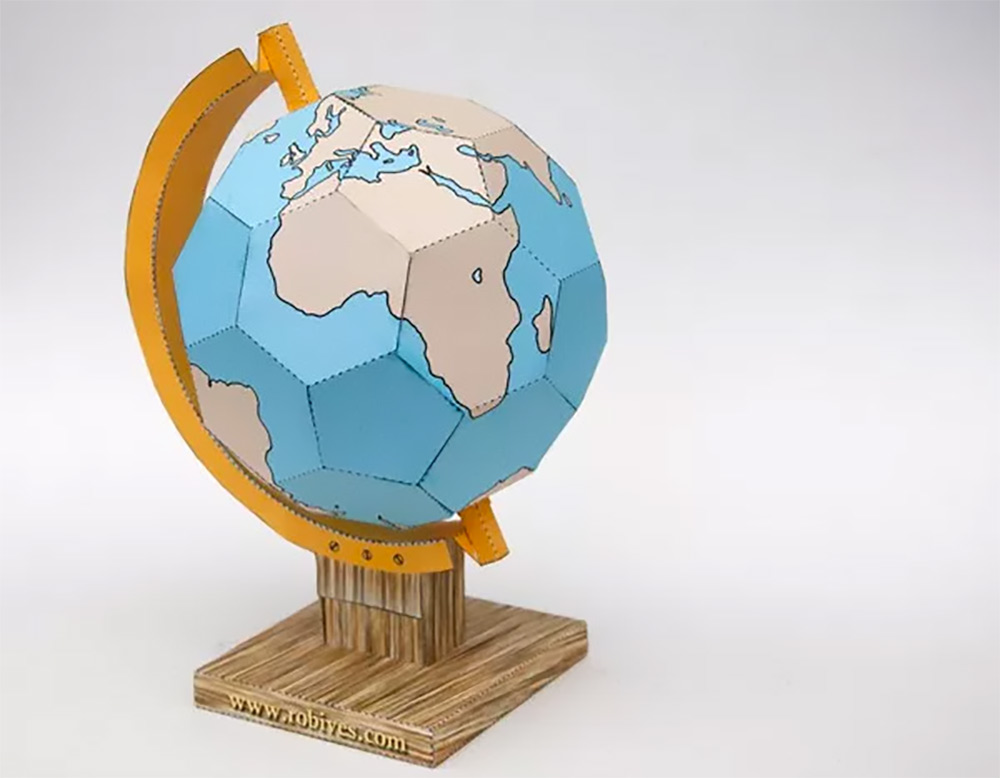 First things first, the globe. I’ve used a scaled down and re-coloured version of the Earth Globe from here. It has more faces but is far easier to put together. 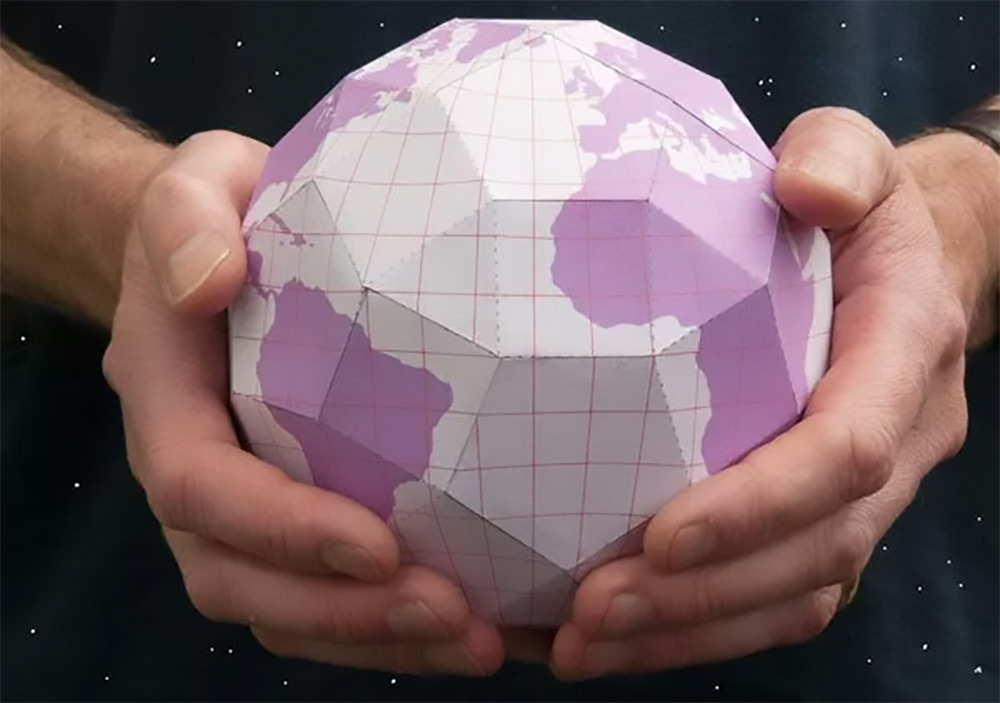 Rather than a plain square spindle I’ve added round ends to make it turn more freely. The square section of the spindle is within the globe. 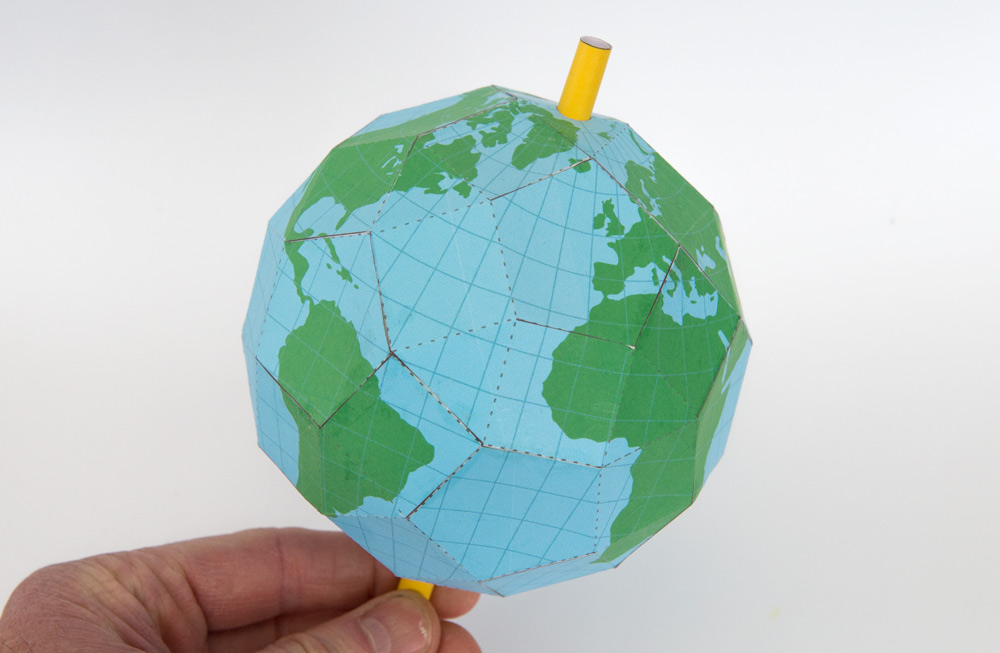 Next step – the frame. The original version had no outer cover, you can make out this detail in the first image. In this version I made up a frame with sides and a front and back and fitted it into place. 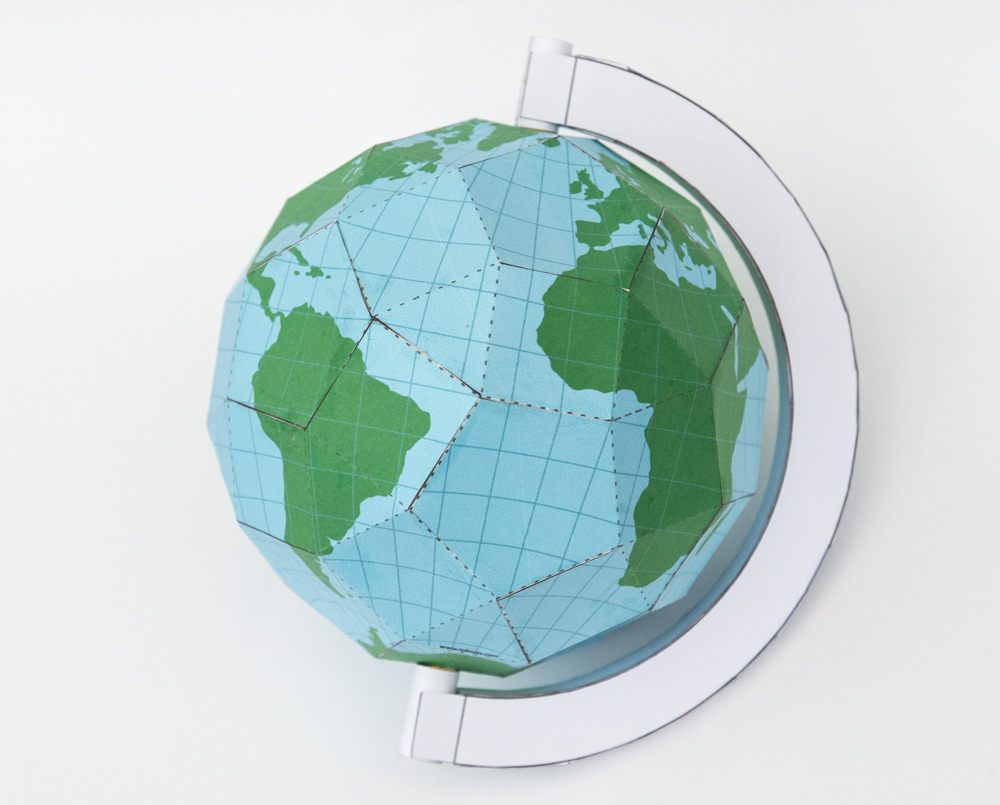 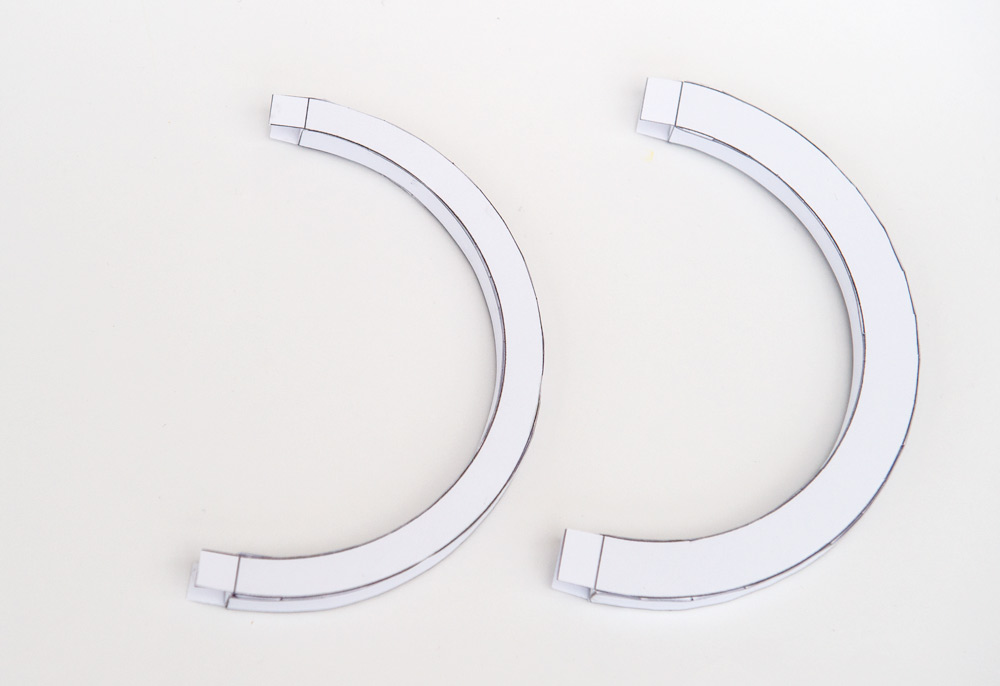 Here’s the new globe with the thinner frame. 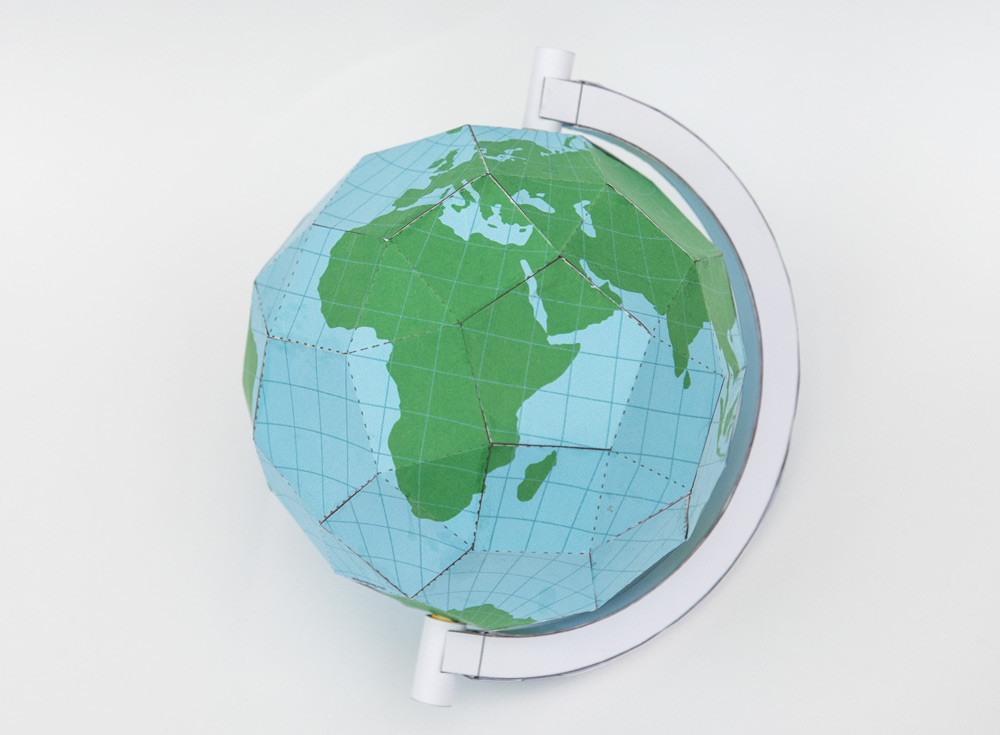 Next step – redesign the base.