This is the project for which I had originally designed the (did I mention award winning?) paper horn. I wanted to experiment with sound playback. I'm working on another couple of projects, more of which later, but I'm also fitting in some experimentation on this sound project. It is non stop at robives.com Towers! 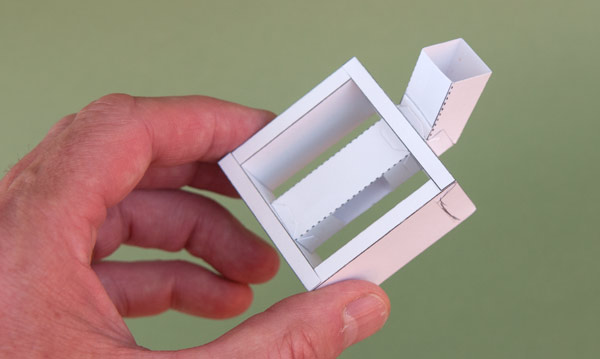 I covered some detail about the sound wave disk in a previous post. I'm now working on a read-head. I made up this box with double thickness walls for rigidity and a sound outlet hole where I'll be attaching the horn. 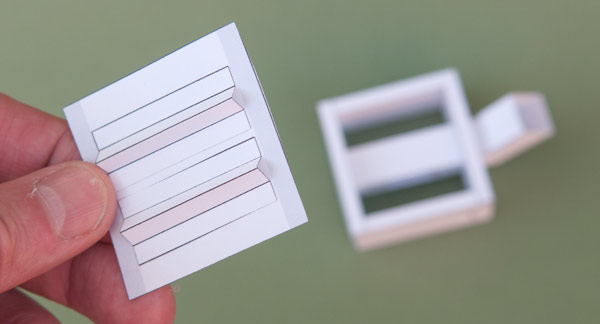 I've put a couple of stiffening pieces across the underside of the lid. I'm trying to keep things as rigid as possible so any sound energy is not wasted moving the box sides.

The equivalent of a record stylus is made from a piece of card. This is glued to a piece of paper. I used paper so that it moves easily when the stylus is dragged across the wave form disk.

I've glued the stylus to the bottom of the box stretching the paper tight before the glue fully dried. 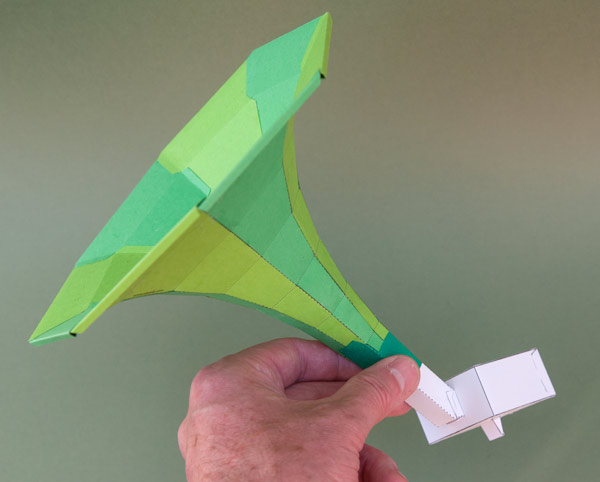 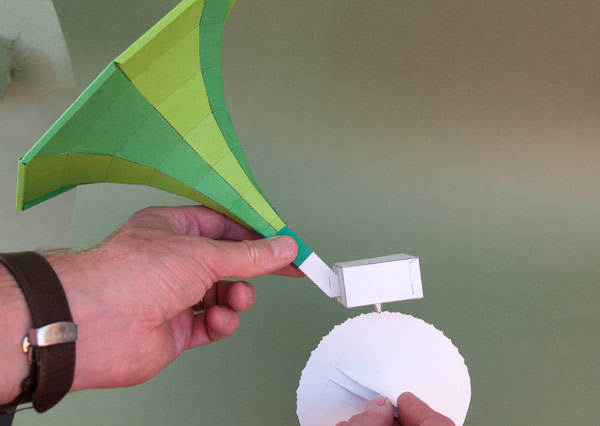 Next I need to fit everything together so that the stylus runs against the edge of the wave form disk. The closer I get, the more I think that it can't possibly work… A couple of observations: The wave form on an old style vinyl record disk are much smaller than the wave forms on my paper disk. Hand cutting them much smaller than they are is not really a practical proposition. Secondly, even though my intuition says it won't work I can't see any major block to getting it working some how.