First draft of the Mouse Machine mechanism. I’ve put together a model as a test of the layout I sketched out earlier. The mouse will fit on the base plate and will appear to be operating the crank as the handle is turned. 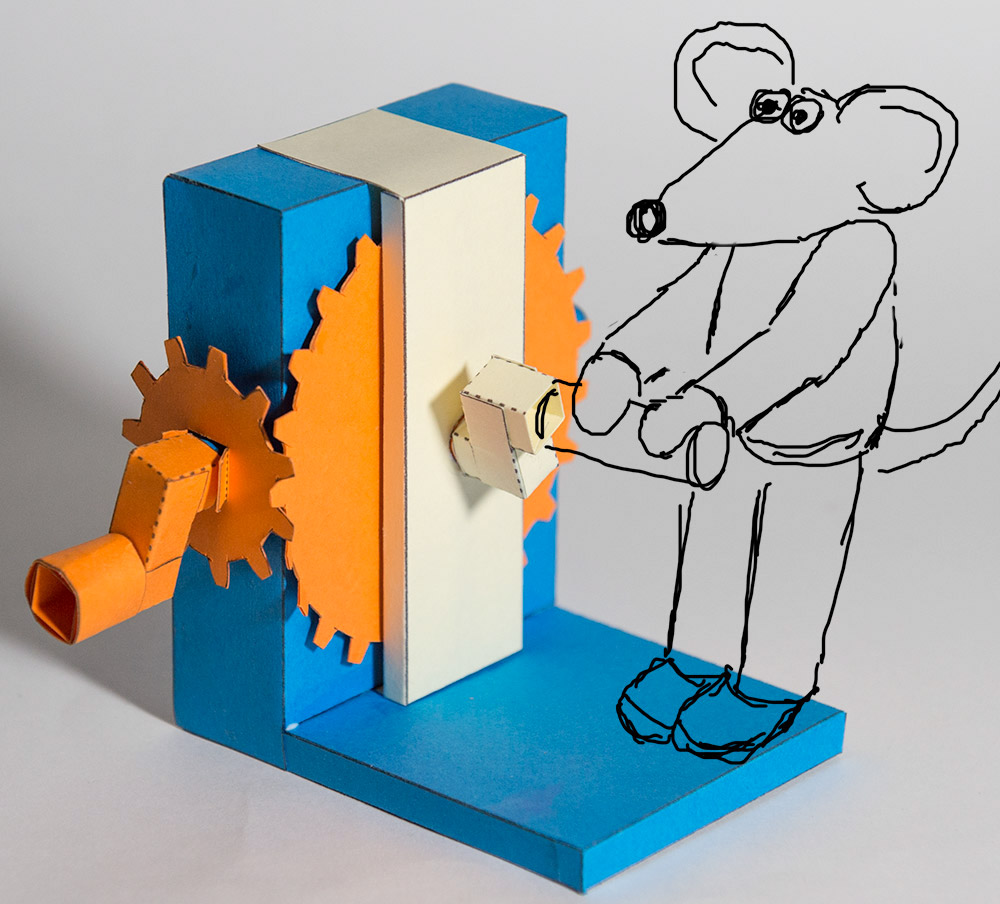 There were a couple of problems with the first draft.

First, the main gear was intended to be flush with the box front but was being pushed away by the pinion gear.

Secondly I had initially made the crank and pinion as two separate parts but on completion it looked like they would be better as a single unit. 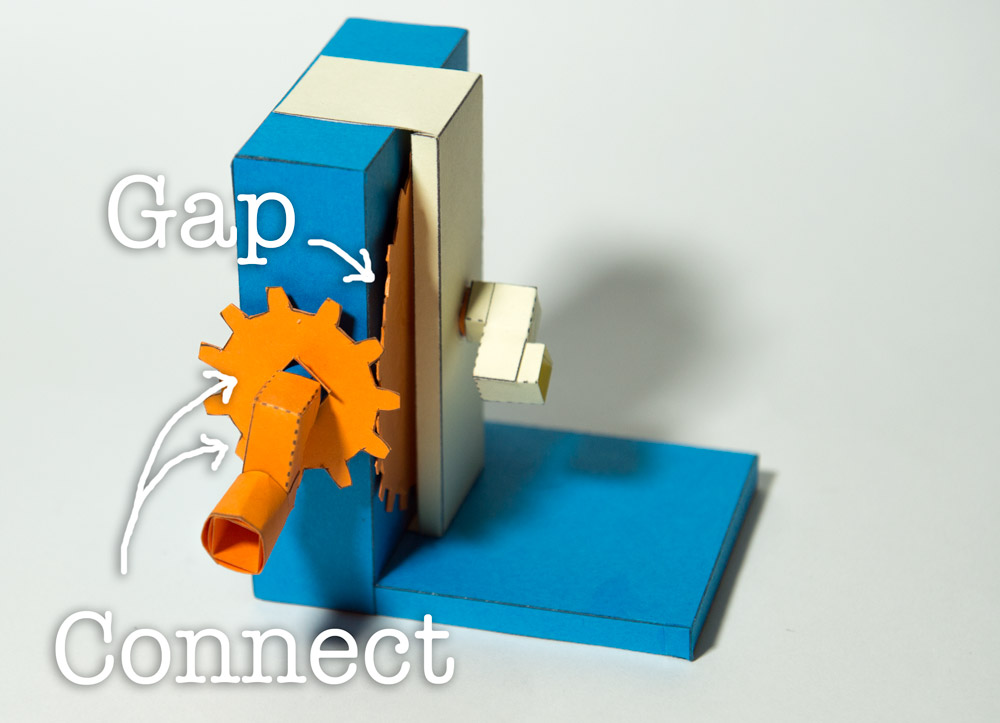 Rather than completely remake the model I employed a trick I often use when prototyping. The axle holes in the box side needed to be moved back by 3mm so I remade just the sides with the holes in the correct place, I expanded the hole in the original box, then glued the new sides into place creating a repositioned pair of axle holes. 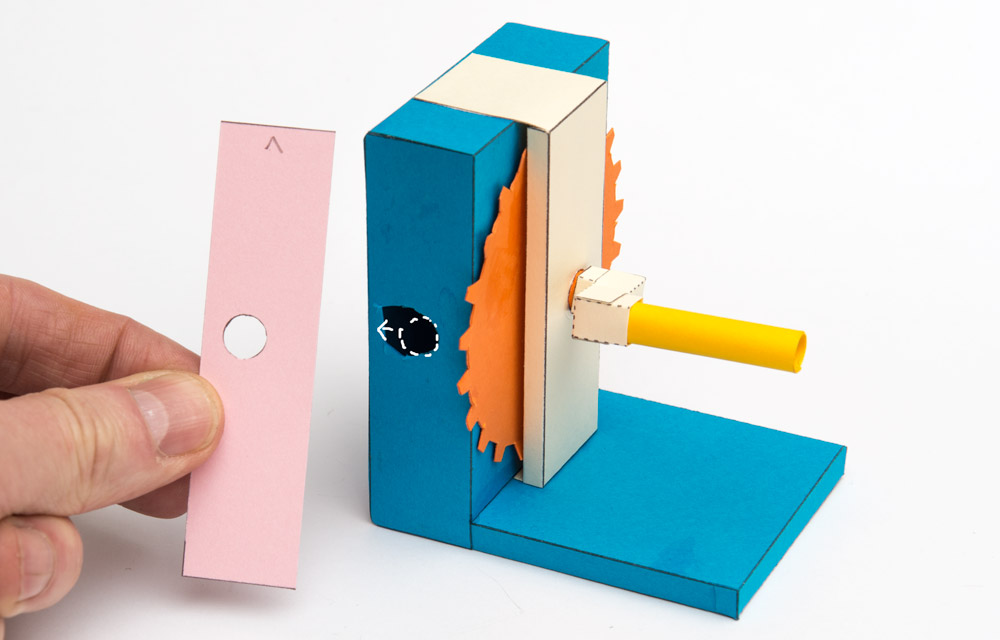 I also make up a new handle with a longer shaft and glued the pinion to it. 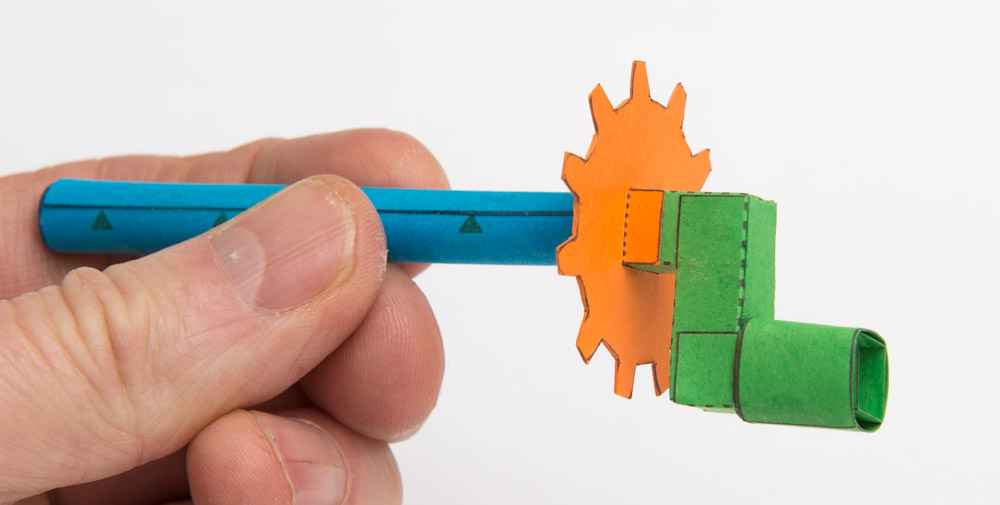 With the drive axle in place I fitted a lock piece to the end opposite the pinion to stop the axle coming out then fitted the yellow horizontal handle to complete the mechanism. 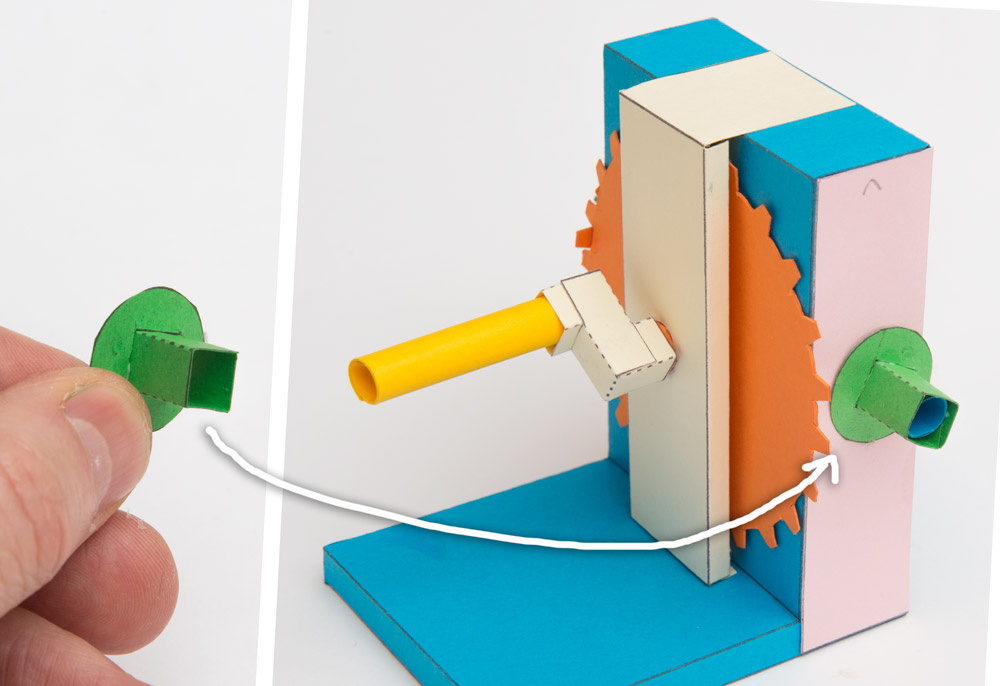 With everything in place it is time to move to the next stage, making a mouse with shoulder and hip joints. 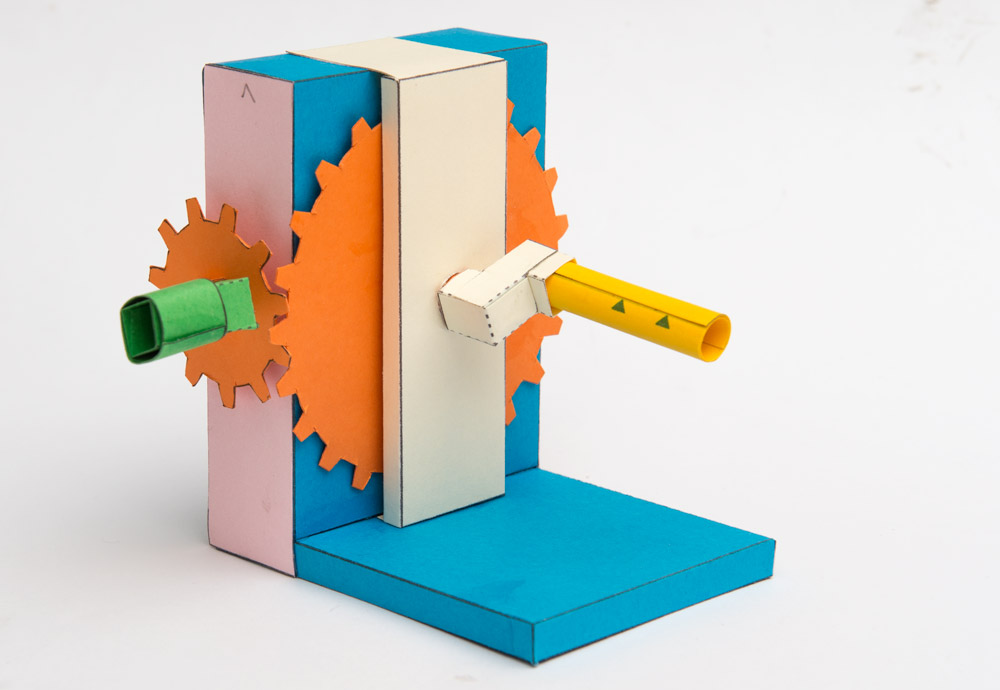