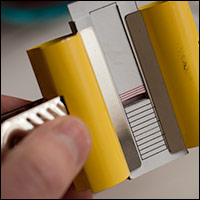 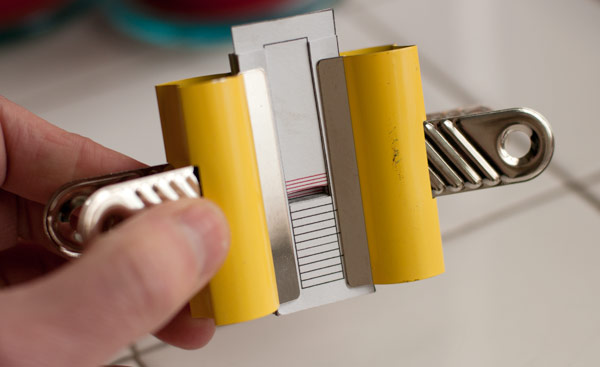 To allow me to experiment a bit with some of these variable I've stacked up cut cards but held them together with with bulldog clips for easy disassembly. Neat eh?!

A bit breathy perhaps but with some promise.

Looking at the parts from various angles it became apparent that the edge the air flows over, vital in the sound production, was slightly bowed. Make it narrower, I thought, then there will be less room for bowing.

I reduced the width by a half and tried various slot heights  2mm: (Fading out slightly if I blow too hard)

…and 4mm (sounding a bit hissy)

…before settling on 3mm as the optimum size.

I then experimented with the height of the air slot by adding extra layers of card in strategic places resulting in what I think you'll agree is the cleanest sound yet.

Having optimised some variable I carefully stacked up the parts, gluing each layer to the next. 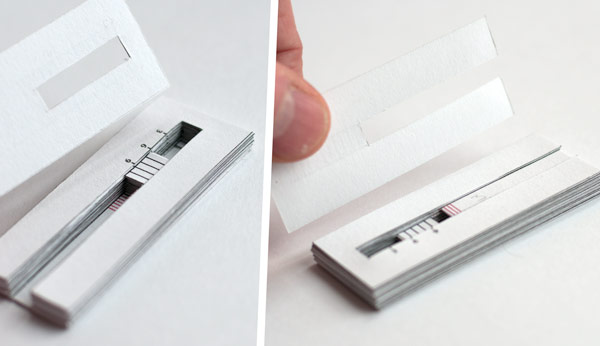 With the glue dry and the bull dog clips removed I ended up with this. 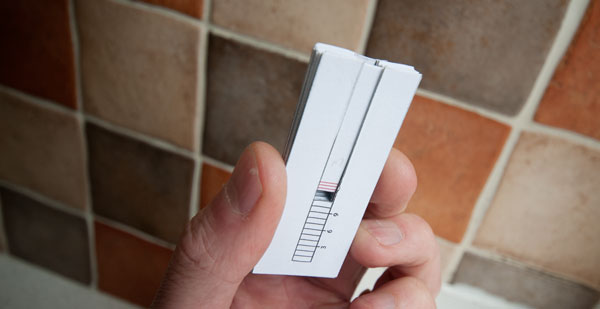 A completely silent pipe! Arghh! Pipes are so frustrating! I'm pretty sure that it comes down to tolerances. I'm going to have to think of a way of having errors that cancel each other rather than adding up. Bleugh. That's it for today though. #1 Son and I are heading off to set up lights and sound at the local am-drams. It'll give me space to think…