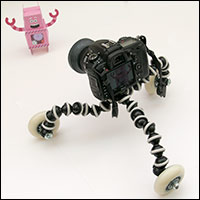 The whole point of video is the movement. It is what differentiates it from photography. Videography of a static subject comes to life then the camera is moving, however subtly. By moving the camera round the camera the solidity and depth of the subject becomes apparent. That's the theory. To that end I'm working on a way of steading my camera while I pan round the paper model I'm filming. I have an old generic gorilla pod to which I plan to fit wheels. Here's the story.

After a bit of experimenting it turned out that the rubber feet on the end of the gorilla pod legs covered a plastic cap. I pulled off both the rubber and the cap and discarded them 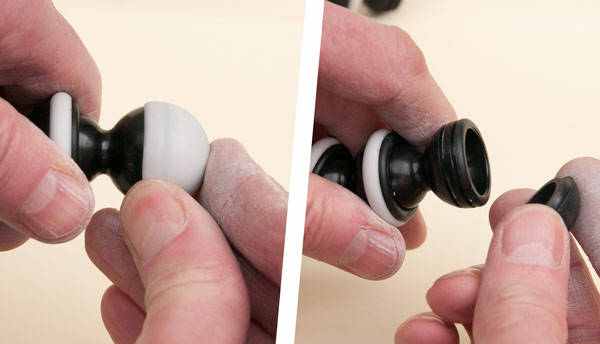 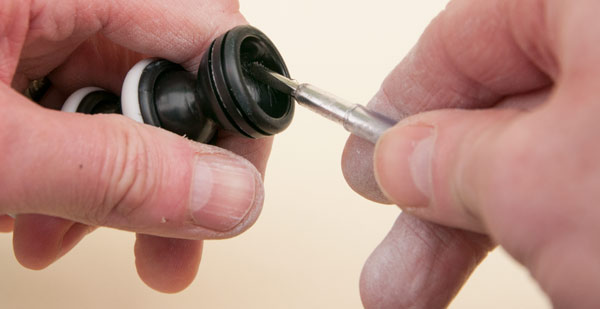 I now had a hollow hemisphere to which I wanted to bolt the wheel. I was concerned that the part would be crushed by pressure from the bolt so I decided to fill the space with Milliput. First of all I scratched the inner surface of the foot to give it a rough texture for the Milliput to key onto.

It is used by thoroughly mix equal measures of the two parts. The resulting putty sets hard in two to three hours.

I mixed up enough to fill each of the three feet. 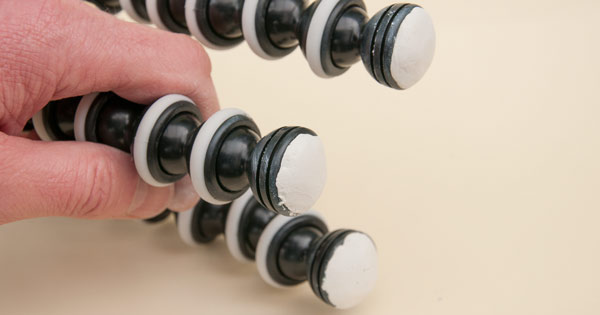 By slightly over filling each of the hollows I was able to apply a slight convex surface to each foot. 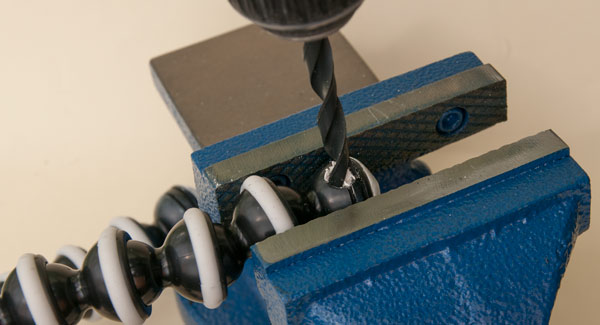 Once the Milliput was completely cured I drilled a hole through each foot using an 8mm drill bit. 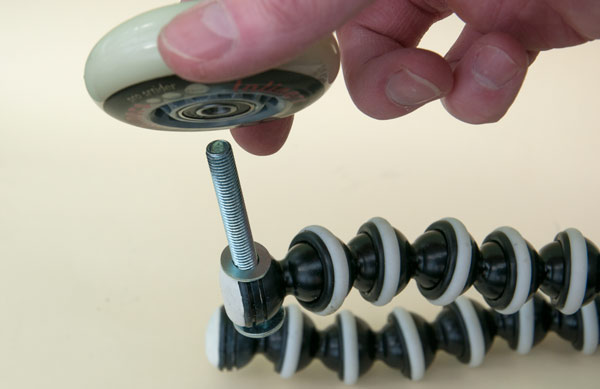 A suitable bolt (75mm M8) fitted though the hole and a washer was added to ensure that when I fitted the wheel it didn't bind with the leg. The wheels I used were a set of 72mm roller blade wheels fitted with suitable bearings both of which I picked up on eBay.

I added a second washer then bolted the wheel into place with a lock nut. The bolts were slightly too long so I cut them down to size with an angle grinder. 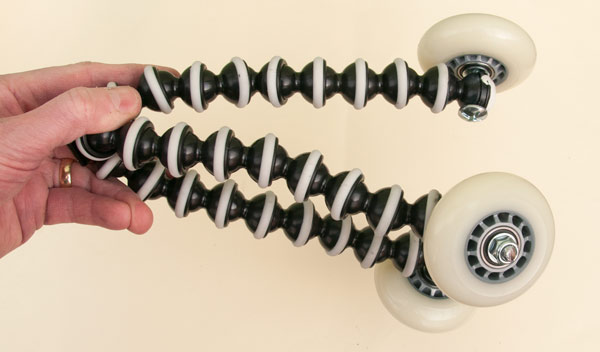 Two more wheels and the job was complete. 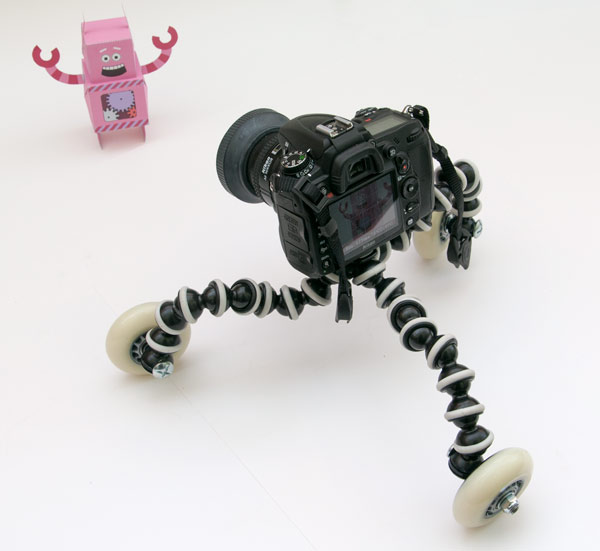 And there we have it. I fitted the camera to the top, lined up the wheels so that the whole dolly moves in a circle centred around the subject. It is all looking good. The angle of the wheels can be changed quite subtly allowing the radius of the movement to be changed. The legs bend and flex allowing the height of the camera to change and it is fairly straight forward to point the camera down at the angle required.

I should have some film up shortly.

I planned to add this project to Instructables.com. Turns out some-one got there before me.