More work on the worm gear. I’ve been trying out a few different variations in design. This is what I’ve come up with so far:

In the original version, the walls of the worm part were prone to bending over if to much pressure was applied to them. I’ve greatly reduced this tendency by reducing the height of the walls and by making the worm section one and a half turns instead of one turn. The biggest change though is that the centre core is now a hexagon instead of a square and is now ten millimetres in diameter instead of eight.

I also changed the size of the driven wheel to nineteen teeth though I think I might reduce it back to about twelve teeth in the next version.

In the hand held test the worm and gear work beautifully smoothly. The true test comes next though, when I mount them both in a box. 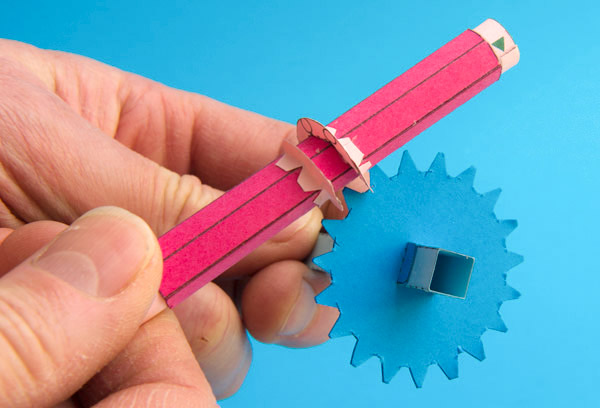