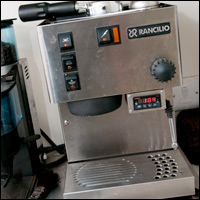 As a regular reader of robives.com you'll be aware that this blog is powered mainly by double espressos washed down with the occasional americano, so you'll understand my distress when my beloved Rancilio Silvia coffee machine started making weird noise and producing less than delicious coffee.

In the circumstances I felt that time spent fixing the coffee machine would speed up production of the flying cow and future projects so would be time well spent. It turns out that the process of trouble shooting and fixing the Silvia was both interesting so I hope you'll indulge me in this non paper based post.

In the past I had fitted a pressure gauge to the machine. Checking the gauge I saw that the brew pressure was 5 bar rather than the usual 9 bar.

Time to crack open the case.

The boiler is made from two large brass parts sealed together with a rubber gasket. When I took the gasket out I thought I'd found the source of the problem. I replaced it and put the machine together for a test brew. The slight weeping at the edge of the boiler was gone but the pressure still wasn't right.

With the machine on the work top I could hear a continuous hiss which I eventually tracked down to an overflow pipe connected to the boiler.

Inside the machine the boiler is connected to the brew head via a pressure relief valve. If the pressure is too high, excess water is released through an overflow pipe back into the water reservoir. 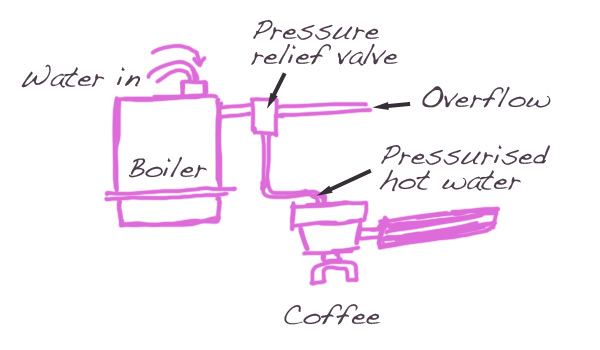 I reckoned that the pressure relief valve was source of the hiss so that was what I tackled next. 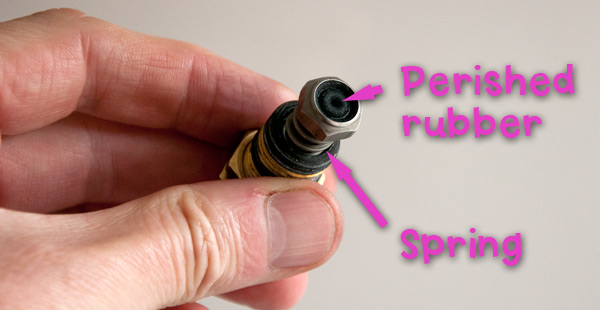 Taking the valve apart I found this spring powered plunger with the obvious culprit at the end. 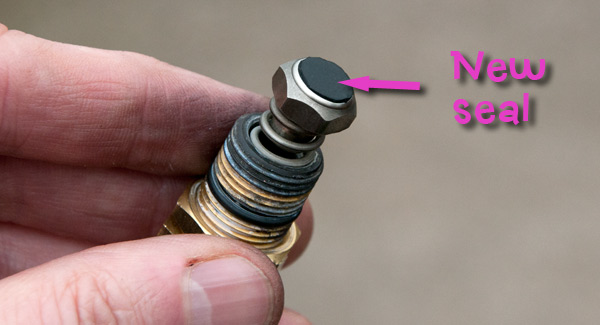 I ratched around in my box of useful things and found a rubber tap washer roughly the same thickness as the existing washer. I trimmed it to size with my scalpel and popped it into place in the end of the plunger. 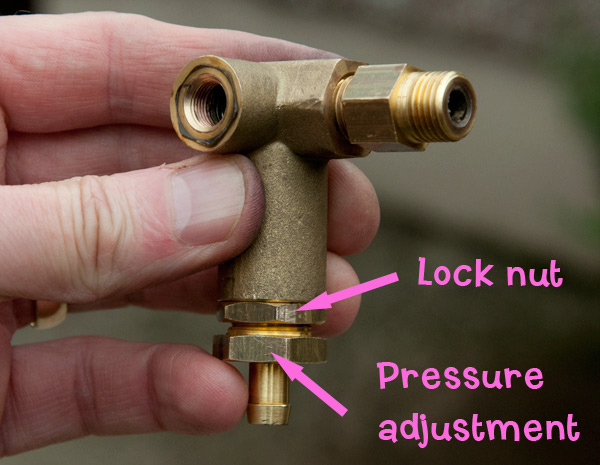 I fitted the plunder back into the valve body. By screwing the plunger in and out the pressure at which the overflow operates can be changed. The further in it is screwed, the tighter the spring and the higher the pressure. Once the pressure is set the lock nut stops it moving 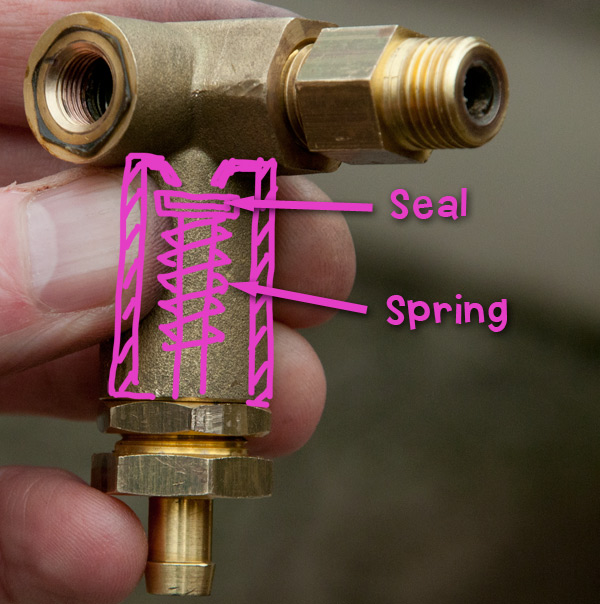 Inside the pressure relief valve. 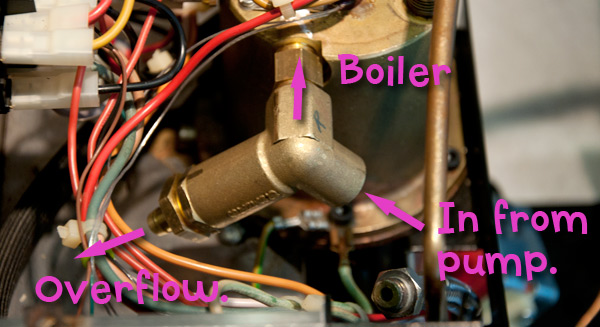 I fitted the valve back into place and reassembled the coffee machine. 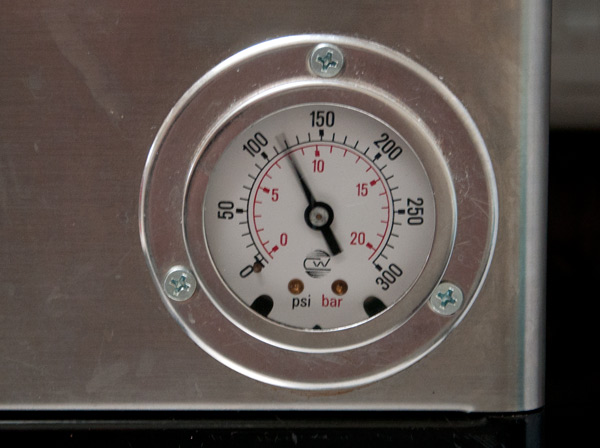 It worked! I just need to tweak the pressure up from 8-9 bar. 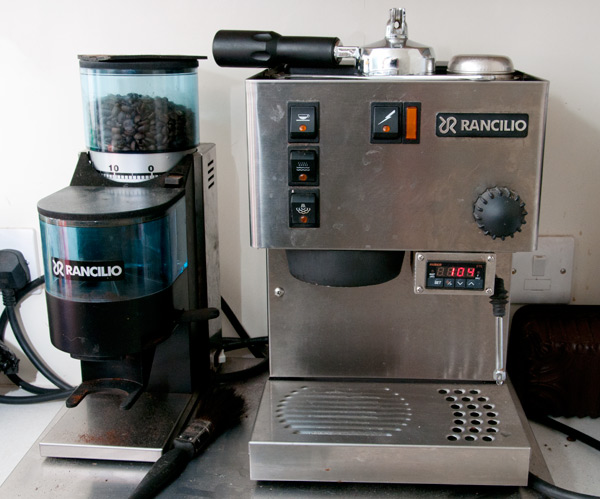