Further adventures with the Early Bird model. I've been trying different ways of of linking the worm to the bird's beak. Two ideas made it from the drawing board to the prototype stage. 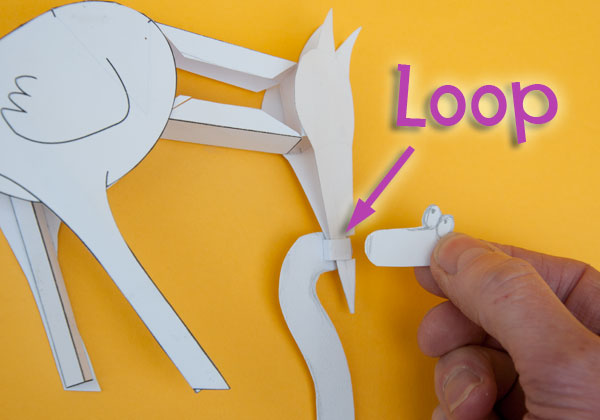 First, I tried cutting a notch in the beak, wrapping a loop of card round the beak and gluing it first to the worm body then gluing the head on the other side of the beak. This made a flexible link which is what I was after but as I was testing it the loop slipped off the beak a couple of times. Not what I want in the finished model. 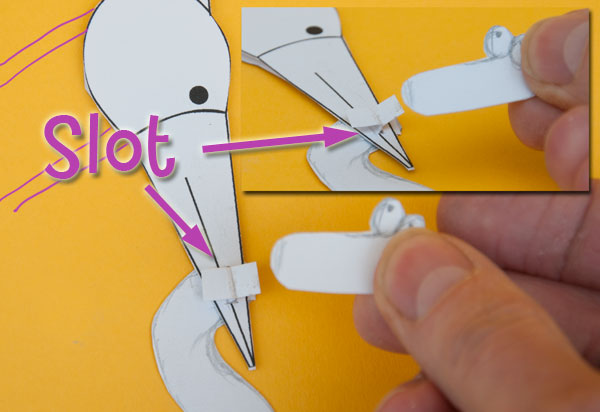 The second alternative, I've cut a slot in the beak and threaded a couple of back to back tabs through it and onto the worm's body and head. This works just as well as the other technique with the right balance of flexibility and rigidity but has the added advantage that the worm can't slip off the beak. Choice made. Box next.