View cart “Snail” has been added to your cart.

Double Giraffe – this paper animation model is based around the Double Bell Crank Essential Mechanism found here. If you are a member you can download the parts for free at the link. Non-members can join in the fun for £2.50 0r equivalent.

Print out the parts onto thin card (230gsm) then score all the dotted and dashed lines. Cut out the holes before carefully cutting out the pieces.

The push rod ends are made from double thickness card. Fold them over an cut out the centre hole before carefully cutting them out. 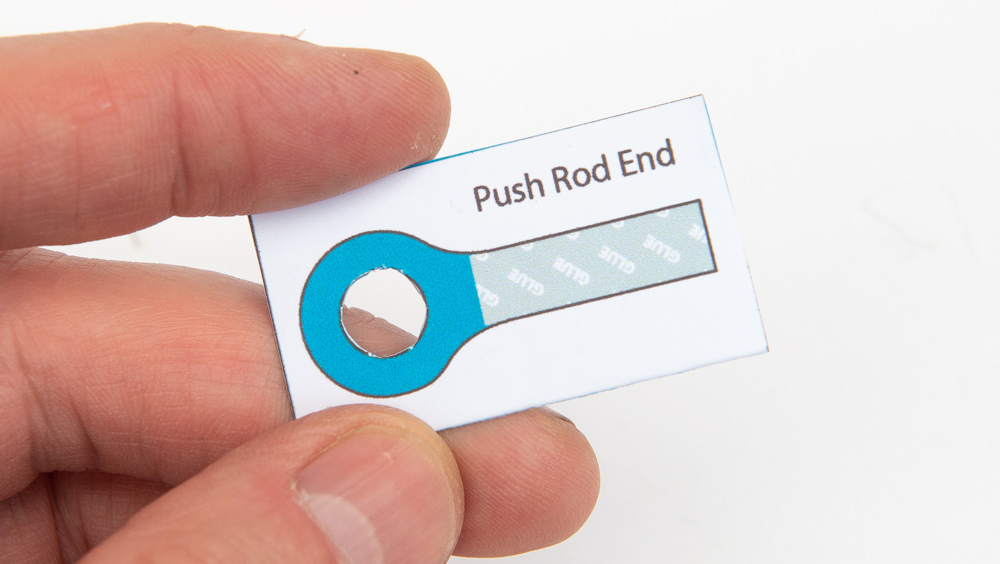 Roll up and glue the three axle tubes. Line up the edge as accurately as possible. 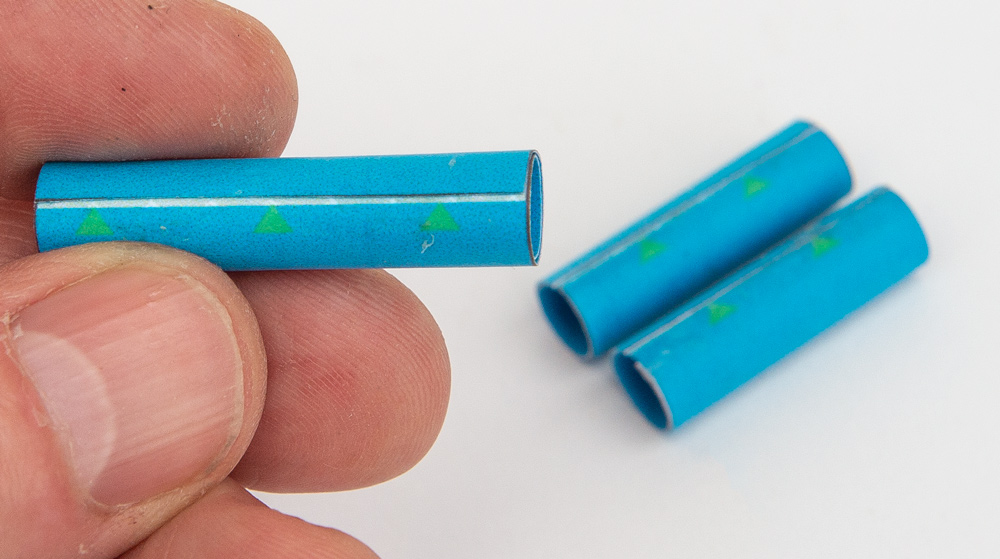 Interlock the two pushrods as shown then thread the longer of the three axles into place.

Glue the crank pieces to the long axle and glue the other two axles into place. 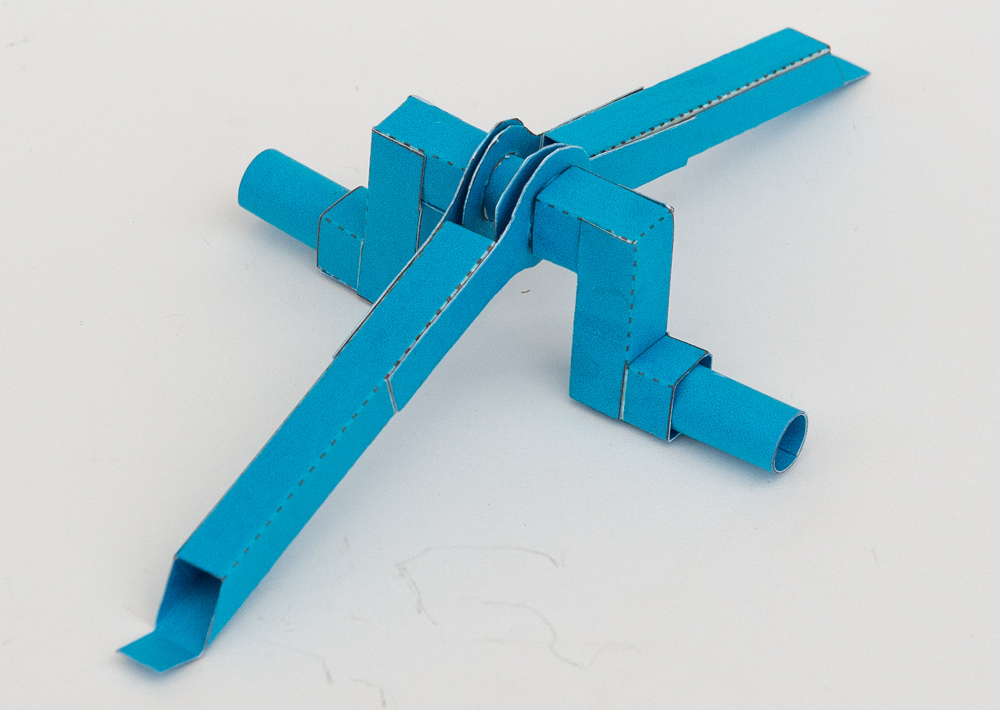 Fold over and glue down the two flat pushrods to make double thickness card. Glue them to the bell cranks.

Glue the square pushrod ends to the bell cranks as shown. 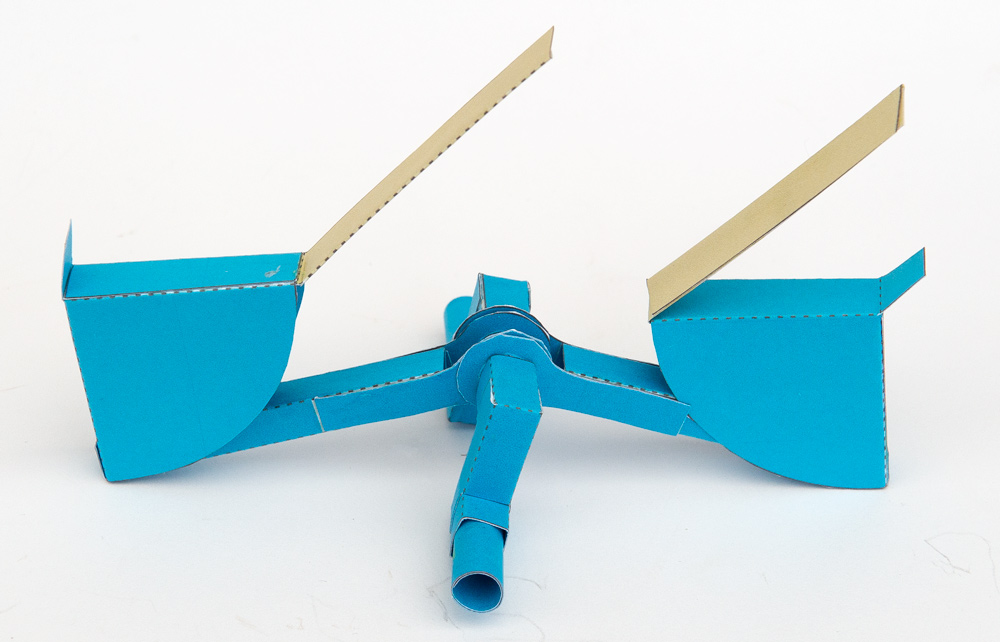 Fold up and glue down the box sides as shown. Fold over and glue the end tabs on the box top and base. 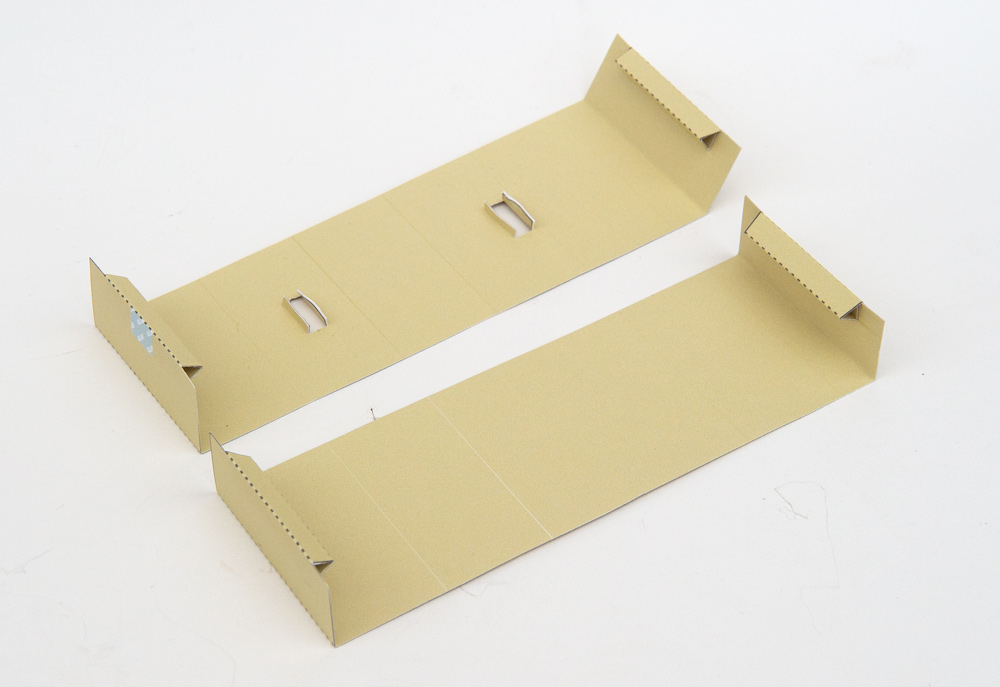 Glue together the four parts of the box as shown. Note carefully the order that they are glued together. 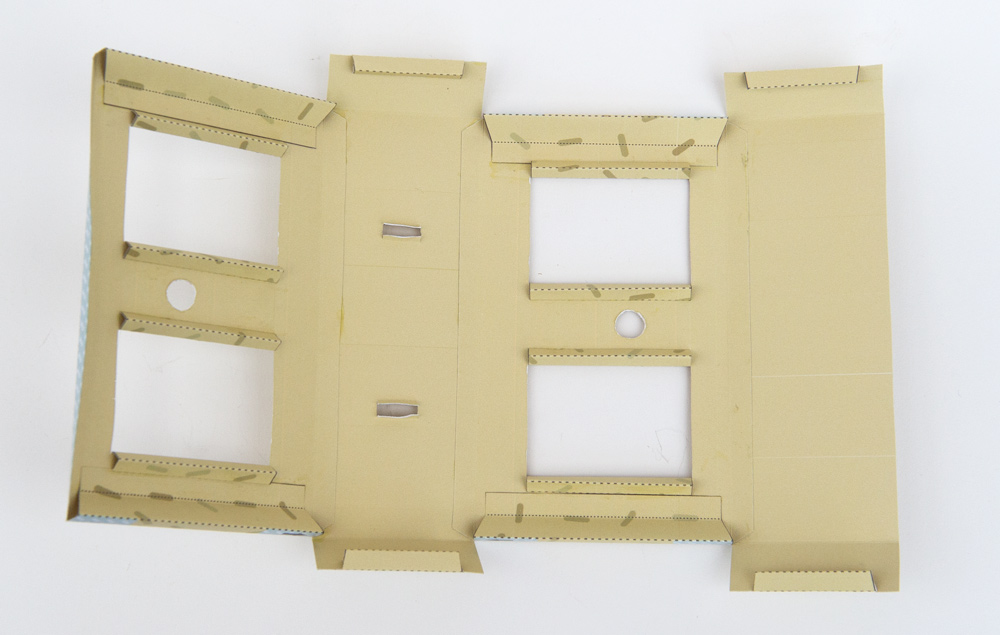 Thread the flat pushrods up through the holes in the box top. Fit the axle into place in the box side. 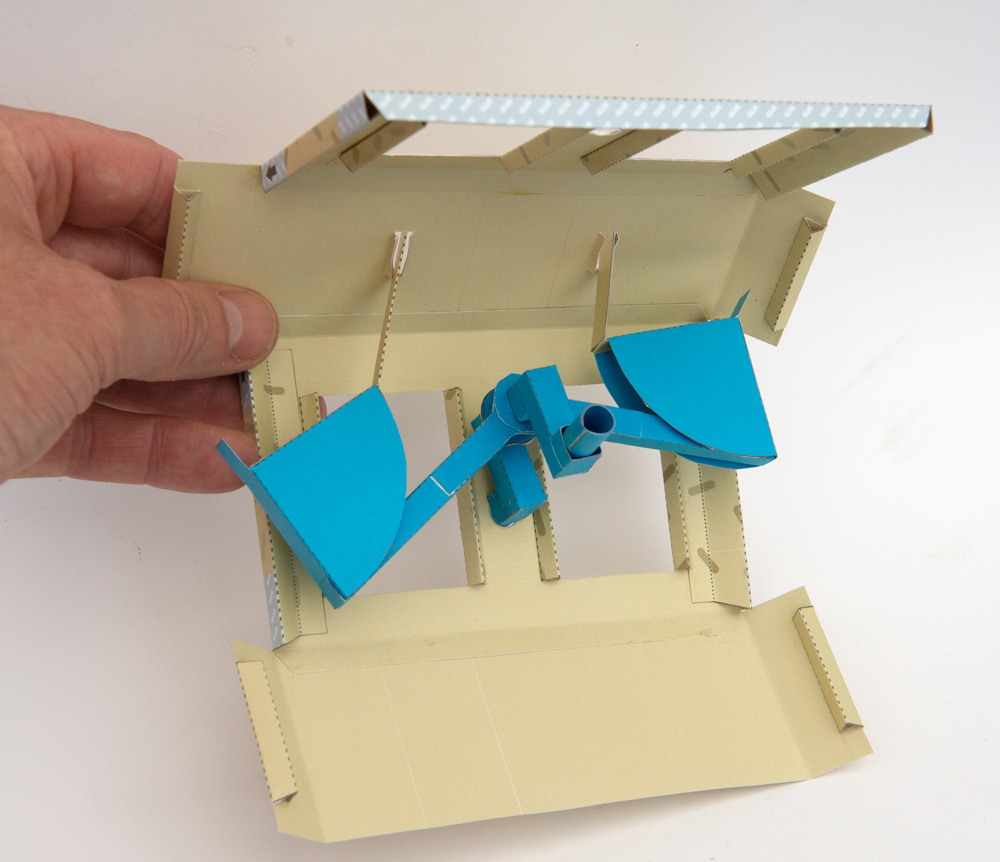 Fold the box round and glue it closed. 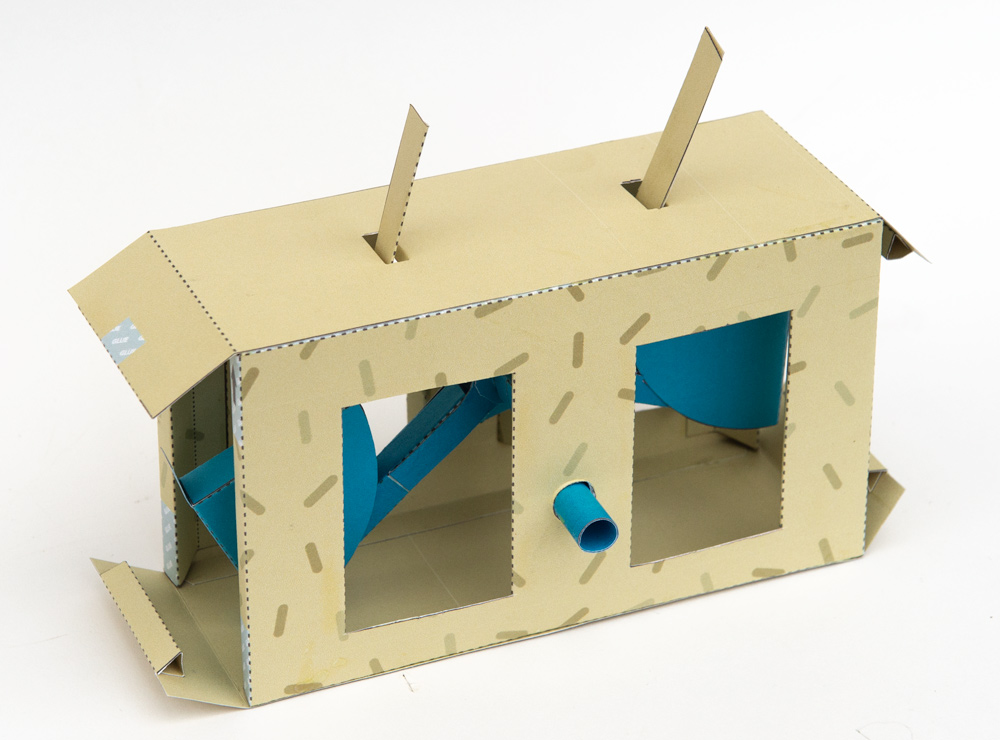 Glue the ends of the box down then glue the bell cranks into place. 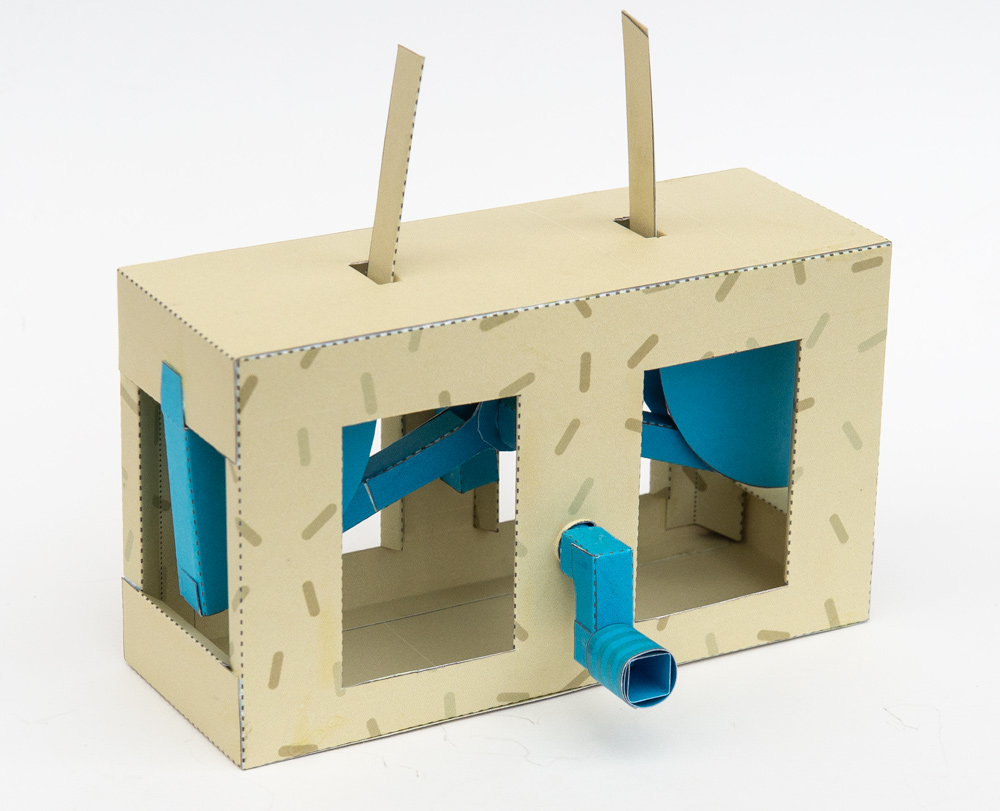 Curve back and glue down the tab on the inside of the giraffe body. 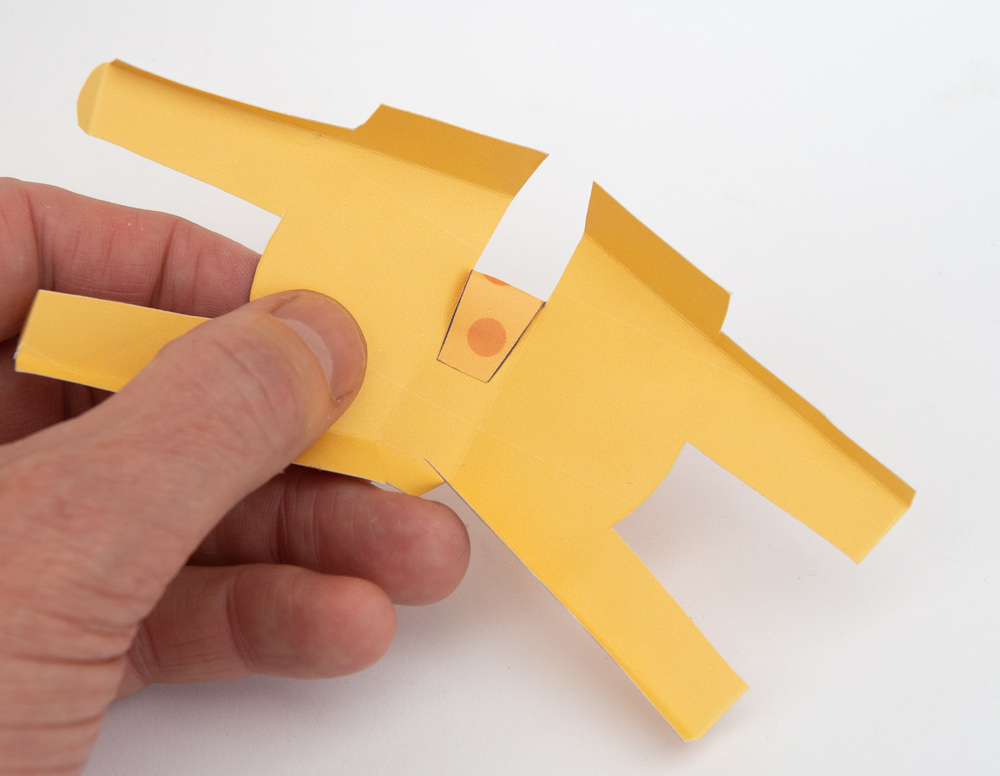 Glue the tail to the small flap at the back of the body as shown. 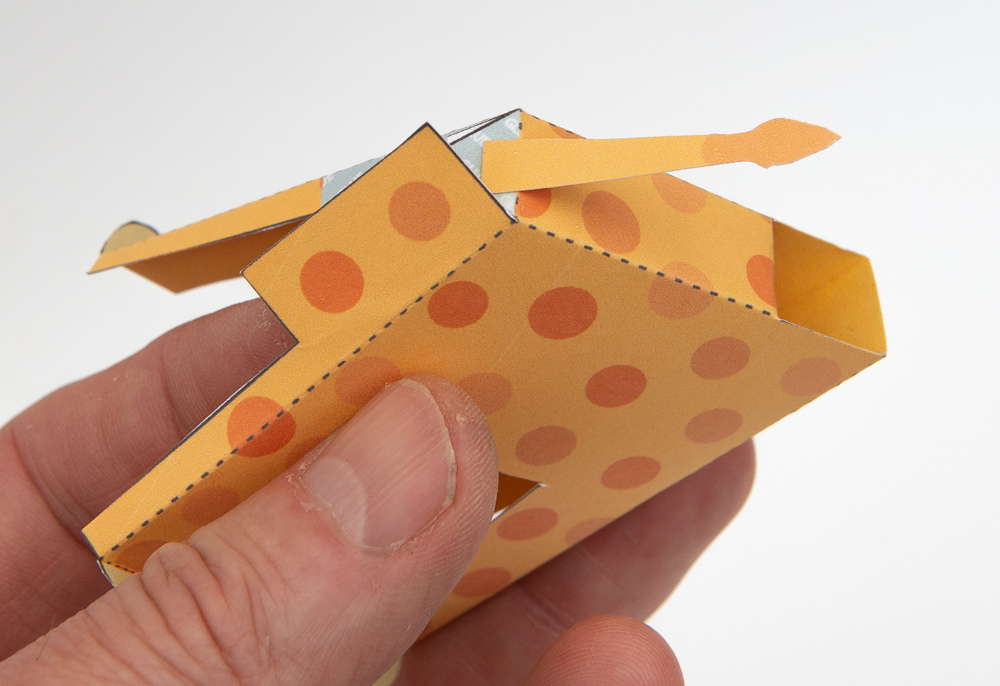 Fold round and assemble the body. 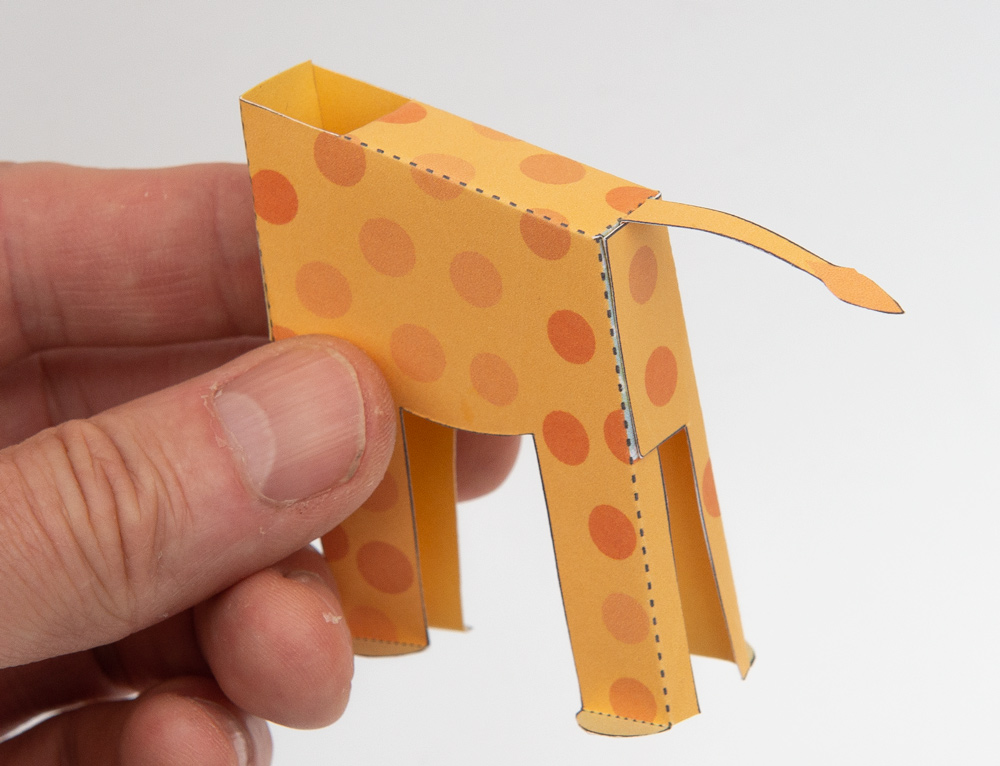 Slip the neck into the body. Make sure it moves freely up and down. Assemble the other giraffe in the same way. Turn the handle on the box until  one of the pushrods is at its lowest point. 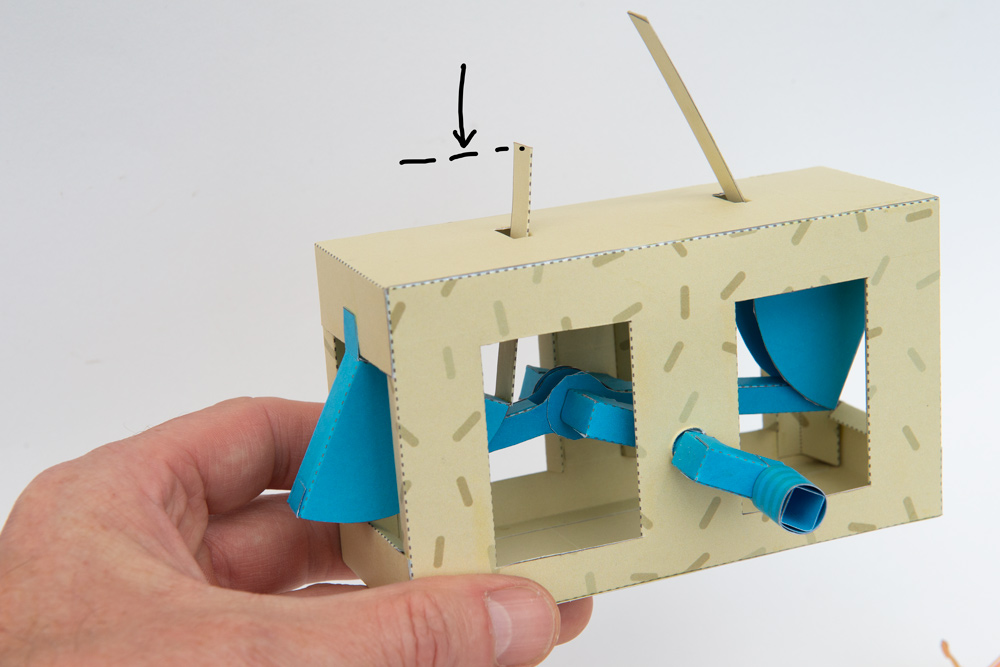 Glue the push rod to the back of the neck so that the neck is a couple of millimetres above the box top. Glue the feet to the box top so that the back of the neck is above the hole in the box top.

Repeat the process with the other giraffe to complete the model!