This double crank push-rod mechanism features a pair of push rods driven at 180° to each other. As one goes down, the other goes up. Use it as the starting point for your own character based automata or perhaps as an excercise in pure mechanism.

Members can download the parts for free at the link, non-members can join in the fun for £2.50/$3.75 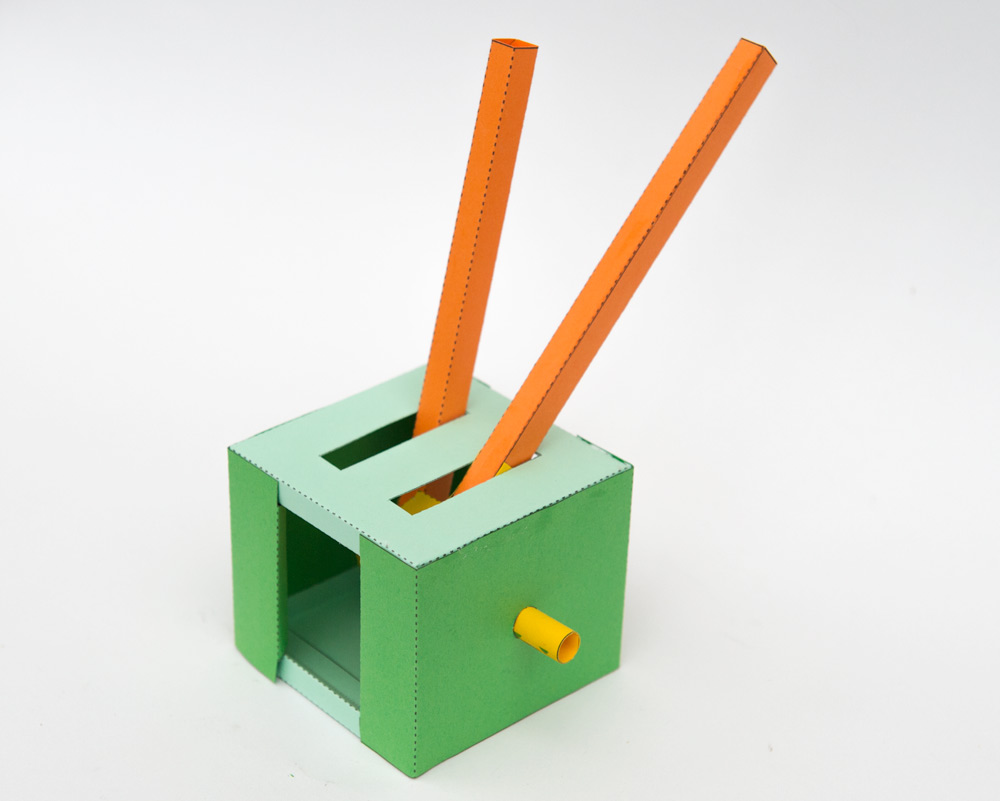 Print out the parts onto thin card. (230 micron / 67lb) I used coloured card for a colourful model. Score all the dotted and dashed lines. Cut out the holes then cut out the parts.

The push rod ends are made from double thickness card. Fold them over and glue them down then once the glue is dry carefully cut them out.

Roll up the axles and glue them lining up the edges as accurately as possible.

Thread two push rod ends onto a ‘centre’ axle. Glue the crank ends to the marked areas on the push rods.

Glue together the crank parts and axles as shown to make the crank assembly. 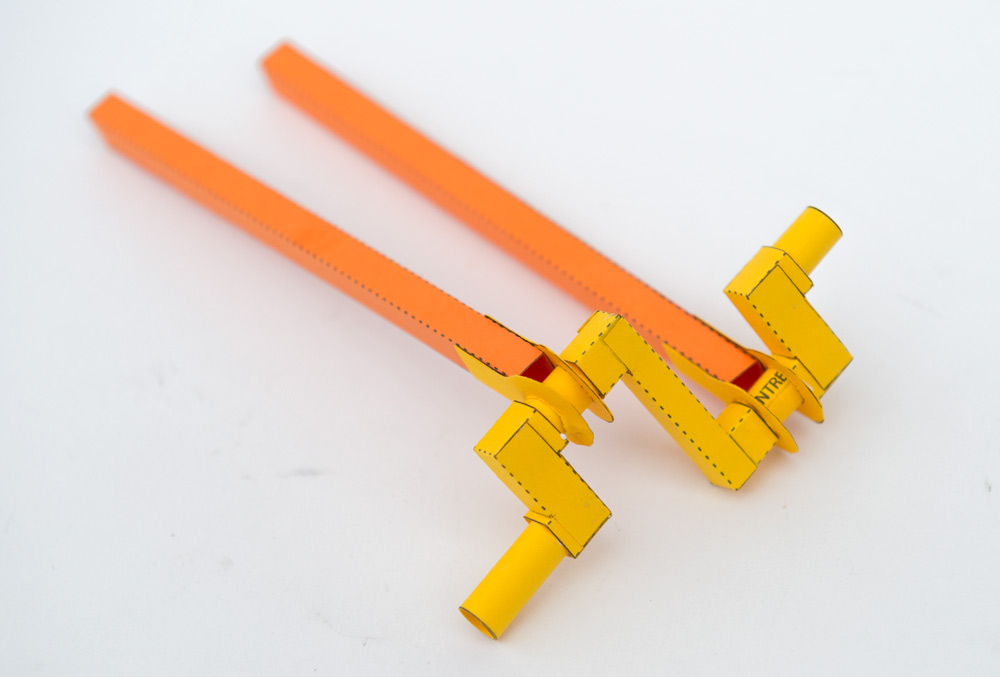 Fold round and glue the top and base making right angle triangle tubes.

Fold round and glue the tabs on the sides.

Glue the two sides to the top.

Thread the push rods up through the holes in the lid then fit the crank into place. 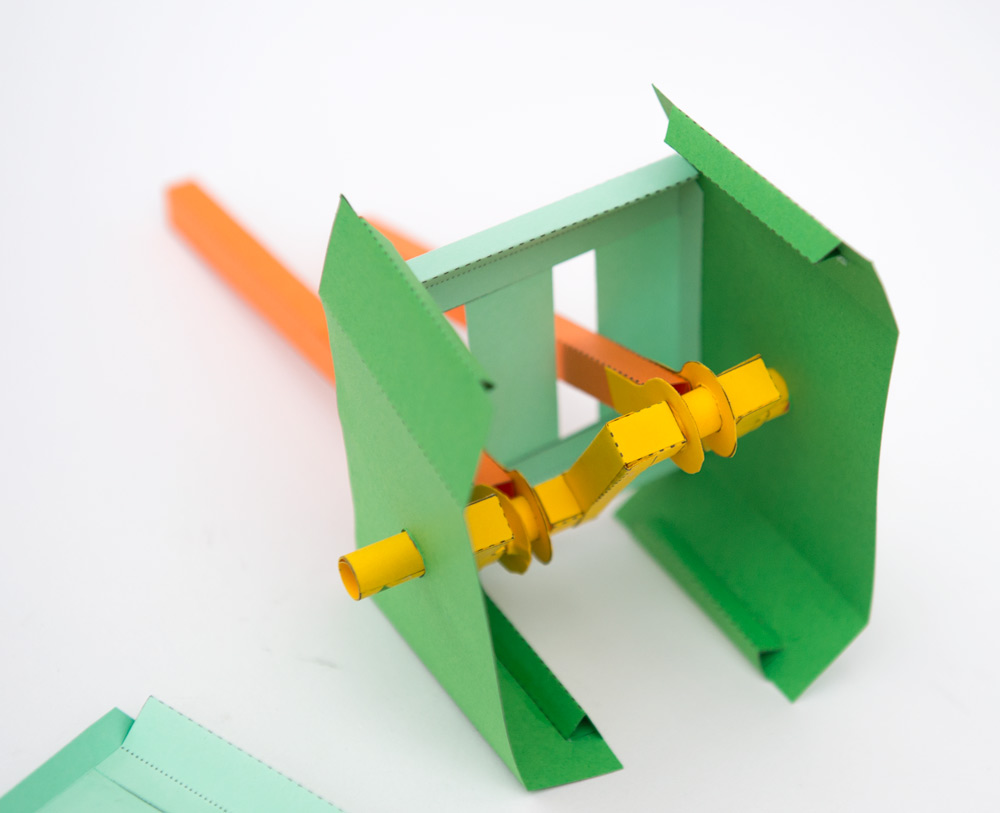 Glue the base into place. 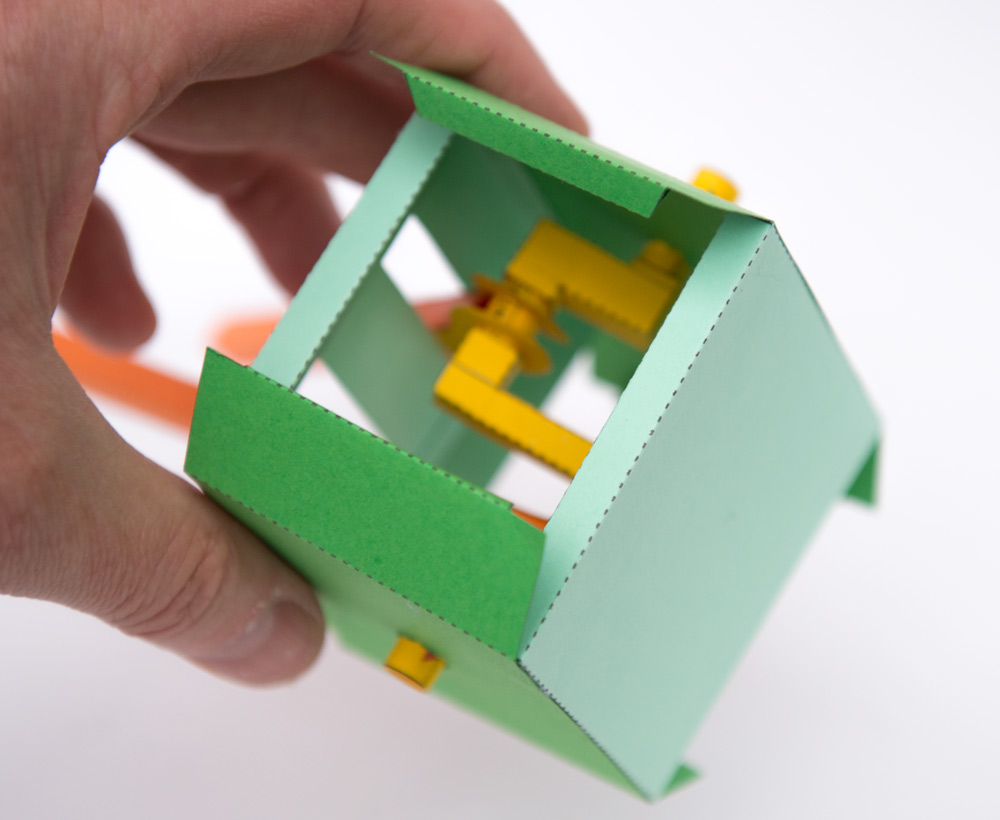 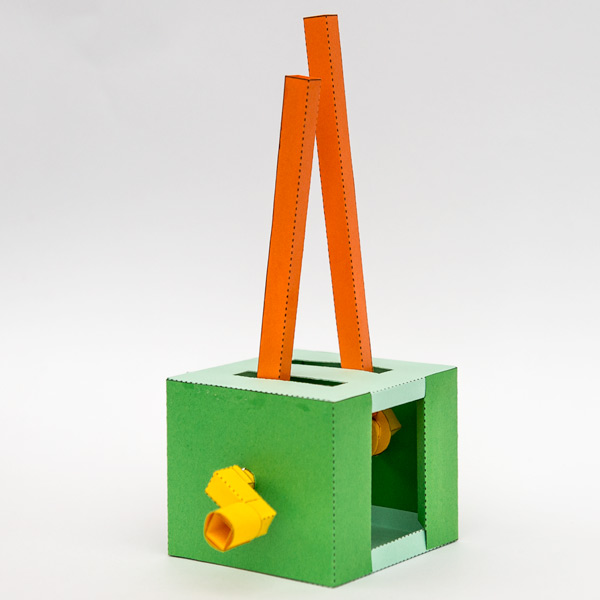 Included in the latest version of the file are two stops which you can glue to the box top to limit the range of motion of the push rods. Glue them to the box top as appropriate to your design. 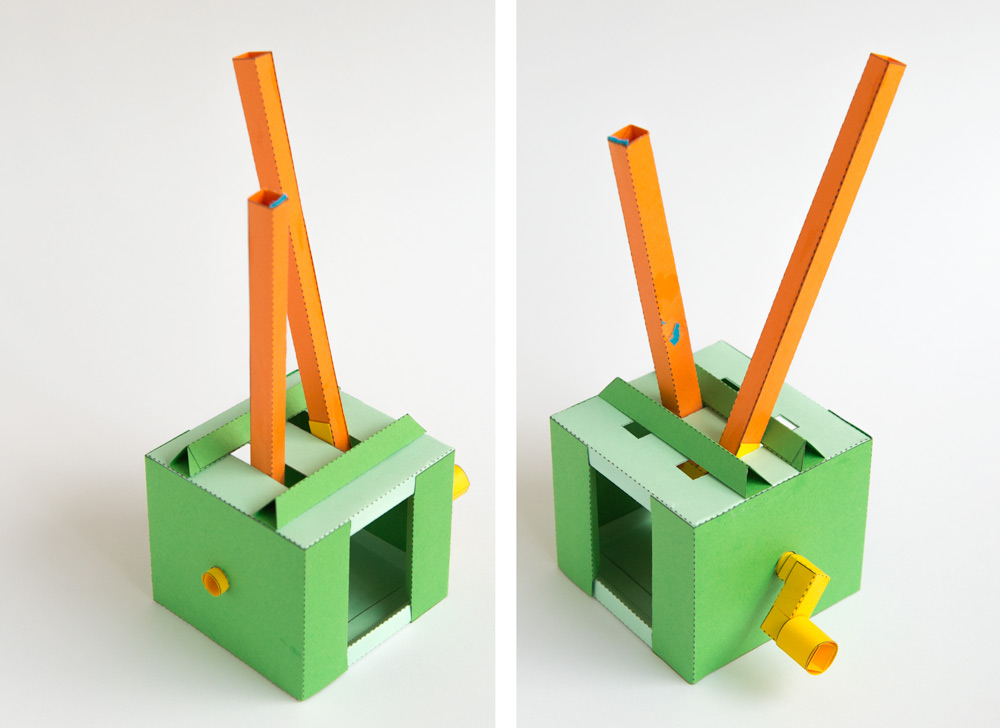 This Essential Mechanism was originally planned as a starting point for a stilt walking automata though I am sure it will have a whole host of other uses! 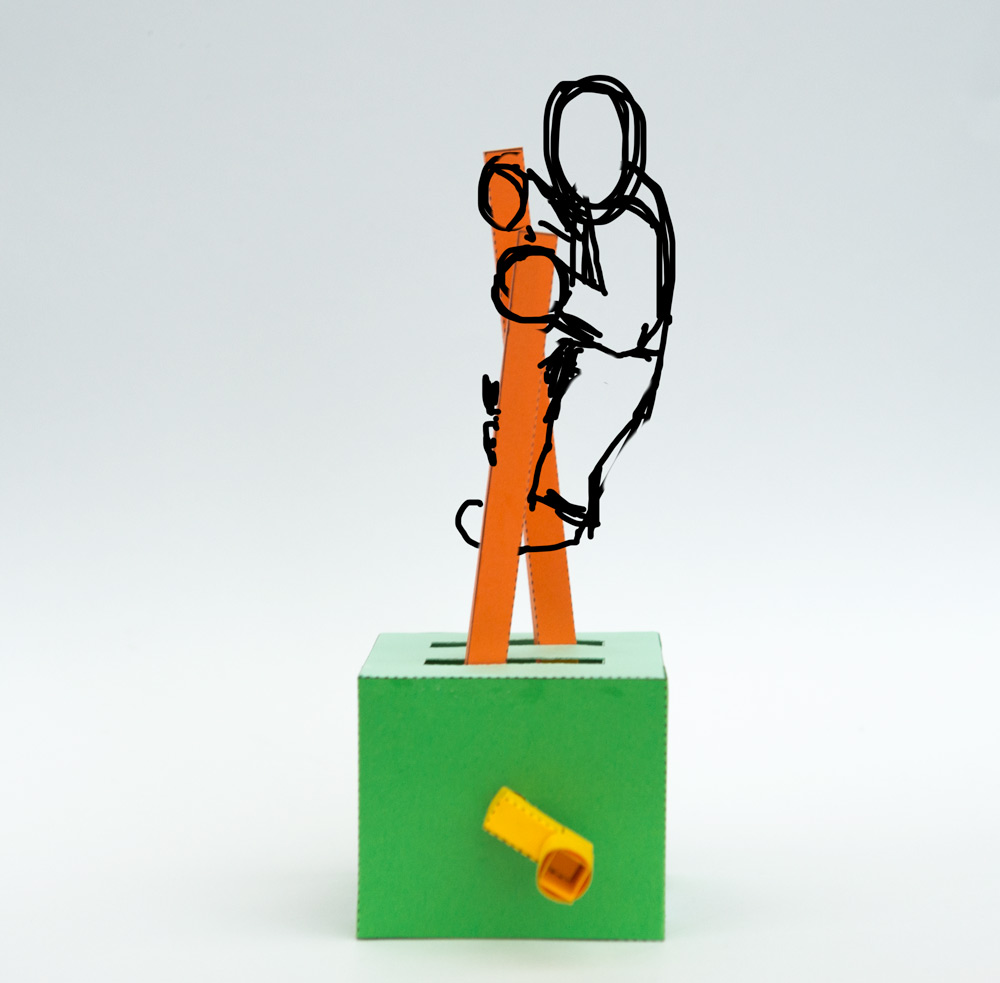