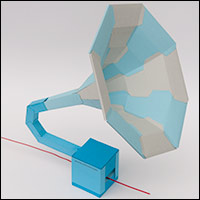 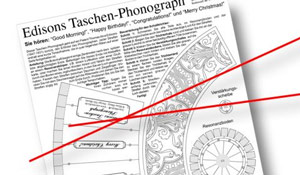 These Edison Strips are available from a few sources across the world. They come in a pack of five plastic strips. Each strip has a rough surface like the surface of an old style vinyl record. By scratching your thumb nail along the strip a prerecorded sound can be played back. AstoMedia Germany
AstroMedia UK
Grand Illusions in the US
This kit is a player that plays back the strips though a paper horn greatly amplifying the sound.

I have made this project available as a free download for members. Thanks for signing up!

Print out the parts onto thin coloured card. (230 gsm / 67lb) I suggest using three or four colours which match together. Score along the dotted/dashed lines then carefully cut out the parts. 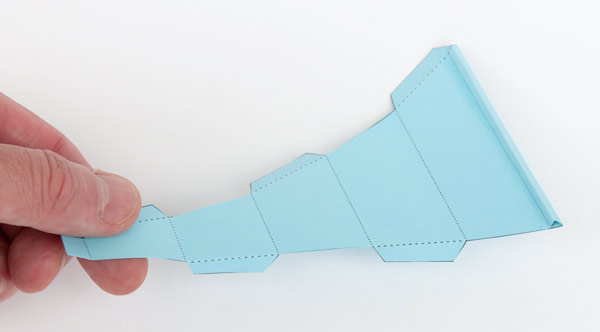 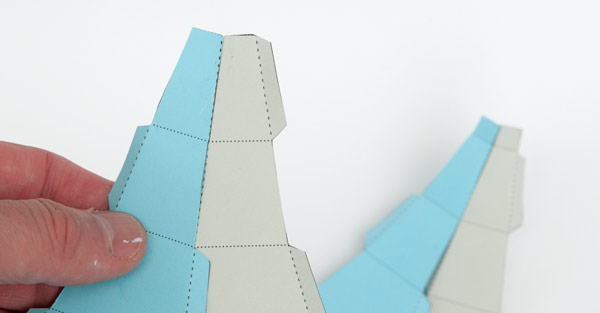 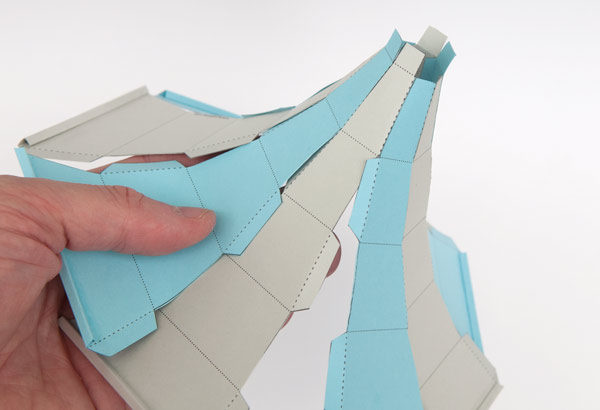 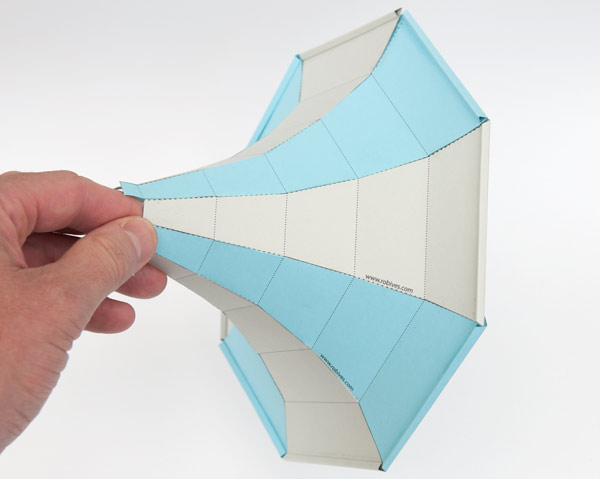 Work your way toward the bell of the horn gluing one ring of tabs at a time. 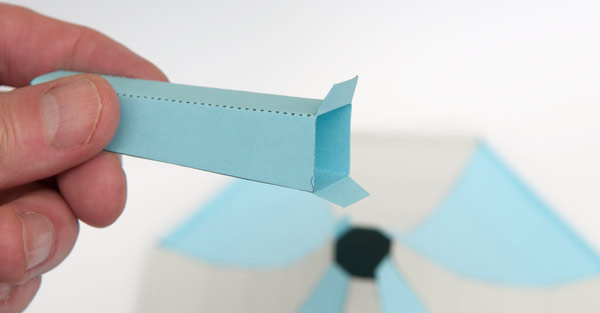 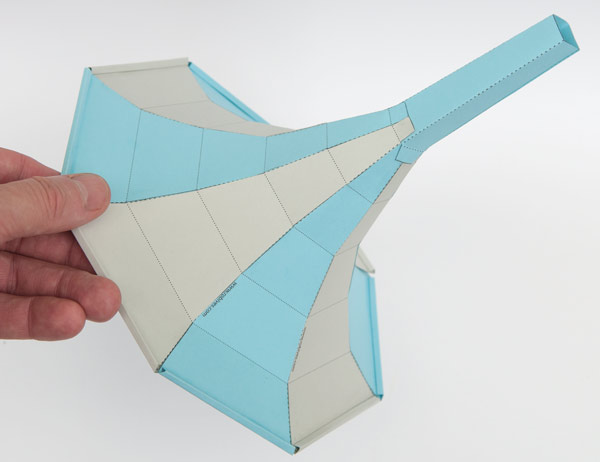 Glue the horn end into place. 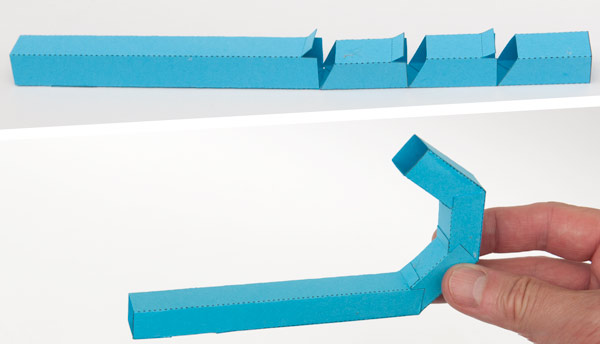 Glue together the two box sides. 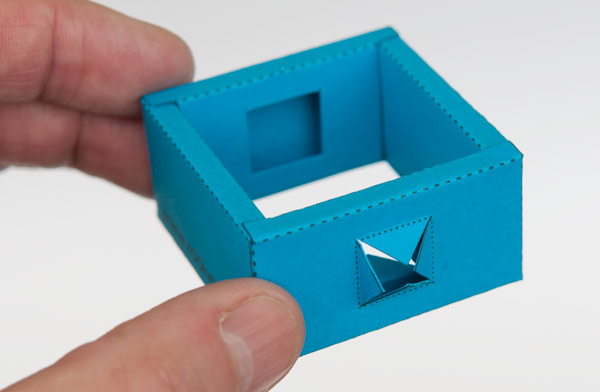 Fold round the two box sides to make a square. 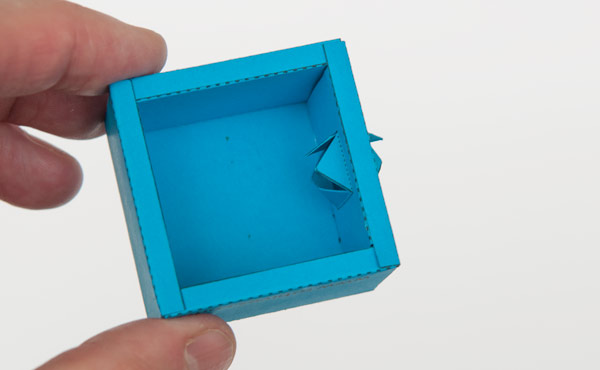 Glue on the box base. 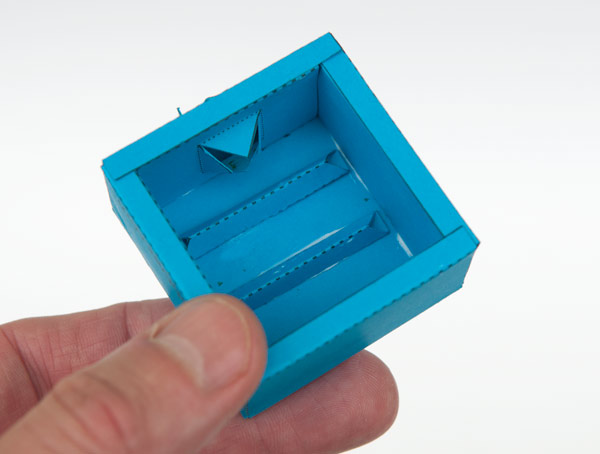 Fold up and glue together the two short box stiffeners. Glue the stiffeners to the inside top of the box.

Fit the curved sound piece into the box with the hole facing towards the base as shown. 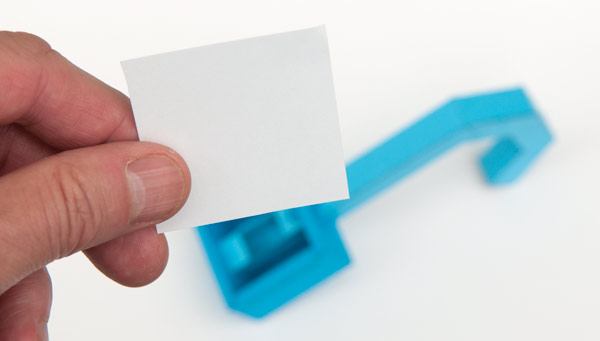 Cut out a single square of ordinary printer paper the size of the square template. 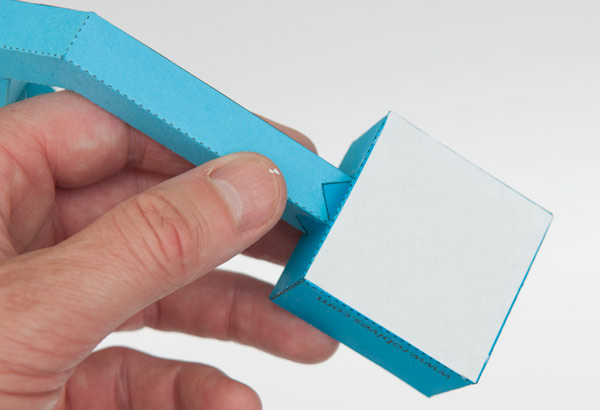 Glue the paper onto the box base stretching it tight like a drum as you do so. 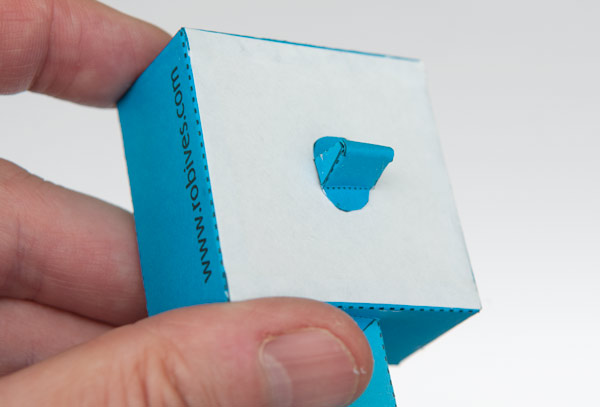 Assemble the read-head and glue it to the centre of the paper. Notice that it runs across the box perpendicular to the sound tube.

You’ll need a small piece of stiff plastic to make contact with the Edison Strips. I used a piece from a blister pack of paracetamol (Tylenol) Cut out a piece roughly 6mm by 10mm. Wrap it in a sandwich of card so that the end of the plastic is sticking out as shown. 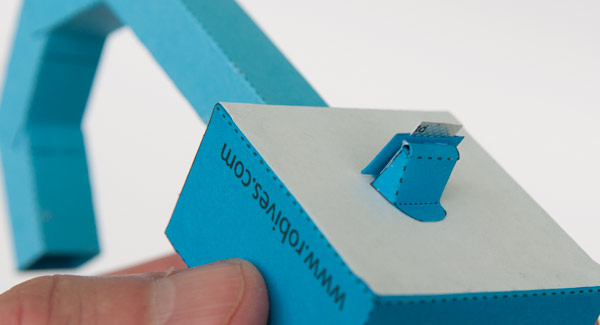 Glue the plastic piece to the read head so that it slopes away from the sound tube outlet. 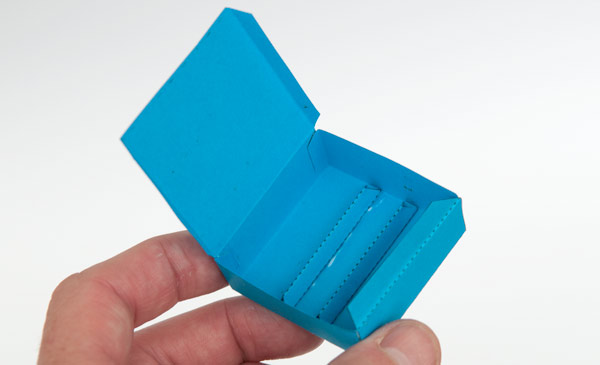 Assemble the box base with the two longer stiffeners glued into the inside top of the box. 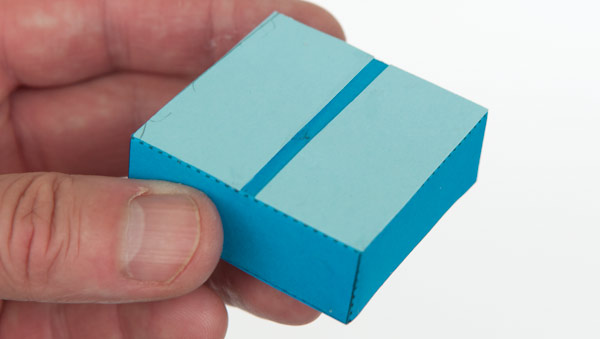 Glue the two spacers to the top of the box. 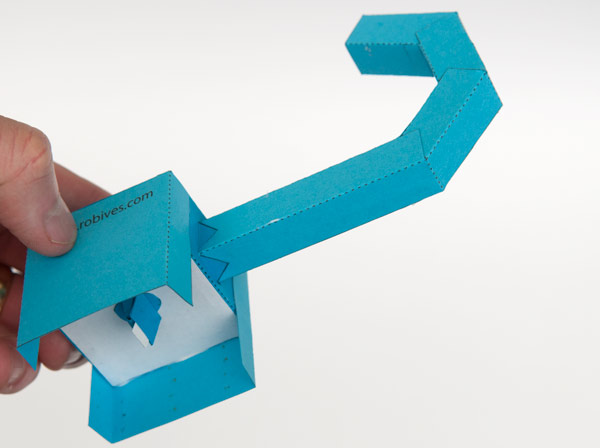 Glue on the box sides. 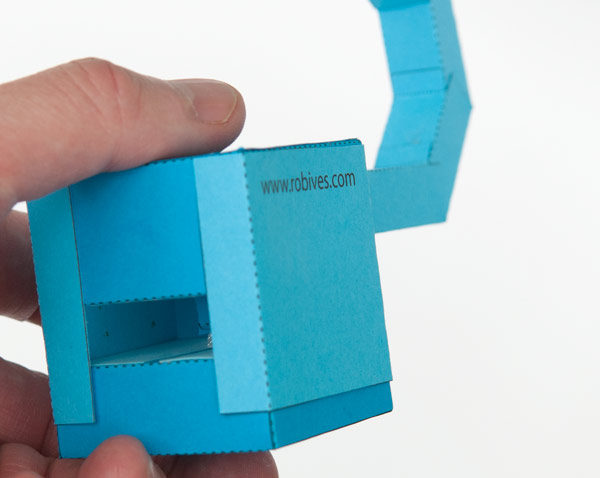 The base fits into place as shown. It should be a tight friction fit so there is no need to glue it.

Thread an Edison Strip in through the back of the box under the plastic strip as shown. The rough surface should be upwards. 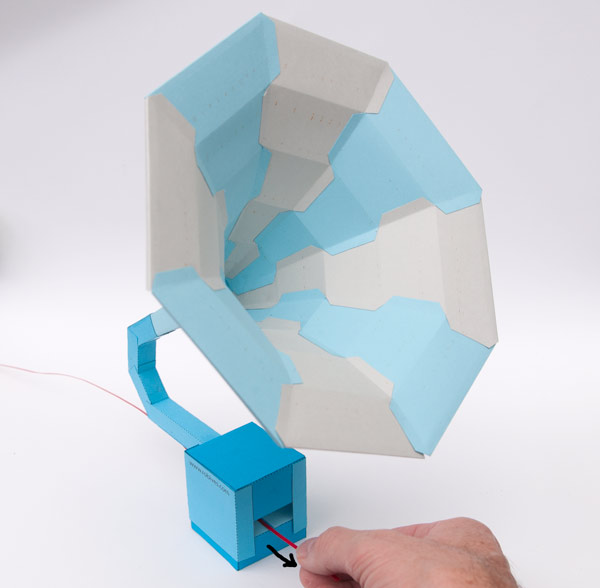 With the horn in place pull the strip and hear the sound! 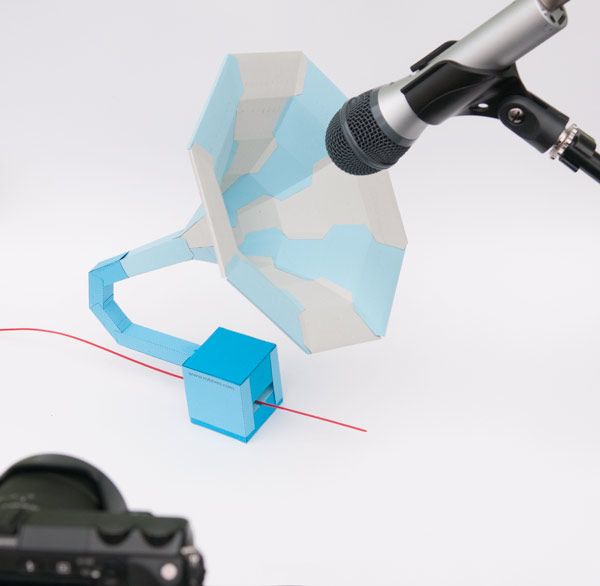 I’m in the process of putting together a video clip showing the Edison Strip player in action.