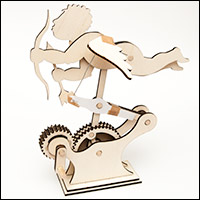 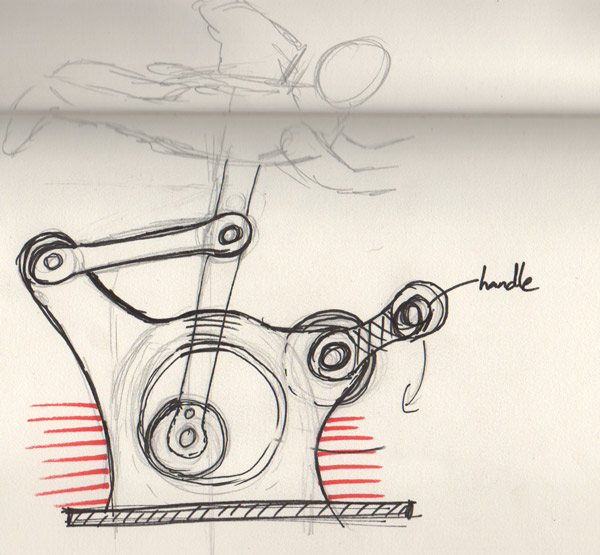 Fun times with a weekend project! I decided to start from scratch making a laser cut ply automata using the things I’ve learned over the past month or so since I got my laser cutter. Valentine’s Day is coming up so I thought a Cupid model might be a nice theme. In my initial sketch I had planned to use a planetary gear to drive the character’s wings faster than the model itself. In the end, however, I’ve opted for the simpler approach. I reasoned that it would be far better to produce an actual finished model.

My final design has a single central gear working as a crank. Rather than turning this directly I’ve opted to go for an offset drive gear. The difference in speed turning the handle compared to the way the model moves adds an extra layer to the model making the movement that little bit more magical. 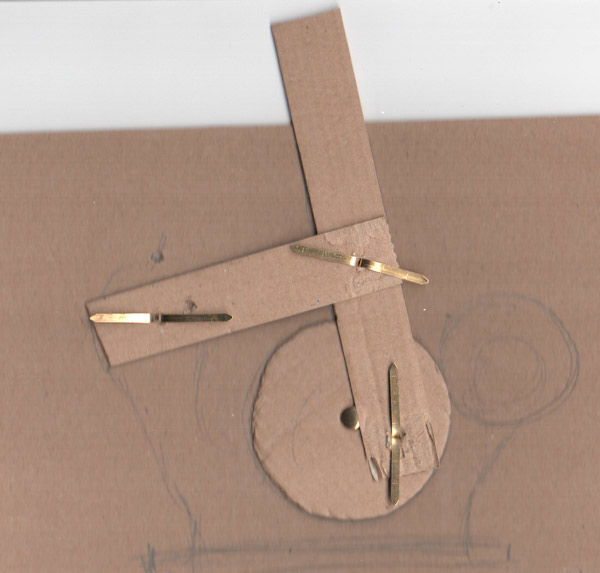 I’ve gone for a mechanism similar to the one in the rowing boat I’m currently working on. A crank, a push-rod and a linkage to constrain the movement. Before I started I roughed out the mechanism in corrugated card and split pins. I tried a few variations, adjusting the push-rod length, the linkage position and the offset of the crank. I then tested out the movement by rotating the wheel by hand. Once I was happy with the movement I dropped the parts into the scanner and produced this picture. 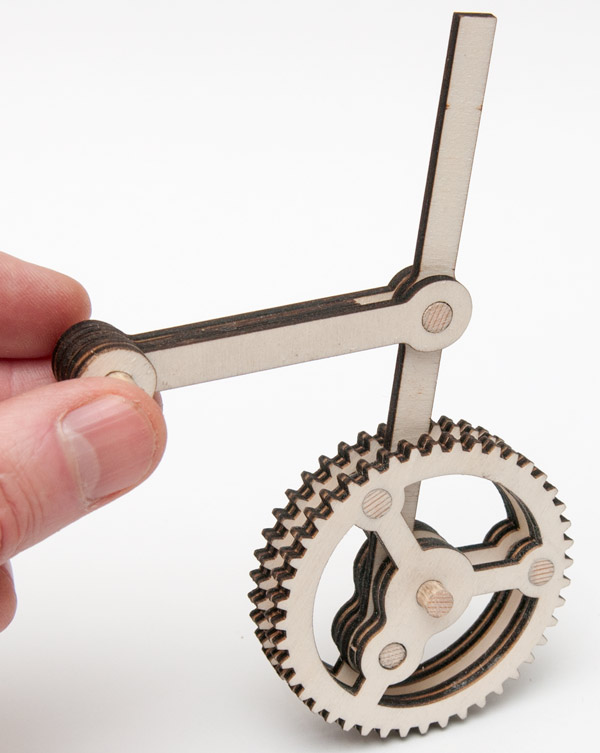 From there I produced the various parts in Illustrator and tested them as I went along. Here, we see the crank/gear with the main push-rod and the linkage. 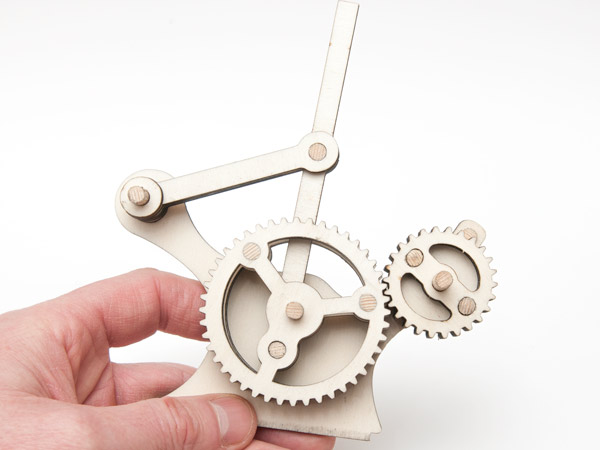 By this stage I could see that the mechanism was going to work nicely! 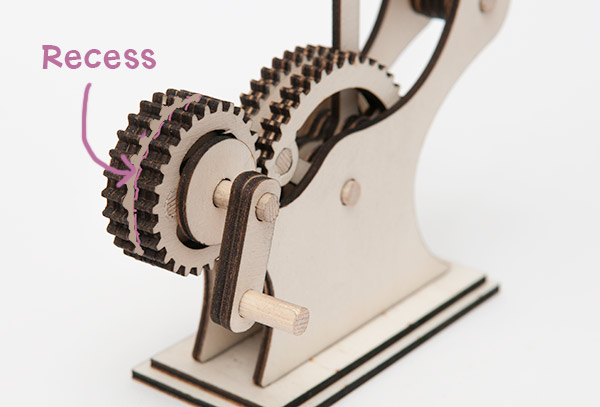 My original has a small gear made from five layers of ply. The centre gear doesn’t actually touch anything so I’m planning the have a recessed part like in the picture. It makes the gear look less heavy. 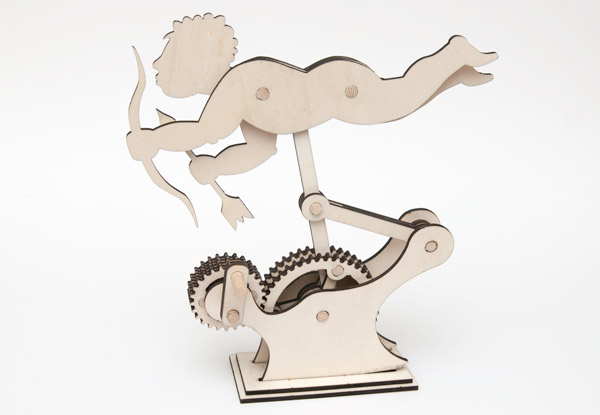 Once the main body and mechanism were put together I could see that the model moves very nicely! The gears and smooth and the movement sinuous. 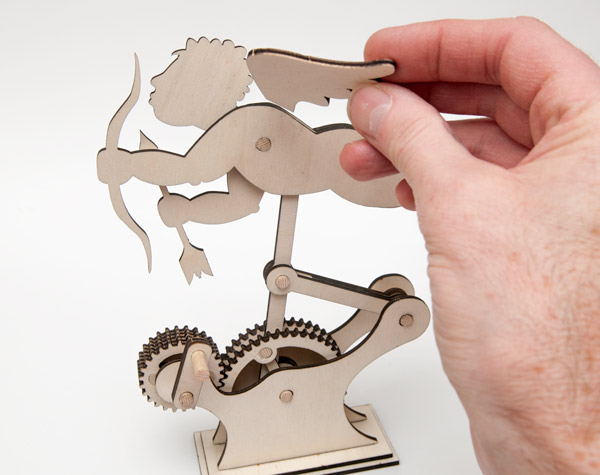 The final stage is to add a set of wings. As I said earlier, my original plan was to drive the wings via a planetary gear. That way I could have them flap up and down three or four times for each turn of the main wheel. I’m saving that plan for another day, meanwhile the wing still needs linking to the body somehow. Here’s what I’ve come up with to drive the wing. This is obviously a temporary trial mechanism but it works nicely so I’ll be adding this to the final model. The wings are linked to the body using a paper hinge. I’ve extended the original linkage past the main push-rod then added a piece of wire between the end of the linkage and a point near the root of the wing. The final version will obviously be much neater but, hey, it works really nicely. All in all, not a bad weekend’s work!