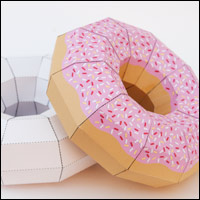 Over the last month or so I’ve been working on updating the website
It has been a Herculean task. The site has over 1500 page, over 28 thousand subscribers and 622 downloadable projects!
There are three main reasons the site needed an update.
The site uses the Drupal content management system. Version six, upon which it was built, is now no longer supported, time to upgrade to the latest version.
Secondly, the person who wrote the system that is used to manage the shop has gone off to do his own thing leaving us loyal users in the lurch. (You know who you are Leighton) To solve this problem, the shop is being moved to Drupal eCommerce, a system managed by a large group of contributors.
Finally, Google have let it be known that websites that aren’t responsive (meaning they resize to fit smaller screens such as ipads and mobiles) will not be looked on favourably.
I was planning on taking a couple more weeks for the final tuning and laying out of the site before going live but my hand has been forced by my previous website host. You will probably have noticed that the website has been down a few times over the last couple of weeks including three extended periods in one day. Time to take the plunge!

So – here we are, live on the new upgraded site. It feels like we have just moved to a new house. There are boxes that need to be unpacked, shelves that need to be built for the CD collection and we still can’t work out what that switch in the middle of the living room wall does. All that said, it is still home! Settle in, I’ll get the kettle on.

While I’m making changes I’ve simplified the membership system. I’ve merged the two membership levels and replaced them with a simple one-size membership. The new membership is equivalent to the old Membership Plus. In other words all members can now download everything for free. I’ve increased the price slightly – hey, it’s been five years! The good news for my current loyal subscribers is that your prices don’t go up at all. For as long as you remain subscribed you get all the benefits of the old Membership Plus for whatever price level you were signed up for before the webiste upgrade. Thank you so much for your support, as I have said before, I literally couldn’t do what I do without you!

Anyway, that’s enough for now. I’ve got a list a mile long of fixes and niggles that I am working through slowly but surely. If you have any comments/requests please do let me know either in the comments or by email.

Thanks to Nauris and Gregory for their help with the transition. I’ll grab a coffee and get cracking. Thank you