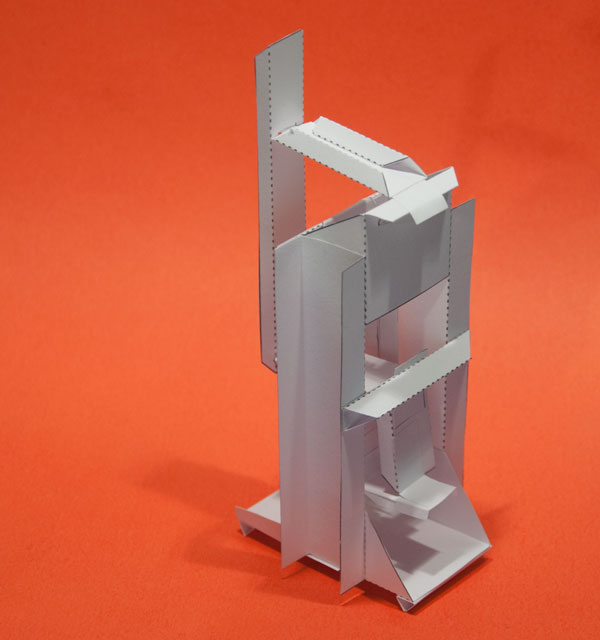 Here's the completed prototype for the vertical pendulum mechanism I'm working on. It's done and ready for photography but that's going to have to wait until morning. To keep you going in the meantime there are a couple of interesting issues that came up in the design/construction of the model.

Two design features: 1) A vertical shaft that moves up and down whenever the project is moved. 2) All wrapped up in a narrow package.

I've folded a bell crank back on itself which seems to work quite well. I'd still rather that the shaft was more central in the mechanism, ideally directly over the pendulum, but it is certainly useable as is.

Okay, first issue. You need a lot of weight to do anything useful. The greater the movement of the vertical shaft, the more weight is needed. This is an issue of maths and physics. The only way round it is to have the pendulum swing further causing other problems elsewhere. (Just had an idea about flywheels though – make a note!)

Second issue it to do with the stability of the model. I have four 2p pieces in the prototype, over 28 grams of your Sterling currency! All that weight tends to bend the card, just slightly, but enough to cause problems. The base flexes slightly causing the model to rock back and forth slowing the pendulum swing and stopping the movement early. (Picture above left) To get round this I've added feet front and back. (Right hand picture above) these provide a solid base for the rest of the model to sit on.

Feet under the base help keep the model steady.