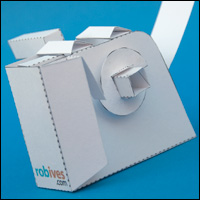 This mechanism is a two toothet ratchet. Pull the tab back and forth and the drive shaft turns half a turn each time. The mechanism can be used as a starting point for a variety of character based automata where the character is up/down, in/out, left/right etc. Members can download the model for free. Let me know if you come up with any interesting uses for this project. I'll write another blog post shortly with some ideas for how it could be used and I plan to crate a character based project with it shortly.

Print out the two pages onto thin card. (230 micron / 230 gsm) Score along the dotted lines and cut out the holes before carefully cutting out the parts.

Fold the gears in half and glue them down to make double thickness card. Once the glue is dry cut them out. Notice that the tabs in the middle aren't glued down. 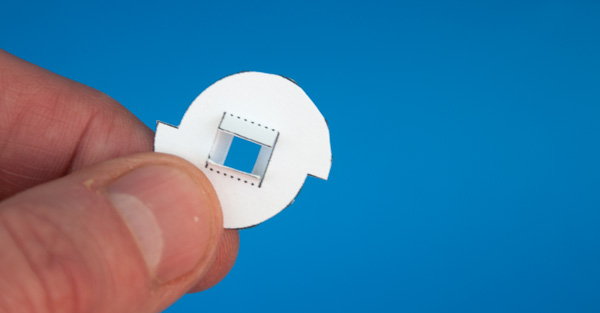 One of the completed gears.

Fold the pawl housing sides over and glue down to make double thickness card. Once the glue is completely dry, cut out the hole with a sharp knife. 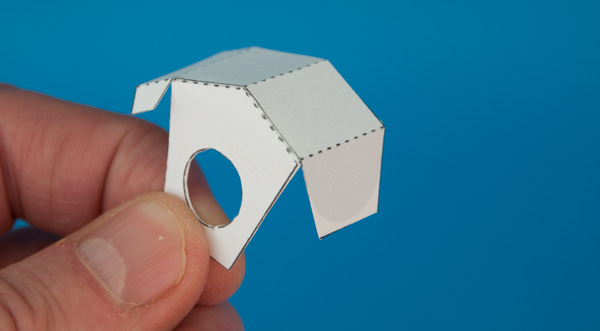 Glue the pawl housing top into place on one of the sides. 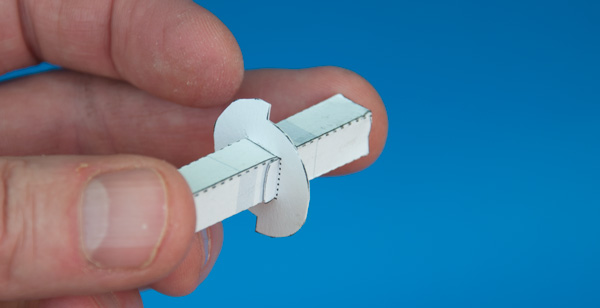 Glue the two washers into place on the drive shaft. Note that the tabs are facing into the middle. 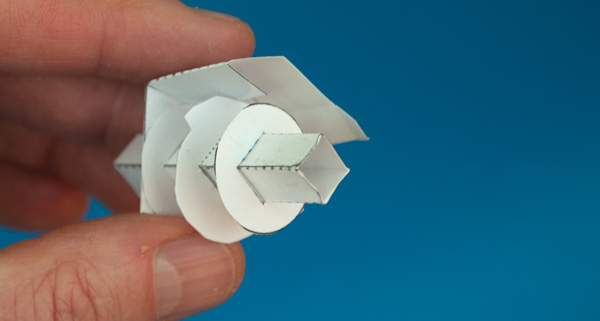 Thread the gear into the pawl housing. Notice from the picture above which way the pawl and the gear are aligned.

Glue the other side into place.

Glue the tab end onto the grey area on the pawl. Assemble the triangular sections of the box side as shown above. Glue the tab from the second box side to the box but don't fold it into place yet. Glue the two guides into place back to back. The tabs on the guides should line up with the corners of the box. Fold up and glue down the second box side. 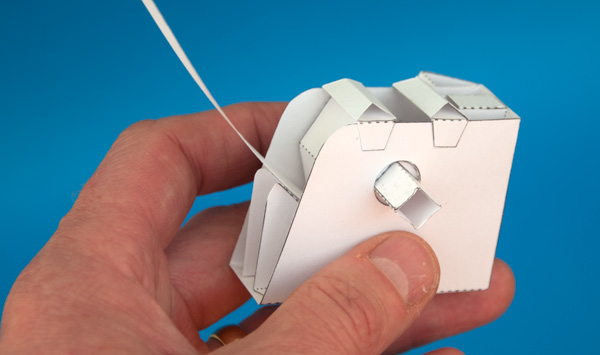 Fold over the two triangular section pieces over the top of the box and glue their ends accurately to the grey areas on the box side. 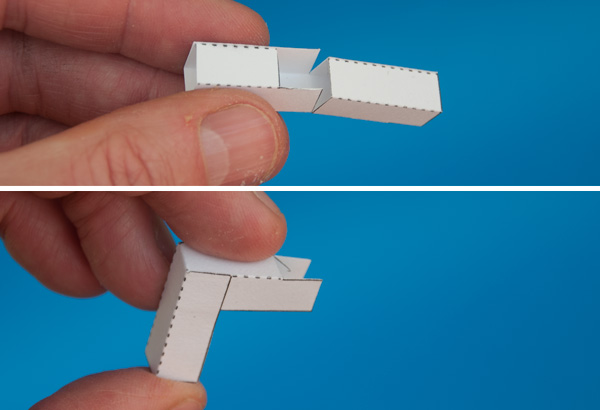 Make up th crank as shown above. This is an optional piece which could be used to drive a character on the top of your model. Glue the crank into place. 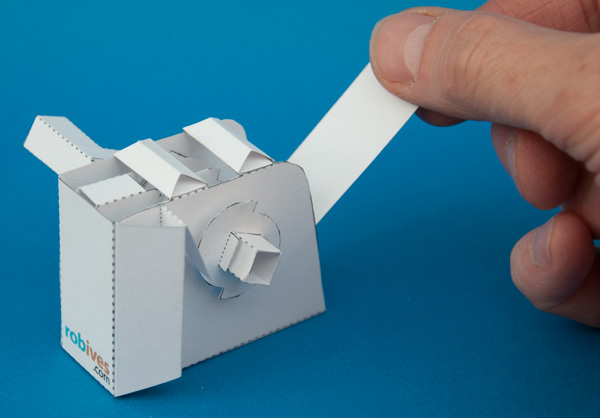 Once the glue is dry pull the tab back and forth and the drive will rotate half a turn for each pull with a satisfying "Tick – Tock" !