My latest project is based around the Crank/Slider Essential Mechanism. Currently the model features a rabbit in a run-away car though the animal may change at a later stage. I’ve completed a couple of prototypes and think that I have the mechanism sorted, just the character to finish off. 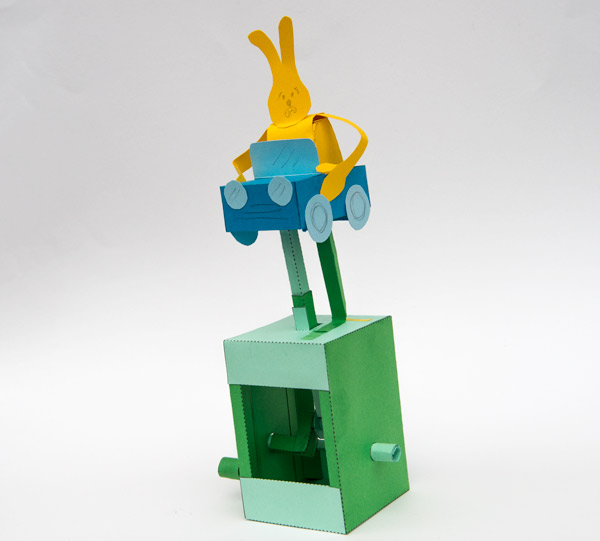 The first draft featured a profile view of a rabbit, just to see if the movement worked okay. It did. 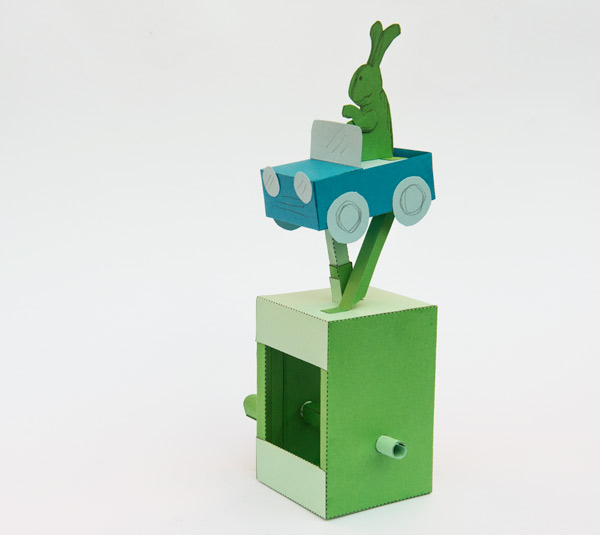 The base plate for the rabbit was hinged at the front in the first prototype. 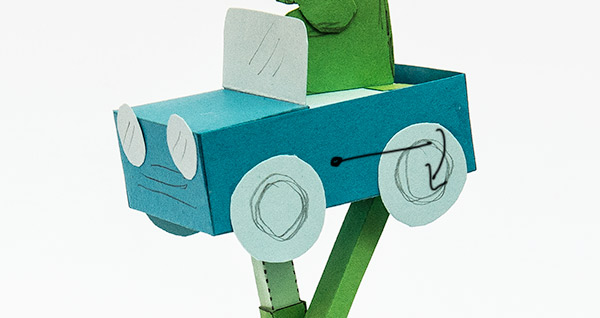 In the second prototype I fitted a rear hinge on the baseplate. The movement looked much more interesting. 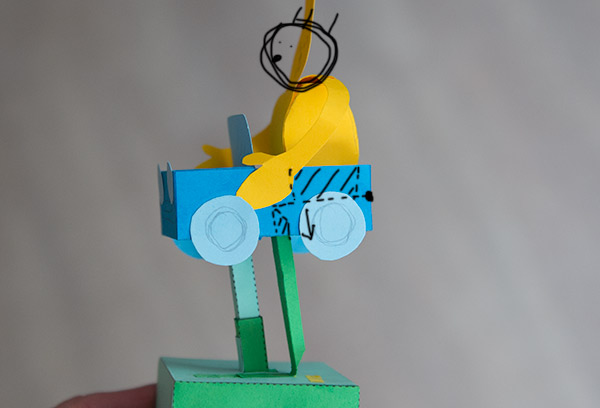 I initially experimented with arms that moved via pull tabs inside the 3D body. It worked but in the end I decided against it as the parts were rather cramped making construction difficult.

Next step, I’m going to scan the various hand-cut parts into the computer, finalise the head then rebuild the model as a test. 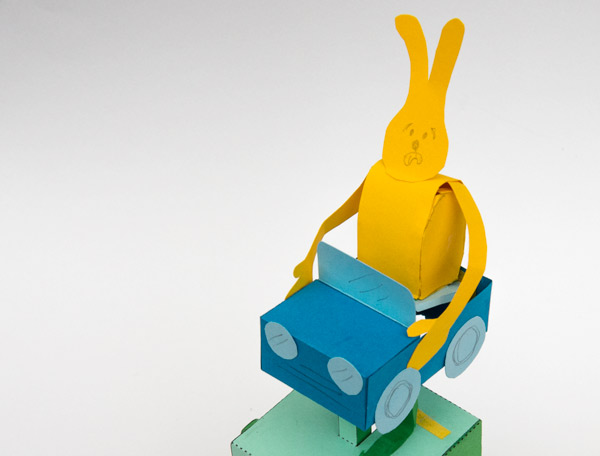