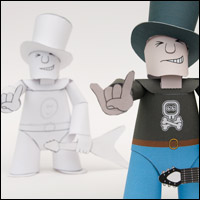 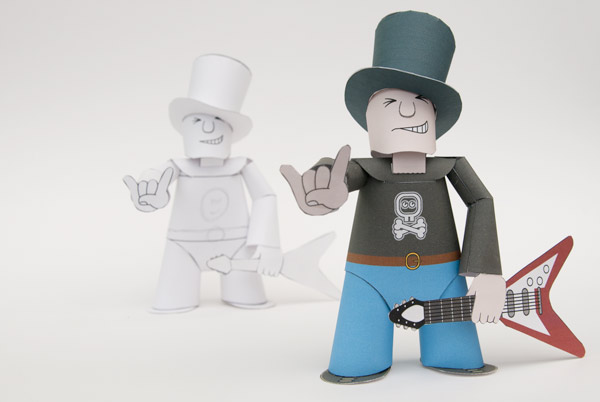 Rock Paper: Free paper toy for members to download and make. The file comes in two types. Coloured, ready to go and mono for you to add your own colour scheme. If you create your own design please send pictures!

Print out the parts onto thin card. (230 micron / 230 gsm) Score along the dotted lines and cut out the holes before cutting out the parts. 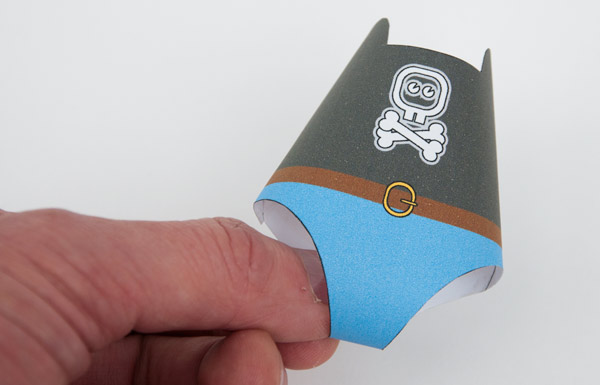 Gently curve round and glue together the body 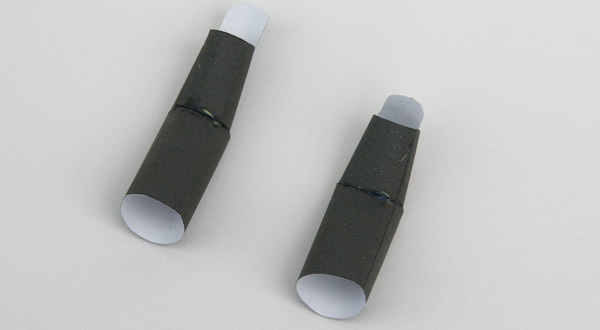 Roll the arms round a pen before gluing them down. Fold at the elbows and fix with a fillet of glue. You may have to hold the arms in position while the glue dries. 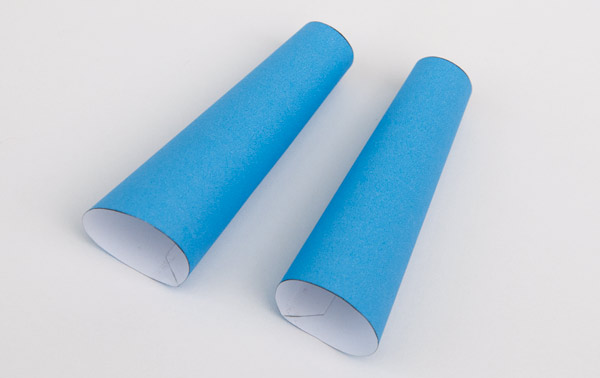 Roll round and glue the leg tubes. 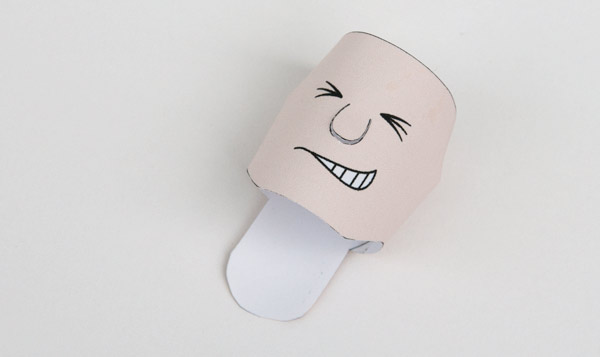 Roll round and glue the head. Glue the two darts at the top of the head to give it a bit of shape. Push the nose slightly out from the head.

Assemble the hat as shown above. Curve the brim to give it a proper topper look. 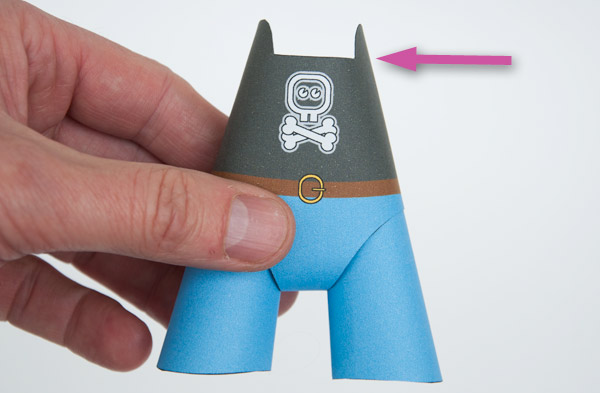 Fit the legs into the body. The leg seams go to the centre of the body. Line the top of the legs in the position shown. Glue the square shoulder tab into the front of the body between the two semi circles. 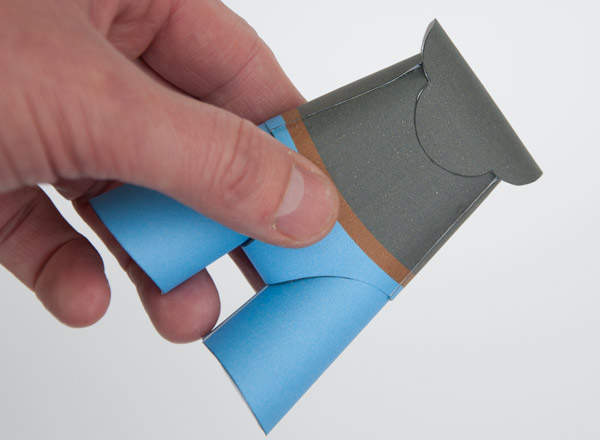 Turn the body round, curve the shoulders over and glue them to the back.

Glue the feet to the base of the legs with a fillet of glue. Glue the neck front tab to the grey rectangle on the front of the shoulders. 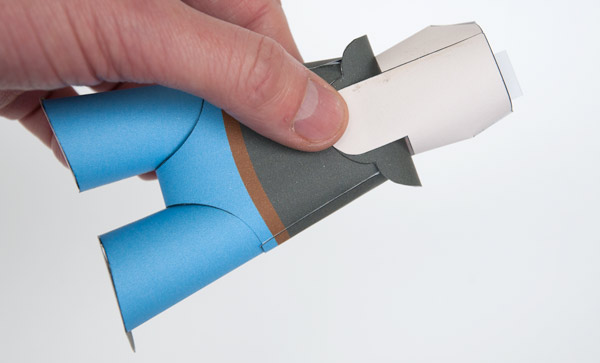 Glue the neck front inside the head, lining it up with the top of the head. 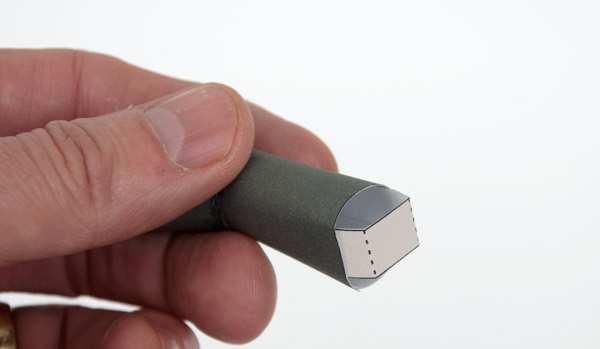 Find the arm with the longer upper arm. This is the right arm. Glue the wrist piece into place in the right arm using the grey areas for alignment. Glue the two arms to the shoulders Glue the right hand into place. Make up the guitar by folding it over and gluing it down to make double thickness card then carefully cutting it out. Glue the left hand into position as shown. Fit the left hand into the arm making sure that the guitar won't catch on the floor. Glue on the hat at a jaunty angle. Get ready to rock!