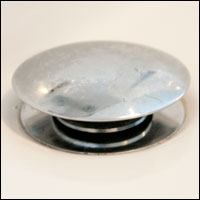 Recently the basin has started to take a long time to empty. I reckoned it was probably time to give it a clean out.

The plug assembly came out of the basin easily by unscrewing it revealing this interesting looking unit. I could make it work by pressing in and releasing the brass body to the right of the picture. Squeeze once to shorten the assembly, squeeze again to restore it to full length. Time to take it apart and see how it works.

I unscrewed the grub screw then removed the spring clip which released a steel pin. The pin was approximately 20mm long with both ends bent over at 90°. It was located inside the body in the position of the pink pin in in the picture above.

With those parts removed the main body came apart easily. 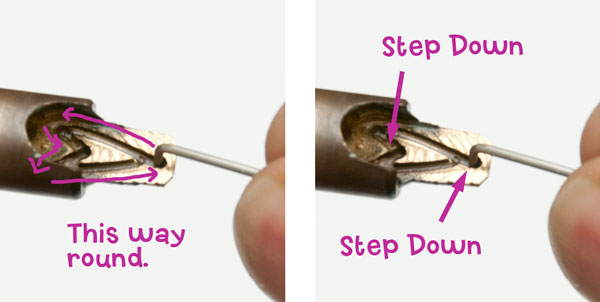 This heart shaped groove is, as its shape suggests, at the heart of the mechanism. The pin sits in the groove and controls how the body of the plug moves. To work properly, the pin has to keep moving round the groove in the same direction and not back-track on itself. This is the clever bit. As the pin moves round the groove it falls down little steps, these stop it returning in the direction from whence it came. Neat!

You can see how the pin and groove move in this animation. 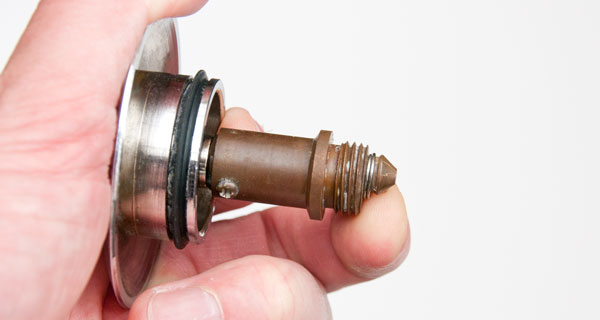 I put the plug assembly back together and returned it to the basin where it now works beautifully again. Even #Truelove is pleased with this latest tinkering as the sink is now sparkling clean!

How does this relate to paper engineering? I think it could be a really useful mechanism for a variety for different automata but my first thought was that I could extend the Logic Goat range! 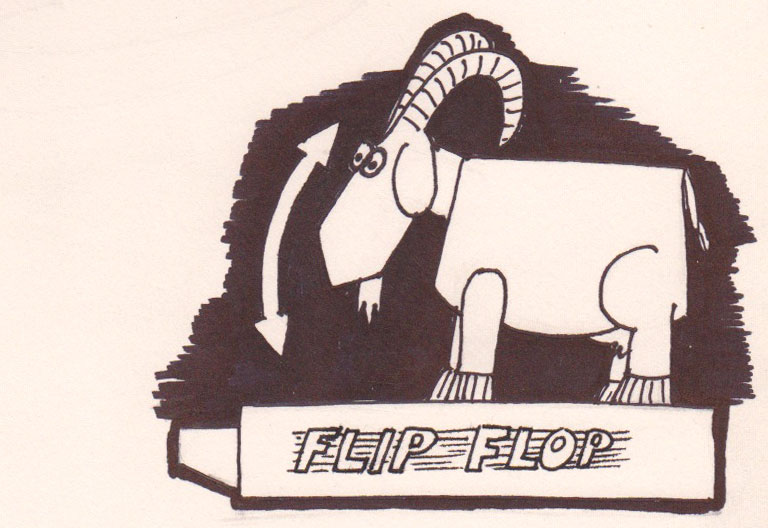 The flip flop is one of the core logic gates used in computer circuits. Apply an input once and it turns on, apply it again and it turns off. The Flip Flop Logic Goat would work in the same way. Just like with the plug mechanism , press the button and it would nod, press it again and it would raise its head. If I could connect a series of them together I could make Goat counting device!

And all that from cleaning the sink. Sometimes cleanliness pays off!