The Next Platonic Friend.

I’m working on a series of five models based on the five platonic solids The tetrahedron is the platonic solid with the fewest faces. Each of the the four faces is an equilateral triangle. I made up a tetrahedron from the Platonic Solids set here and spent a morning rotating it round in my hand trying to visualise which Platonic Friend it could be converted into. Here’s what I came up with, the prototype Platonic Bird. 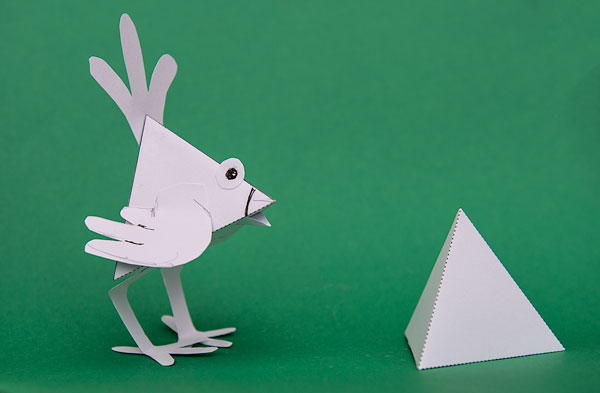 I had originally made the legs from a single layer of flat card but found that they weren’t able to support the weight of the body. Instead I have gone for laminated legs. I shaped one layer in the shape that I wanted bending the leg at the knee and ankle. I thn glued a second layer of card onto the first keeping the knee and ankle bends. I then set the preshaped piece aside for the glue to dry. I might end up using a third layer on the final version but for now two layers seems to work fine. Once the glue was completely dry I cut out the outline of the leg and glued it to the body. I then glued another another piece to the foot and cut out the rear toe. All it all it was an interesting exercise in paper engineering and more to the point, it worked! 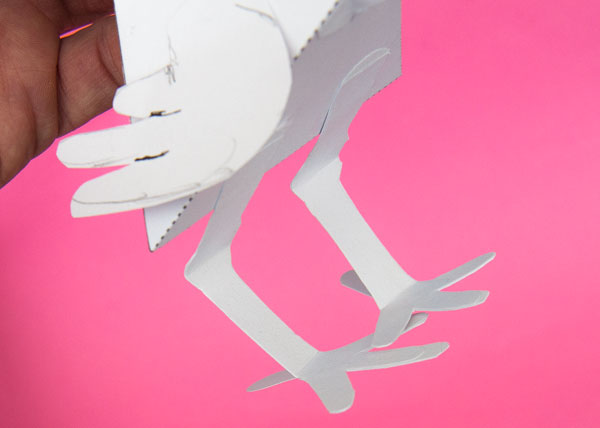 Next step. I’ll scan the parts into the computer and finalise the design then I’ll add some colour and pattern.