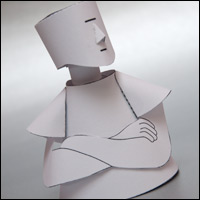 A project for members to download and make. This character based project is a two axis neck joint. Use it to make this slightly disapproving paper character or as the starting point for your own designs.

Download the file from the usual place then print out the two pages onto thin card (230gsm / 230micron card) Score along the dotted lines and cut out the holes before carefully cutting out the pieces. 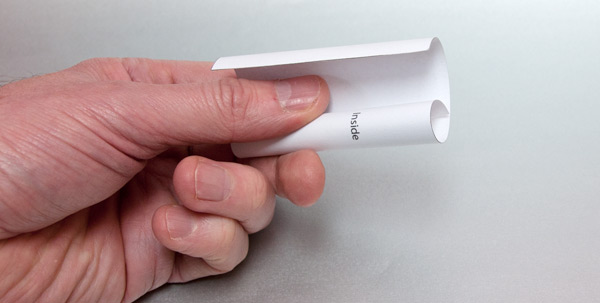 Start by rolling up the neck tube, curve the pieces over a pen or something similar. The tube rolls round on itself twice for extra thickness. Note that the area marked 'Inside ' is on, well, the inside. 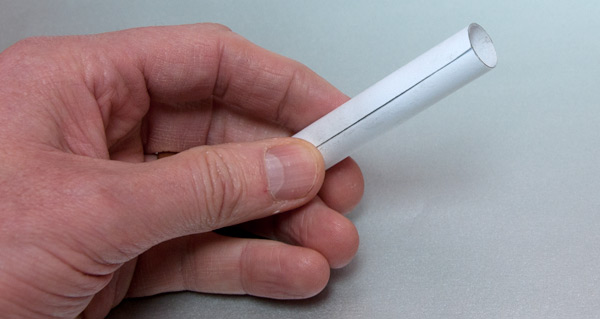 Roll the tube round and glue the end down so that the end lines up with the edge of the grey area.

Roll it right round and carefully glue it down.

The second ring needs to be free to rotate. Roll it round and glue it down to itself, make sure that it doesn't stick to the neck.

Leaving two small gaps, fit the last of the fixed strips into place to the hold the rotating ring into position. 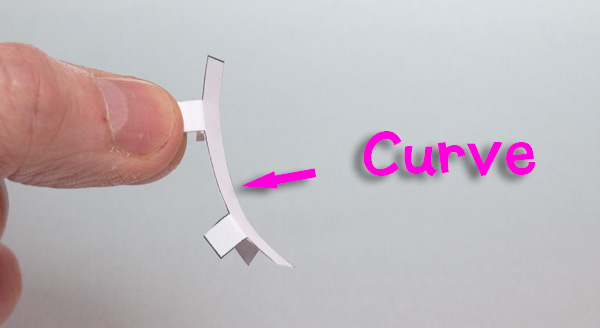 Crease and curve the tab piece as shown above 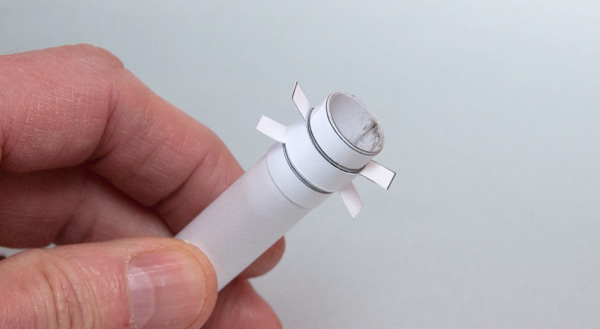 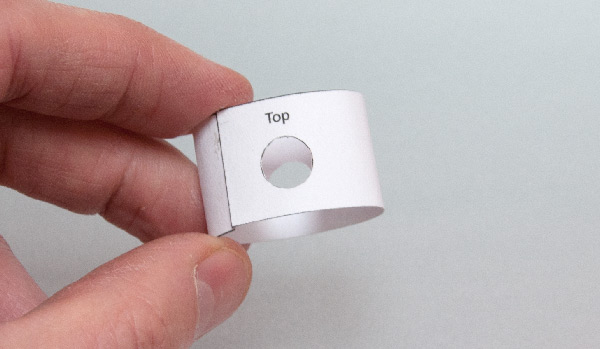 Make the head inner as shown.

Slot the tabs through the holes in the head inner. A coffee stirring stick is useful for poking at the tabs in this stage. Fold the tabs down and glue the circles into place. Make sure that the head inner is free to rock back and forth. 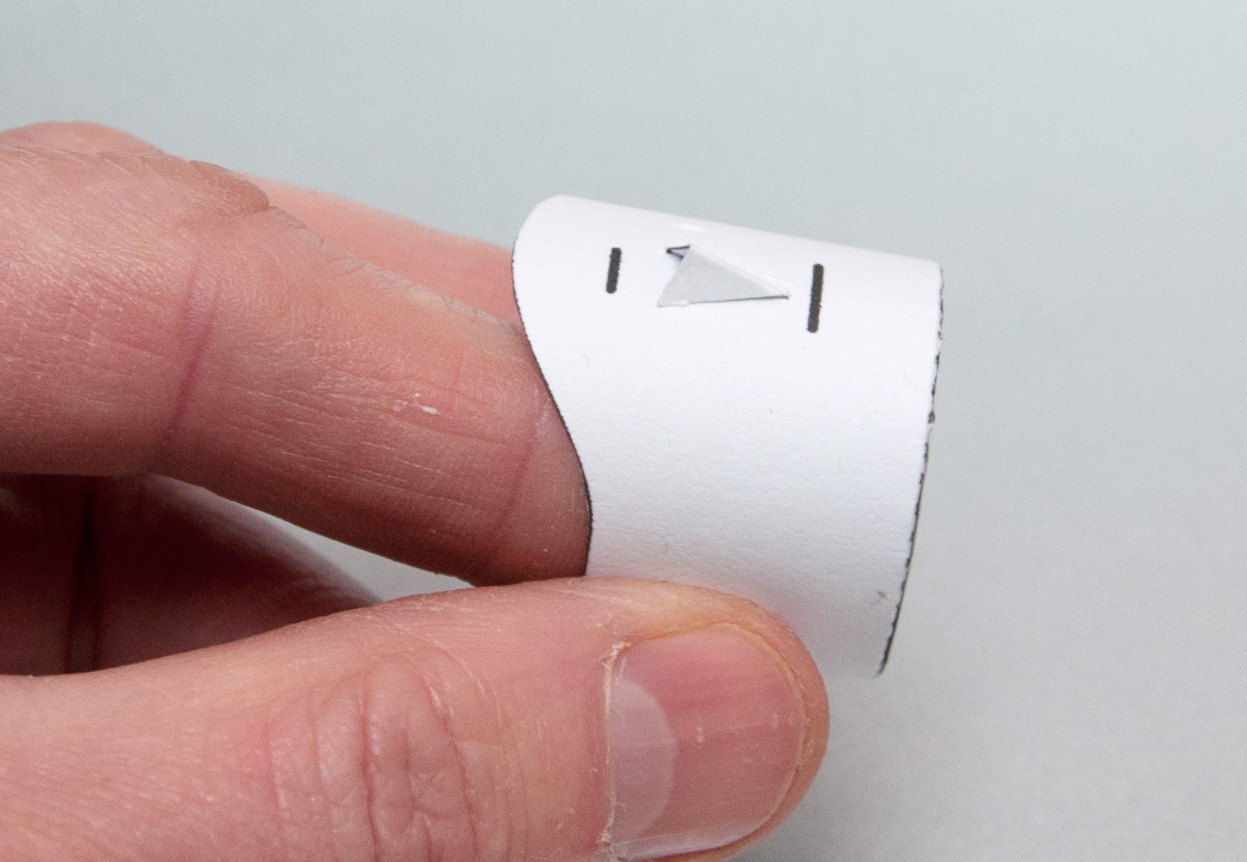 And glue on the nose. Roll round and glue together the body.

Glue the neck support inside the the body so that it straddles the seam at the back of the body. Glue the neck into the neck support. 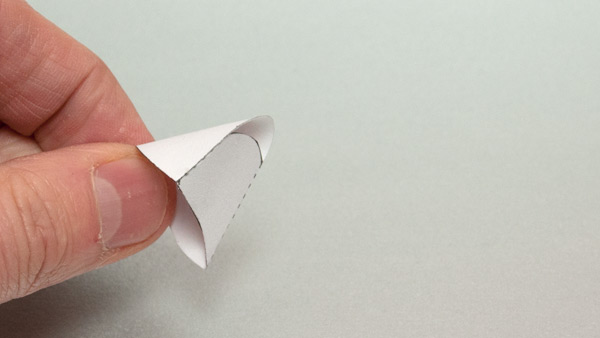 Assemble the two shoulders as the one shown above. 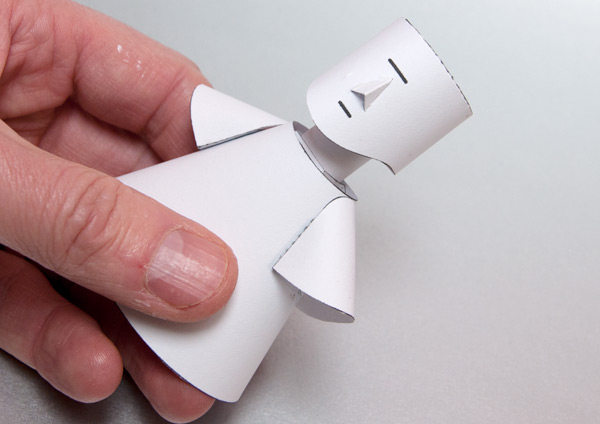 Glue the head to the head inner so that it is lined up front to back. 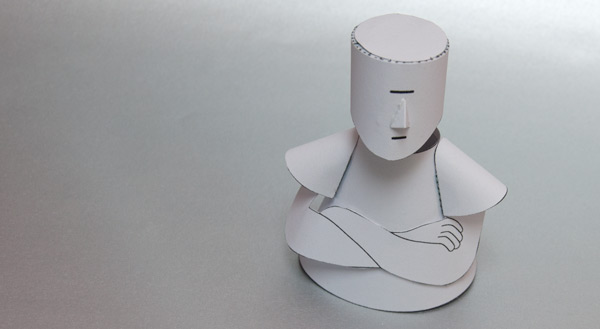 Complete the model by fitting the arms. The arms slip up inside the shoulders and fixed into place with a dot of glue on the front of the body.

Once complete, place your paper character somewhere where he can disapprove of whatever is going on.