I’m still experimenting with gear design. In the previous version the pinion (the small gear) had the teeth wrapped around a central single flat disk. Simple(ish) to make but prone to tilt over. A disk at each end would keep the gear straight and level so here we go.

I’ve started with a short central core, added a disk at one end and some white support pieces… 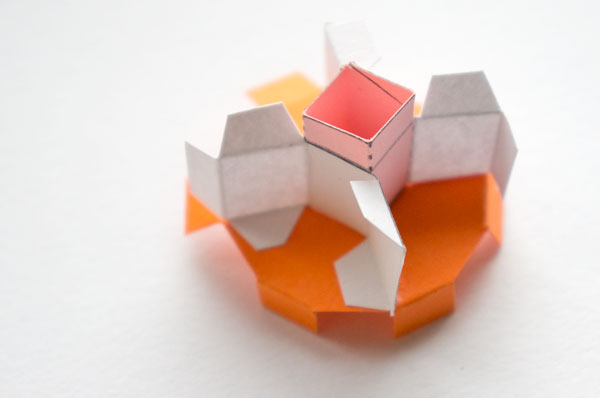 …then added a second disk to the top making a sandwich core. 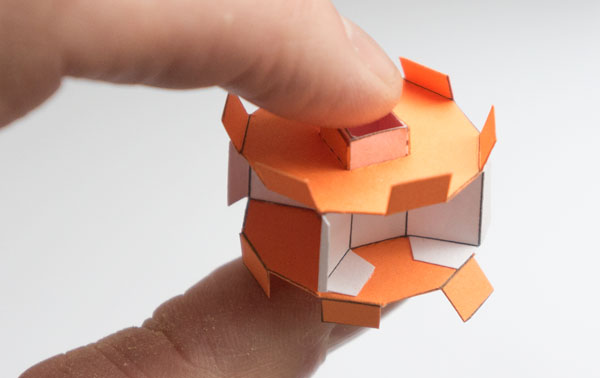 I’ve made the teeth from twelve individual triangle sections glued together.

The teeth are wrapped around the cental core. 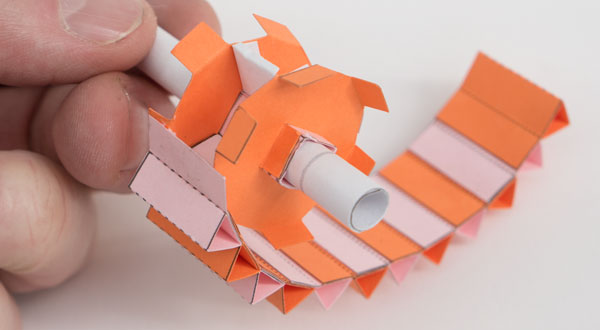 And here’s the finished pinion! 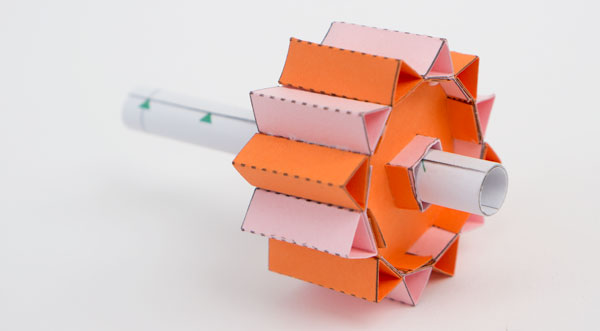