Octopus parts are cut out and ready for the morning. Meanwhile, I've been experimenting with an on going project, full details of which later.

At the core of the exciting secret project are paper pipes made, in this case, from recycled Amazon packaging. I've tried various length of pipe and it seems that with open ended pipes they need to be at least 10:1 length to width ratio.

The advantage of open ended pipes is that they can be tuned easily. I fit a piece of card into the end as per the picture, it is wedged into place rather than glued so it can be easily moved around. By adjusting the position of the card I can tune up and down just over a semi-tone each way.

The pipe construction is fairly straightforward. A tube folded round and joined with a strip of glued paper. (I didn't use a tab in the card because the thickness of the card makes it difficult to make a proper square section tube. ) The is a 10mm slot 40mm from the end of the tube and an end cap glued into place. A fold of card completes the pipe by making a tapering tube. 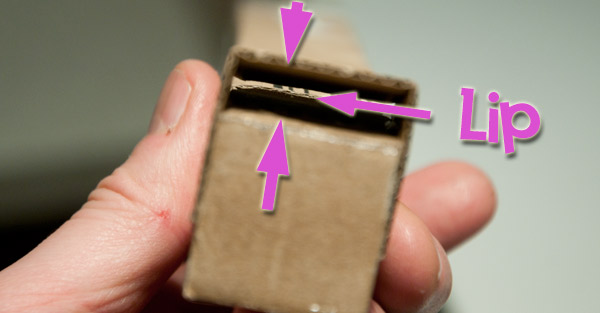 The taper works to guide the air flow. Sighting through the end of the air inlet you can see that the lip on the far side of the slot is roughly in line with the middle of the airflow. 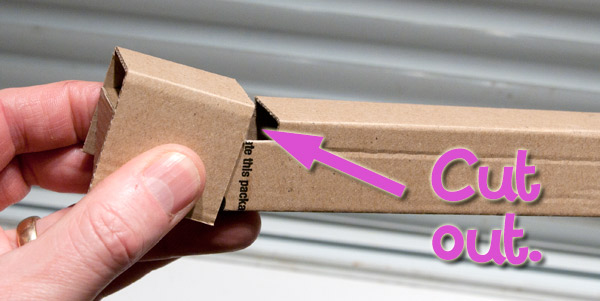 Having seen some organ pipes with cut aways at their side I tried that out as well but found that it just makes the sound weaker. I reckon I must have imagined the cut outs.

Extending the fold-over piece so that it covered the sides of the slot restored the sound to its former glory.