After experimenting with a couple of different ways of connecting together the two ratchet in the dual ratchet model, I've settled (at least for now) on a 180º  bell crank.

I must admit that it is all starting to look rather complicated for what is essentially a naked mechanism. Still, it looks like fun! So here's the plan. A 180º bell crank is basically a bar with a hinge in the middle. I'll locate it at a distance from the two ratchets and join it to the ratchets with a couple of linkages. Here's the first of the problems I forsee. The linkage that joins the ratchets to the bell crank need to be hinged in two different axes. Both ends need to be able to flex both up and down and side to side. 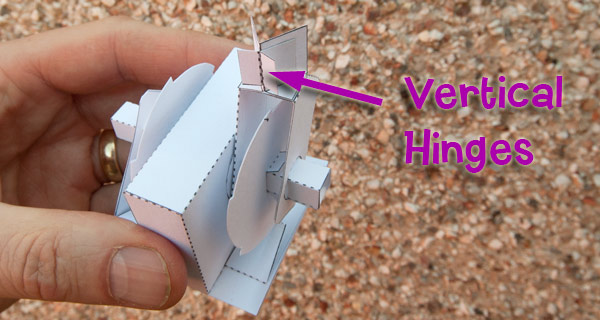 First axis of swing, side to side. I've added a couple of hinges lined up and down to the top of the ratchet housing. 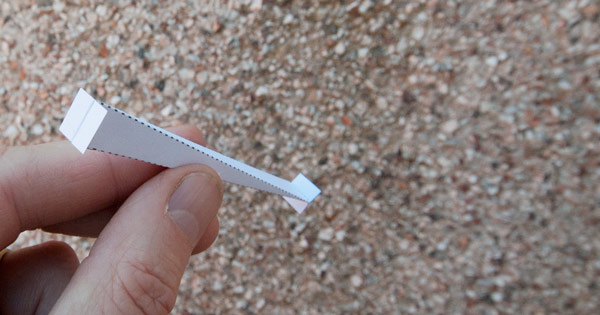 The linkage has a hinge at each end and a twist along its length. The twist is more for artist effect than engineering need, looks nice though and does make a simple yet strong linkage bar.

I glued the linkage with its hinges running perpendicular to the ratchet hinges, that way it gives a solid joint which is still flexible. It moves easily both up and down and side to side yet still moves the parts effectively .

The prototype linkage is w-a-y to long, at least double the length it needs to be. Also, I think I'll move the bearing hole in the box further along to the right. I hope to have a working prototype tomorrow though I do have to take #1 Son into town for a quick look round the shops. Fingers crossed.