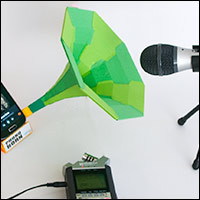 I've put together a short video showing the Phono Horn in action. I haven't modified the audio though the resulting video does exaggerate the volume increase because the horn ends up closer to the microphone than the phone was. I'm not really sure how I'd do a completely fair test but hey, the video does show the Phono-horn to its best advantage!

The whole thing is done in natural light in our kitchen (#truelove was out. I'm in the process of setting up a permanent studio but it is a spare time project so it is taking ages.)

Here is the set up. DSLR on the left , then the Phono-horn. The microphone is connected to the Zoom H4N sound recorder on the table in front of the Phono-Horn. Finally to the right is a mirrorless camera recording the main view. I used two cameras so that I could record in one take and edit between two views. In the end there are only two cuts in the view but then the film is less than thirty seconds long. Obviously I want the sound to be recorded from the microphone's point of view so I'll be using only the sound track from the Zoom.

All of which lead to the essential problem with this type of videography. Synchronisation. How to line up the sound file and the two different videos. This is where the clapper board comes in. You'll have seen them used in films. You know the type of thing. "Scene four, take seven" "clack!" "action." 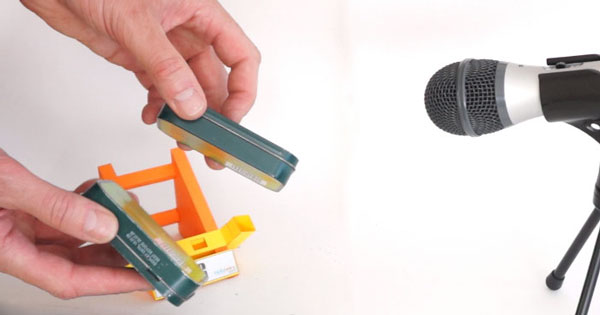 In place of a clapper board I used a pair of mint tins. They make a nice sharp sound when smacked together though they do lack the useful area for writing on take numbers. 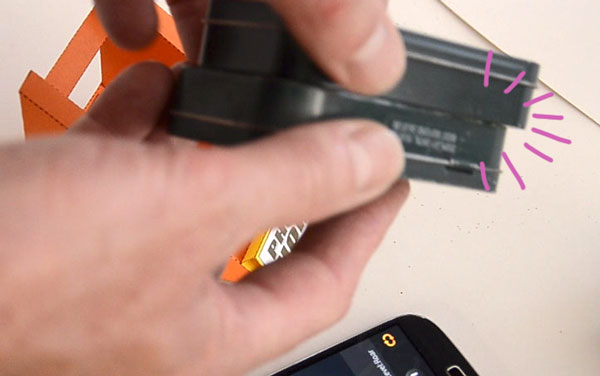 The result is that I can scroll through the two films and find the exact moment that the tins touch. 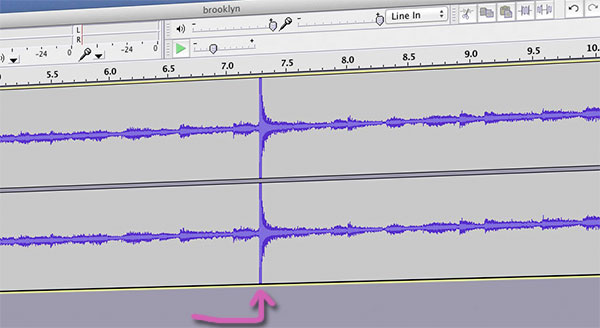 I can also search through the sound file and find the point where the sound of the clack reaches the microphone. 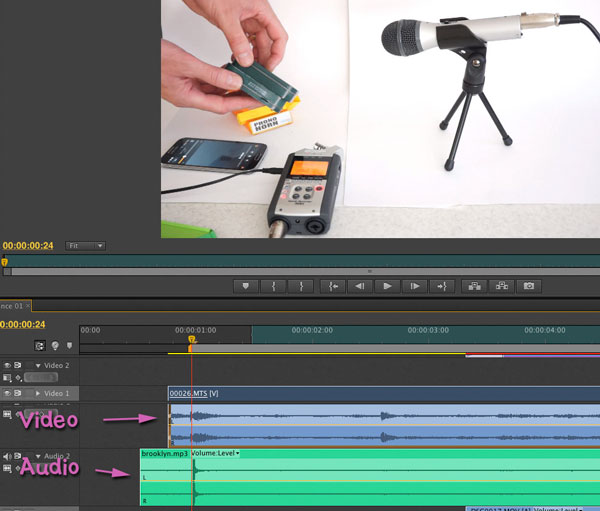 By dropping the files into Premiere (Adobe's film editing software) I can line up the three files, two video and one audio. In the screen shot above, the video from the second camera is not currently visible.

Once everything is lined up I can go ahead and make my video. Fun fun!

No sooner had I posted this blog piece when I received a tweet from @xenobio linking to the video that they made on the same subject. Nice work! Thanks for letting me know 🙂