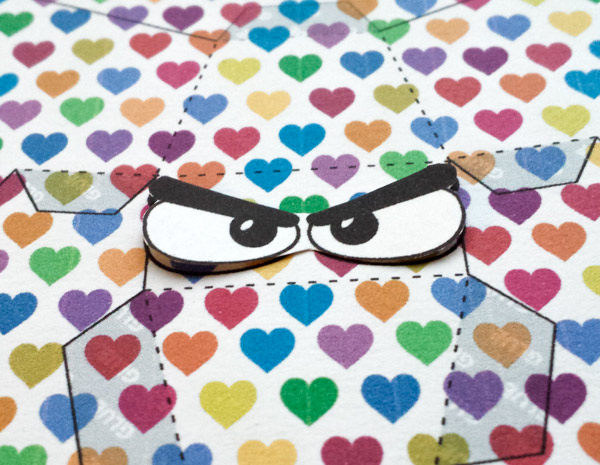 I’ve completed the layout of the guard dog parts. A few small last minute changes including merging the three head parts into a single piece and increasing the overall size by twenty percent. 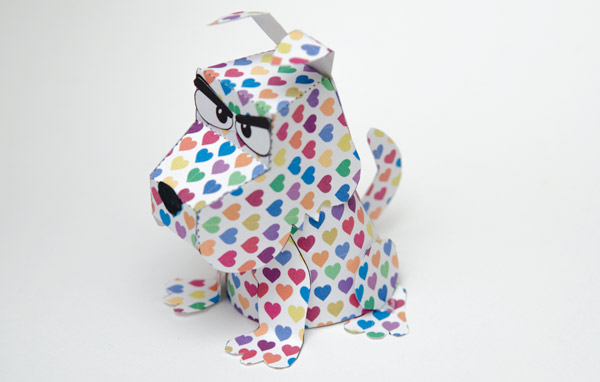 I printed out a final test version onto love heart pattern paper for #truelove. (Went down a treat 🙂

I’m making the downloadable model as a stand alone static paper character (like in the picture). I’ll also be making the rotating guard dog model that I had originally planned. The exciting thing, though, is that the character won’t be limited to just that mechanism. Over the next few weeks I’m planning on releasing different mechanisms that can be used to make the dog, and a variety of other characters, nod,( ageeable sheep mechanism) shake it’s head, (disagreeable sheep) and many others movements. I’m hoping that with a range of mechanisms and a range of characters all sorts of interesting automata will be easy for everyone to design and make!