This is the third draft of the weight box for the grasshopper escapement mechanism. Rather than resorting to using cocktail sticks I have rolled up a piece of card really tight. By making the starting piece 'T' shaped I've made it so that it is stepped in the middle. 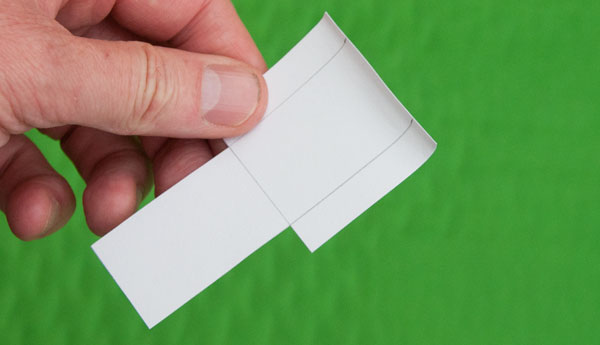 That way I don't need to add washers to keep the roller in place. Looking good so far! 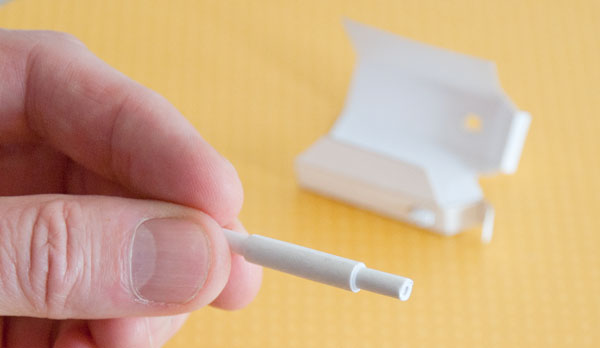 Once complete I mounted it in a box… 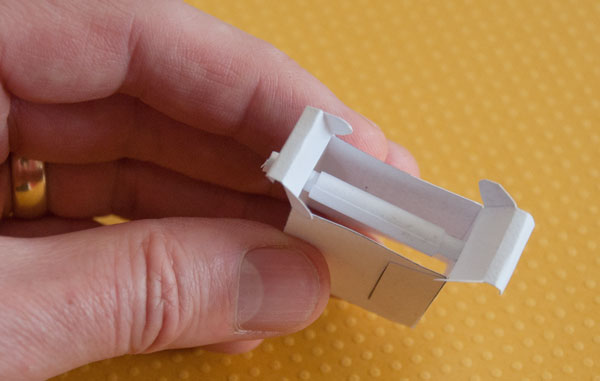 …then fitted the paper belt as before. The result works rather nicely. Notice that rather than cutting a round hole which would have been very small and fiddly to do, I have cut a small cross and enlarged it with a pencil point. 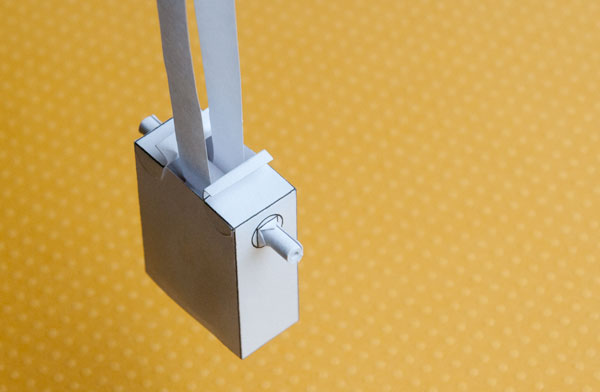 Below is the result fitted into the main box. 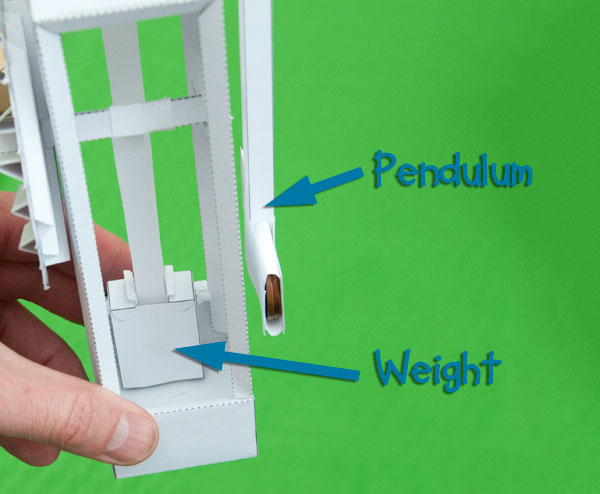 I've had to increase the height of the box to allow space for the mechanism. I've then added what is effectively a bell crank for the palletes to attach too. The palettes are the the last part so hopefully the mechanism should be coming to life soon! 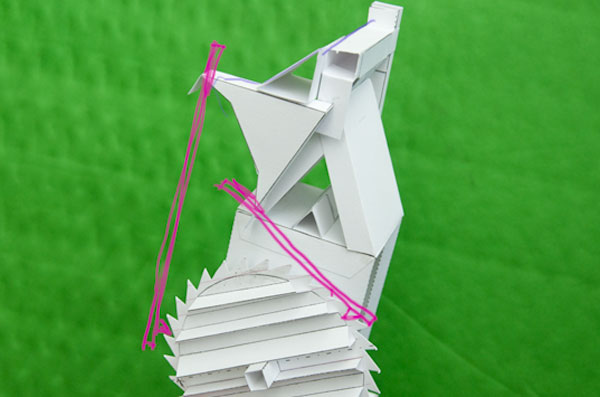