Back to the task in hand, I've been working on my escapement mechanism today. I've put the final parts in place and it works. What a relief that was I can tell you! There is still a bit of work that needs to be done but, hey, it works! You can see from the photograph below that the pendulum isn't hanging vertically so I'll probably put a counter-balance on the straighten things out. 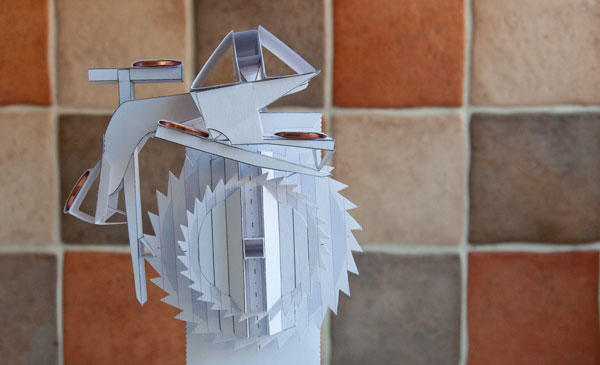 I had originally planned to using paper springs to keep the palette arms centred within their required movement. After leaving the prototype model for a couple of days the original spring had lost its oomph so I've replaced the springs with extra weights more details of which later. (Lower left coin on the picture below.) 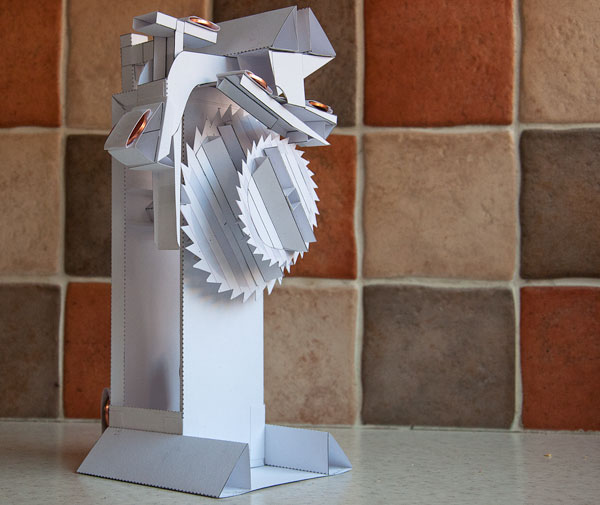 The picture below shows a view of the back of the mechanism revealing the pendulum. 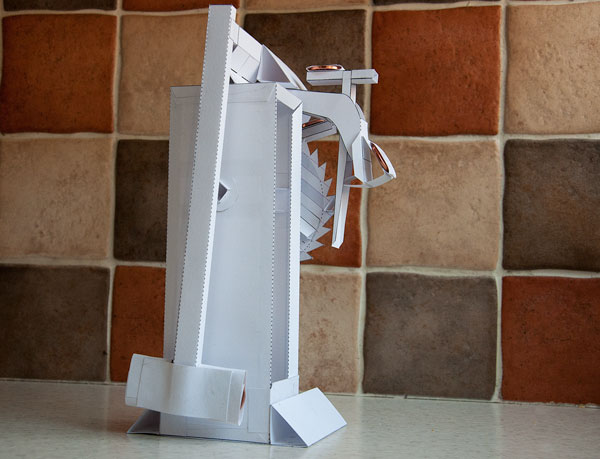 I'll now need to go through all the parts sheets and work out which parts I'm using and which have been abandoned. I'll then work out the counter-balance and make up another draft. This has been a fun model to design!