After all my experiments with ratchets and toothed wheels it is time to turn my attention to the escapement. The heart of many mechanical clocks, the escapement is the part that controls the time keeping. It has the dual function of driving the pendulum and dividing up time. There are a whole variety of different escapement mechanism from simple to complex. A quick search of youtube reveals many of them in action. After a bit of research I settled on the grasshopper escapement as an interesting mechanism that I thought I could recreate in paper. 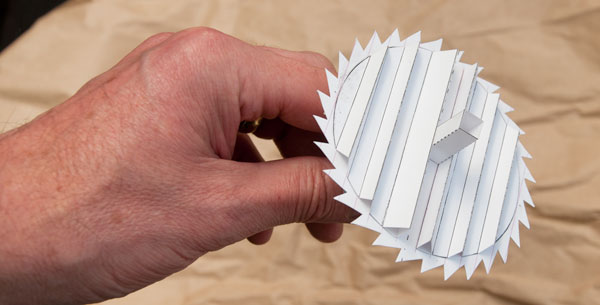 First, the escapement wheel. I settled on a purely arbitary thirty teeth as a compromise between the teeth being close together and the wheel not  taking ages to cut out. The wheel here is 120mm in diameter and made from doubled over card. To keep it flat I have added corrugations front and back at ninety degrees to each other. 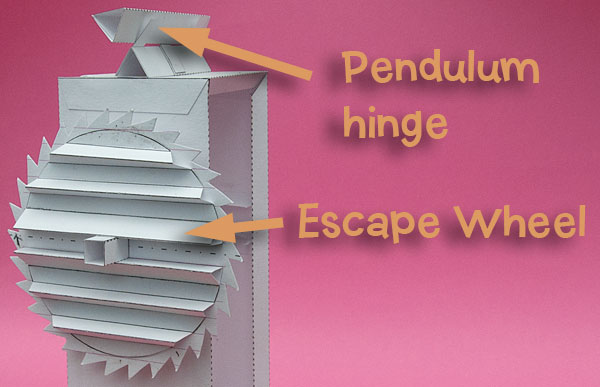 I've mounted the wheel and axle on a tall box. On the top I've added a hinge to attach the pendulum and the rest of the mechanism. The pendulum will hang round the back of the box. The rest of the escapement mechansim will attack to the front side of the pendulum hinge – more of that later. 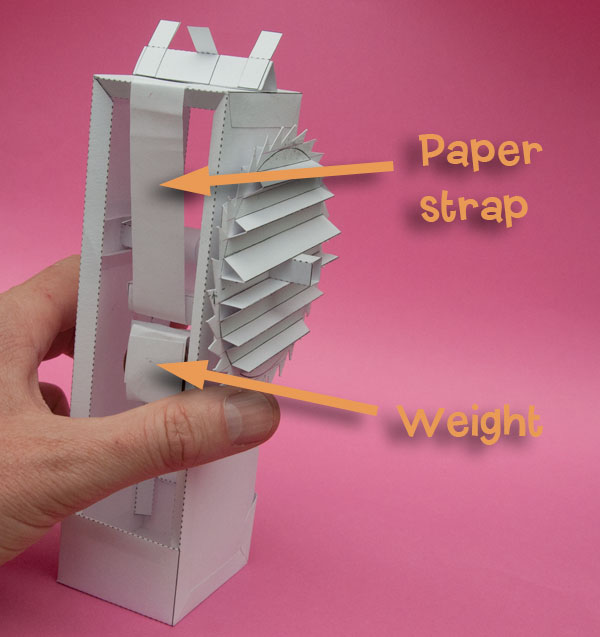 I had originally planned to wrap a paper strap round the axle and attach weights to the end of it. With the length of box I had chosen the wheel would turn just over two turns while the weight fell to the bottom of the box. Thirty tooth wheel, two and a bit turns, that would be around seventy ticks from one winding. By changing the weight so that it acted as a pulley I made it so that I got almost five full turns of the wheel from one winding. Almost 150 ticks! 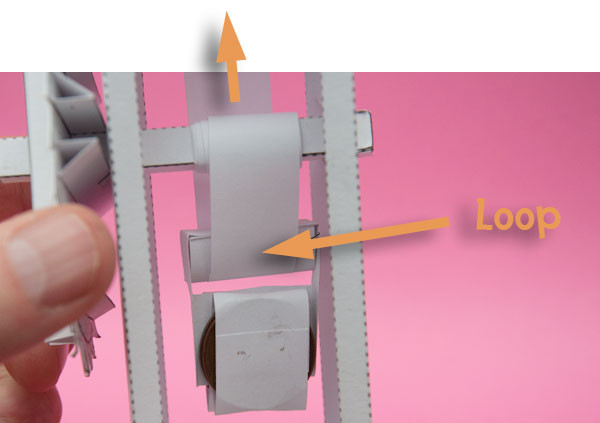 This layout seem to work well though it will need to guides to keep the paper roll centred.

Looking good so far. Next step, the actual escapement.