Two corrections and a modification for you to try:

Second correction. The drive mechansim that I have been experimenting with is not a Geneva Stop, its a Geneva Drive. Makes sense. The Geneva Stop is the mechanism originally invented in Geneva. It is used in clocks and watches to stop the main spring from being over-wound. Again, the mechanism post has been updated here.

And for you to try? I have put together a file for members to download with a couple of alternative stop pieces. These parts interchange with the slotted wheel in the Geneva Six project. 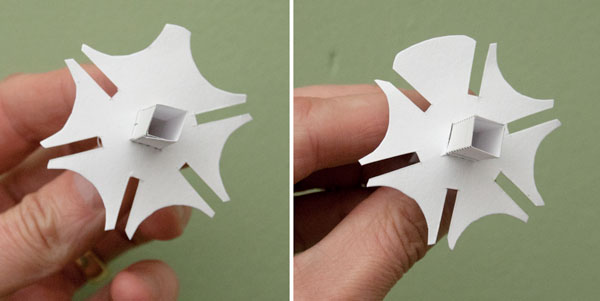 The slotted wheels are made in the same way as those in the Geneva Six model. Fold the wheel piece in half and glue it together to make double thickness card then cut out the outline. Glue together the axle. Slide the wheel onto the axle lining it up with the grey line in the centre of the axle. 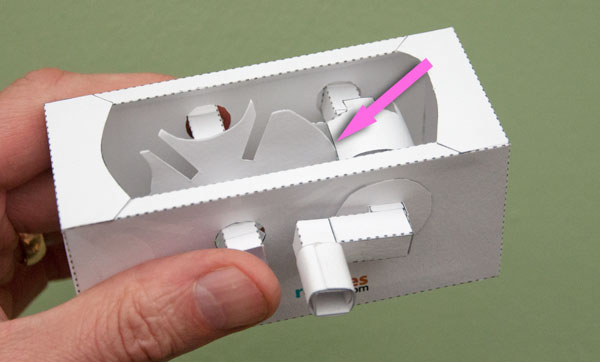 The new Stop Wheels fit into the project in place of the slotted wheel. This wheel lets the handle turn five full turns in each direction before the drive wheel stops as it touches the outside of the stop wheel. 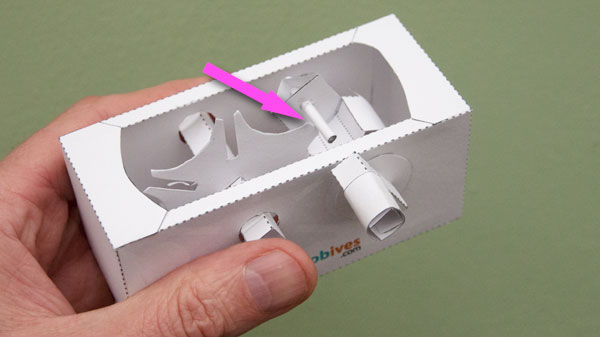 In this alternative layout, the pin collides with the missing slot stopping the drive wheel turning any further. The handle in this model can turn five and a half turns each way, a half turn extra which may or may not be useful in your project.