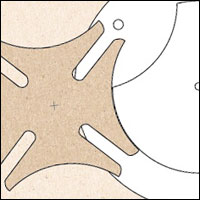 The Geneva drive is named after the city of its invention where it was used in the construction of clocks. 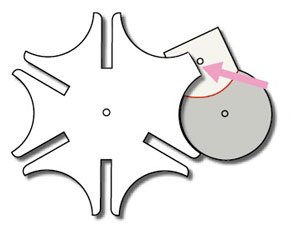 Originally the Geneva mechanism was used as a way of preventing springs from being wound too tight. One of the slots would be blanked off so the winder could only be turned a fixed number of turns. This mechanism is known as a Geneva stop or Geneva stop works.

In this case the spring would be connected to the smaller wheel, the slotted wheel is there to limit the number of turns. After five turns, the pin hits the blanked out slot, arrowed, and the spring is prevented from being over wound.

The Geneva drive mechanism is used commonly in film projectors to move the film on one frame at a time then hold it stationary as the bright projector light is shone through it.

The Geometry of the Geneva Mechanism 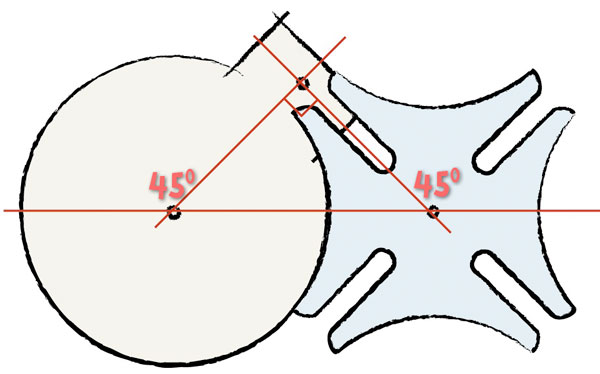 In the four slot Geneva stop, both wheels are the same size.

In Geneva drives with different numbers of slots a little geometry soon reveals the relative sizes of the wheel. 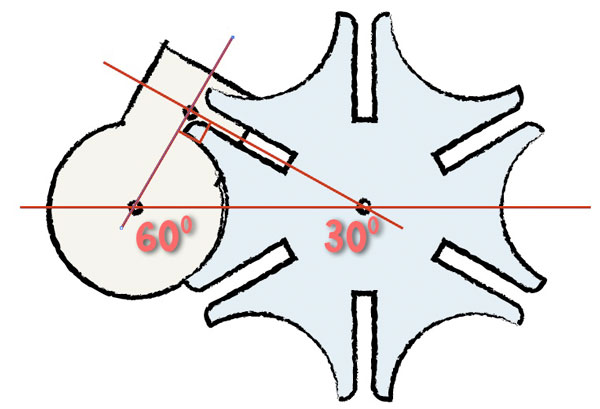 For example, in the six-slot design, left, the slots are sixty degrees apart. The drive pin needs to to enter the top of the slot at an angle of ninety degrees. With the angles fixed, working out the dimensions is straight forward. In the six slot example, construct a right angled triangle with one the the angles being sixty degrees. The radii (radiuses?) of the two wheels are the lengths to the two shortest sides of the triangle and the wheels are separated by the length of the longest side. Ta daa!