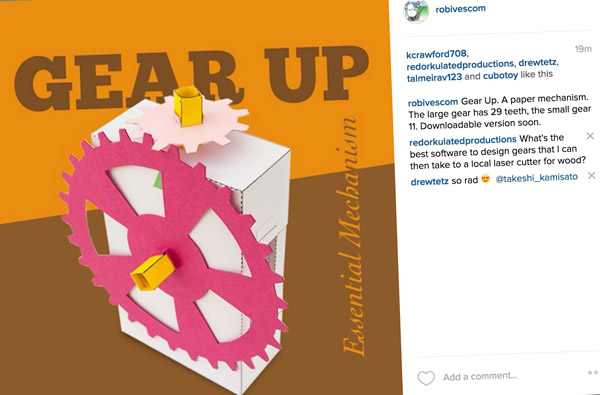 Gear Up. Most of my previous gear models have been reduction gears. As the handle is turned, the output gear turns slower. It is easier to gear down as the relative amout of force on each gear goes up each time you gear down. This means that any friction in the system is easily overcome. Sometimes, however, you just need to gear up!
To that end I have put together this trial mechanism. The large gear has twenty nine teeth, the small gear has eleven giving an almost three to one speed increase. To overcome any problems with friction I have made the axle hole for the small gear very slightly oversize. 8.5mm rather than 8mm.
If you click on the image to the left you will be able to see an Instagram video of the gear in action.
I’ll be putting the gear together as a downloadable project very shortly. Meanwhile, you can follow progress on Instagram. 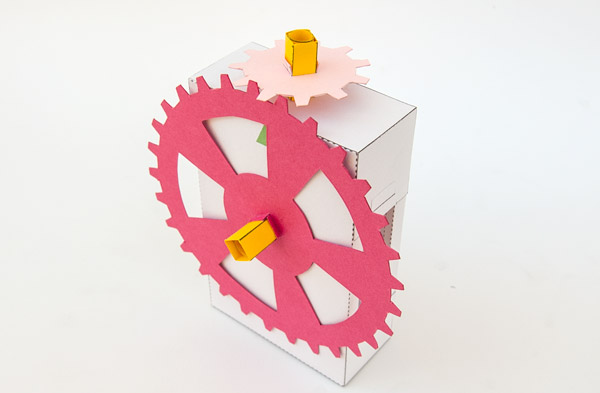 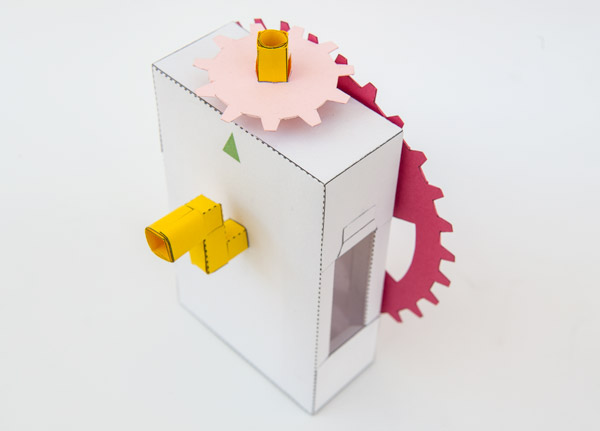