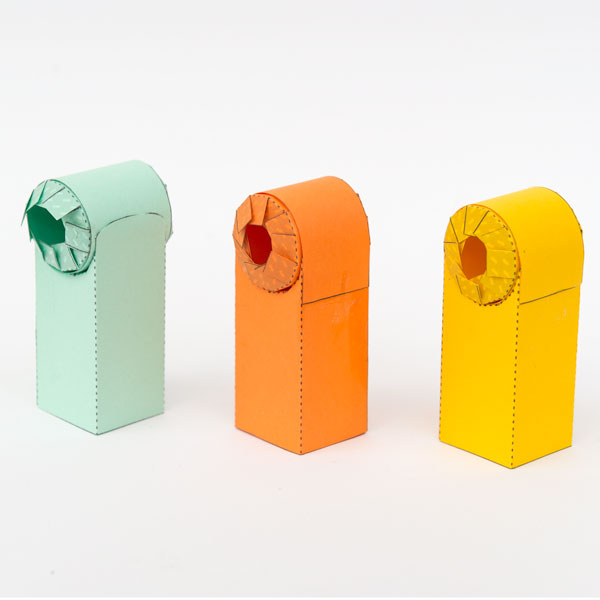 I’ve been working on poseable models – as you probably noticed.

I’m still experimenting with joint design and have yet to settle on a preferred design.  I’m pleased with the tube and slip ring idea as a general principle, mainly because the alternative is a hole and tab design and I really don’t like cutting out circular holes.

Here, in green, is the current design I have been using for slip ring joints. 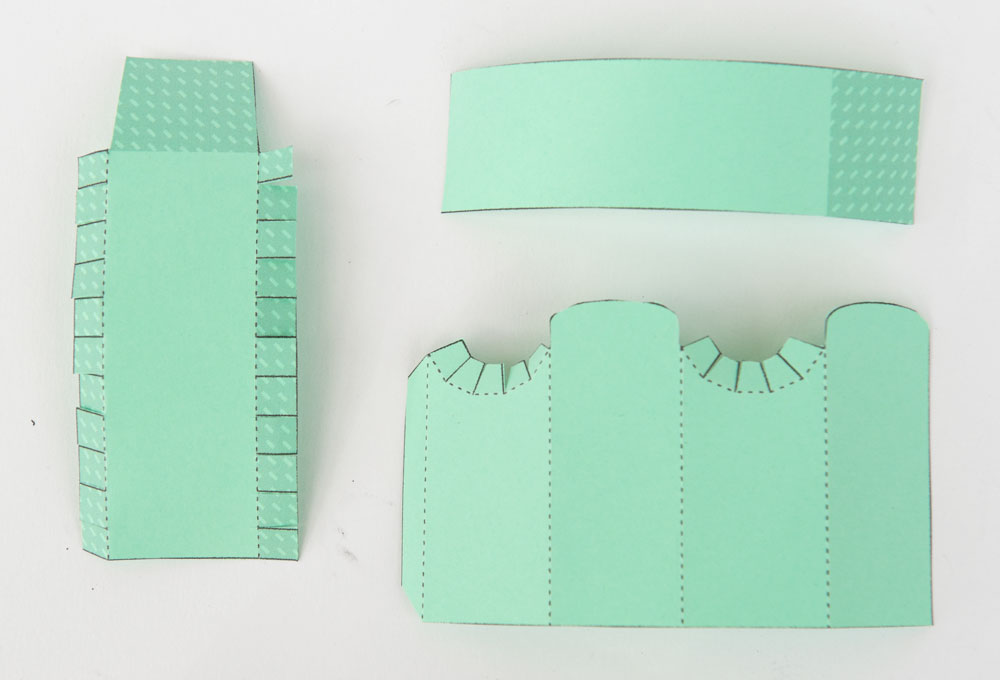 A slip ring is wrapped around a central core and glued to itself so that it is free to turn but is a tight fit. The friction of the paper on paper keeps the joint in position for posing purposes. 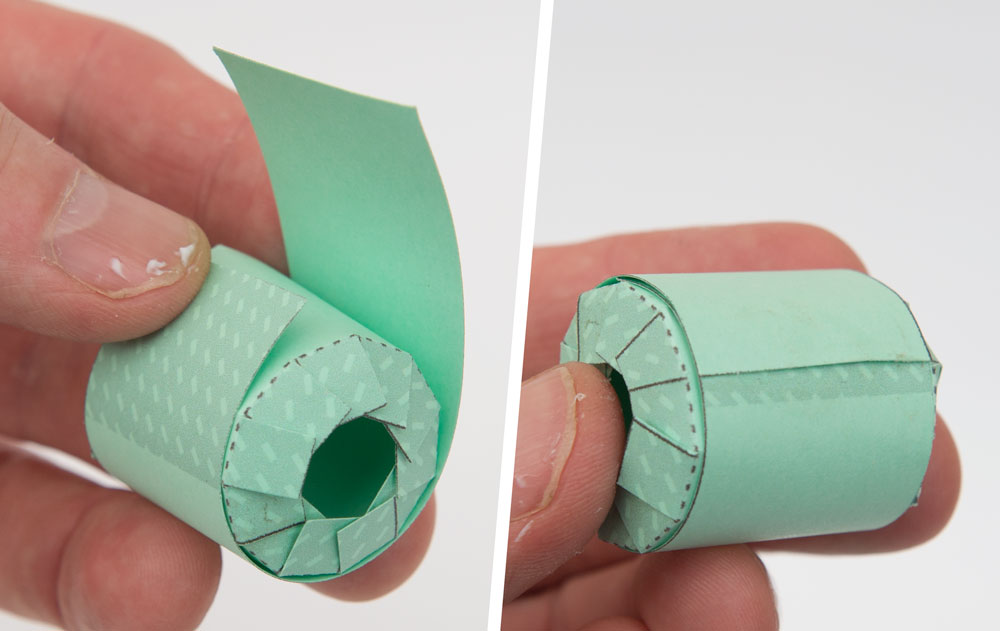 A limb can then be glued to the outer ring of the joint leaving the centre free to rotate. It works well as a joint and is at the centre of the creature project I just posted. It is not the only way of making a slip ring joint though and I thought I would see what else I could come up with. 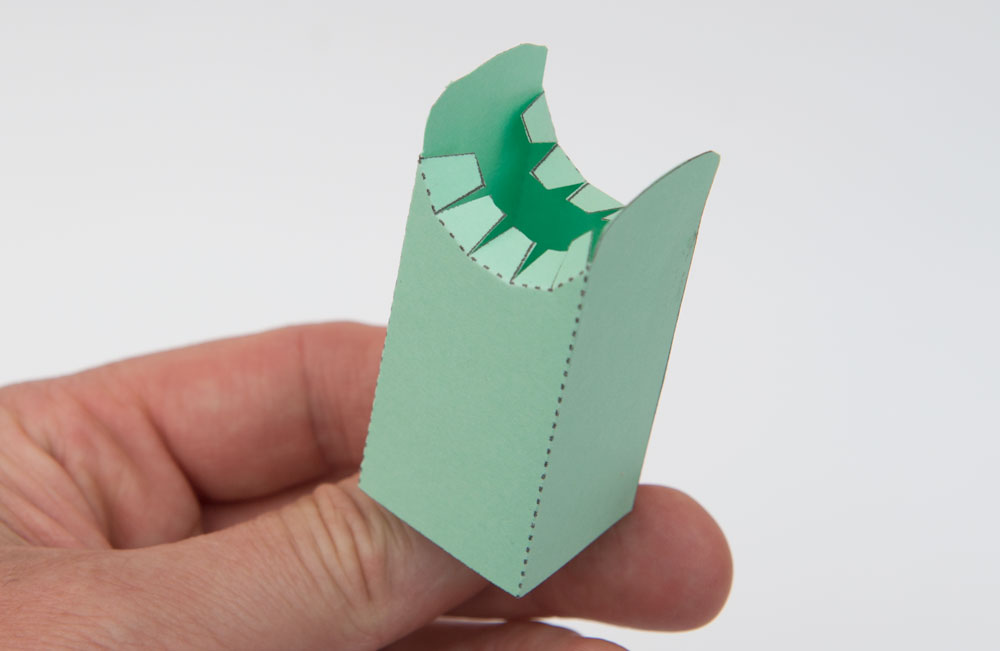 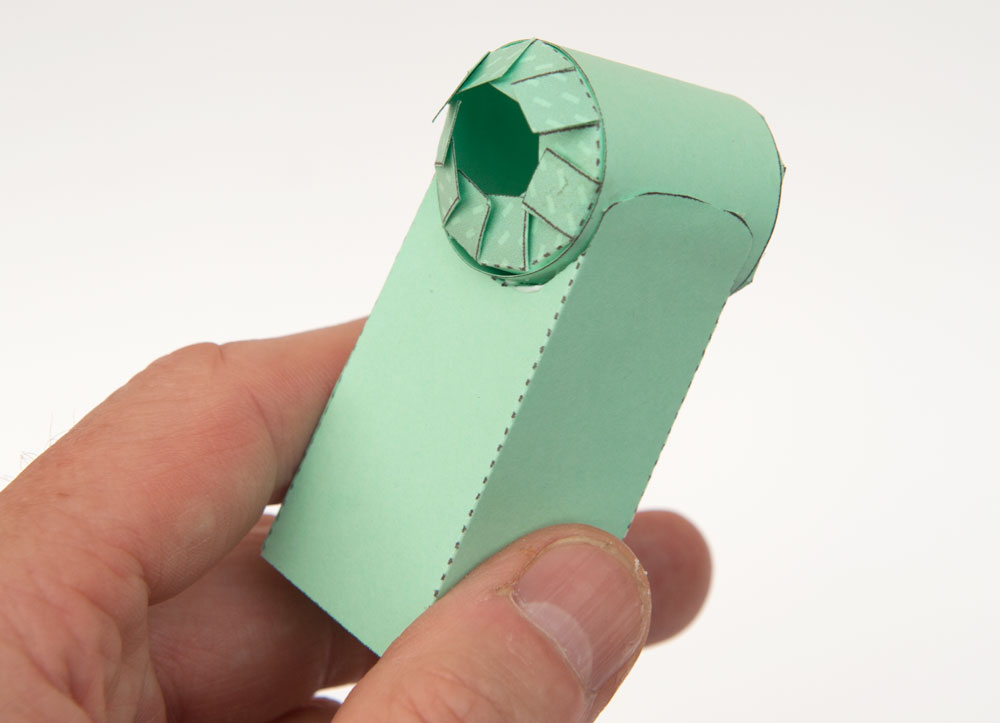 This second joint – presented here in orange, it the version of the joint used in the hips of the Poseable Legs project. There are only two parts in this joint, no outer slip ring is needed. 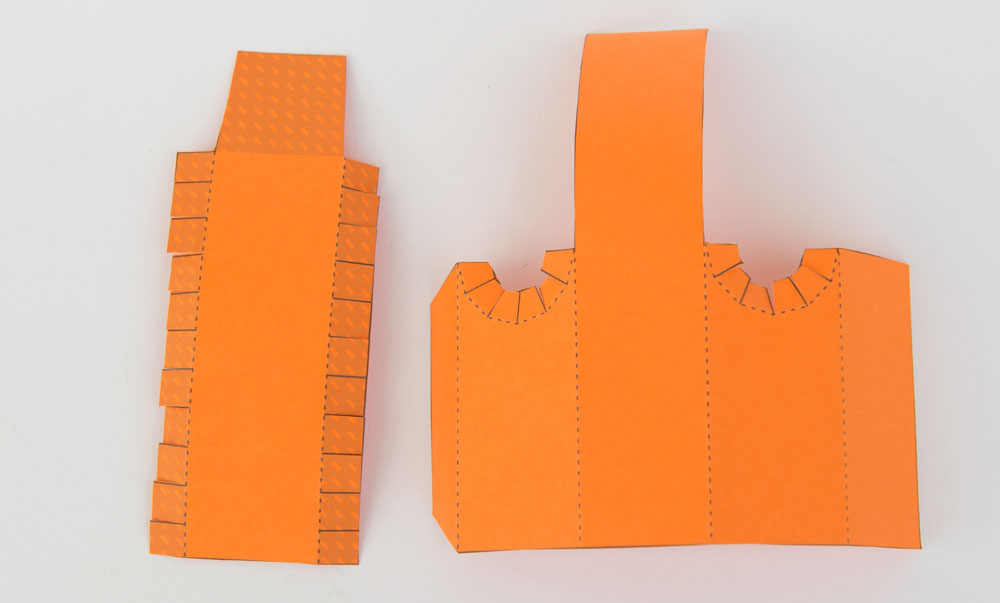 The central core is just the same as the previous version of the joint. 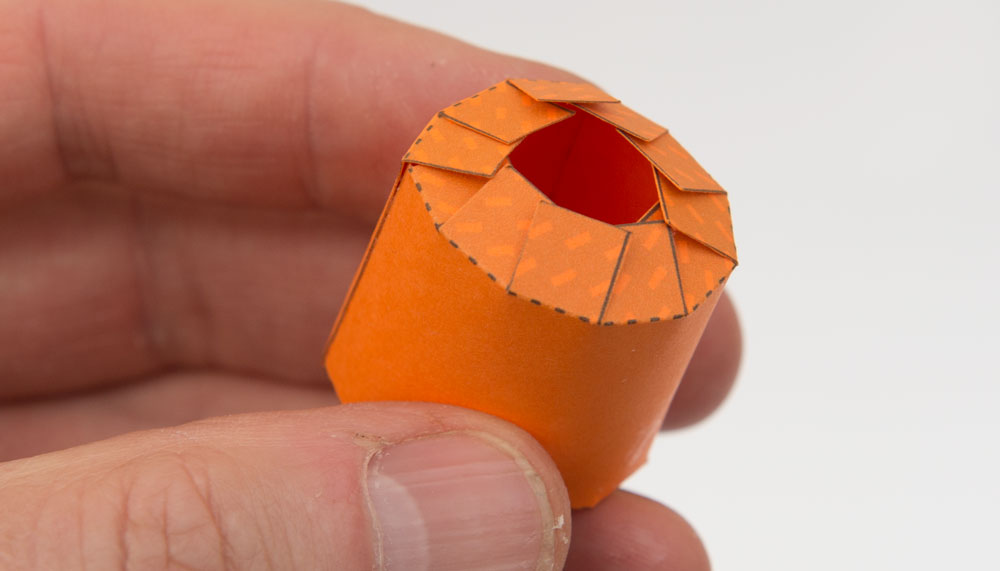 This time, though, it sits on top of the unglued tabs at the top of the limb. A strap reaches over the tube and is glued to the other side of the limb. 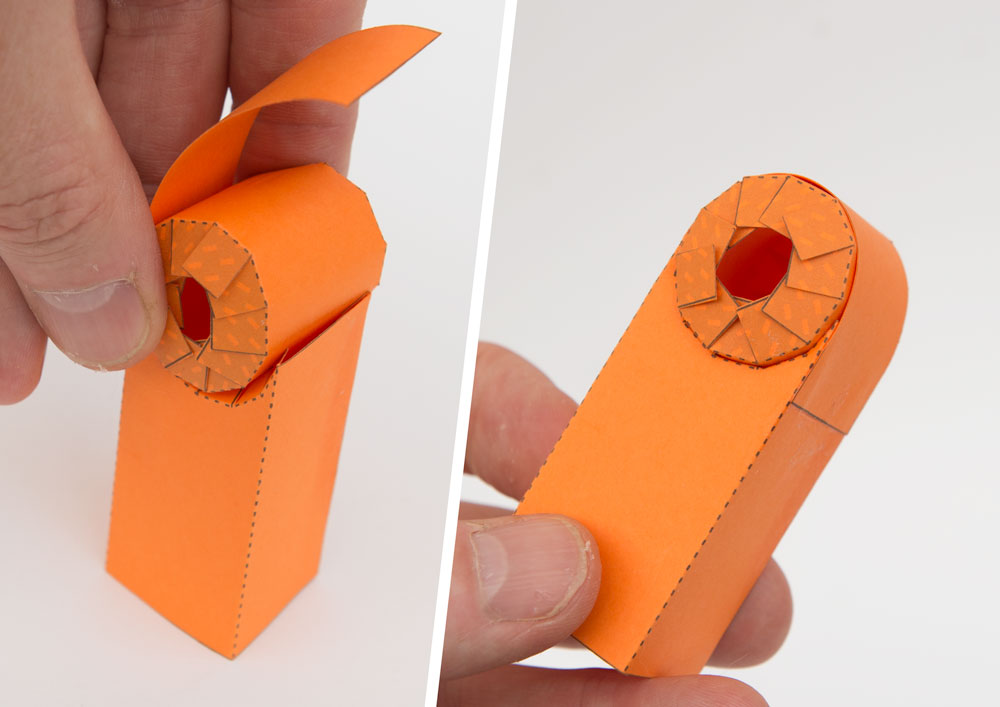 Neat and simple but, as you can see below, there is no rigidity in the sides of the legs and they are easily pressed inwards. This is not necessarily a problem, but in any case may be soluble. 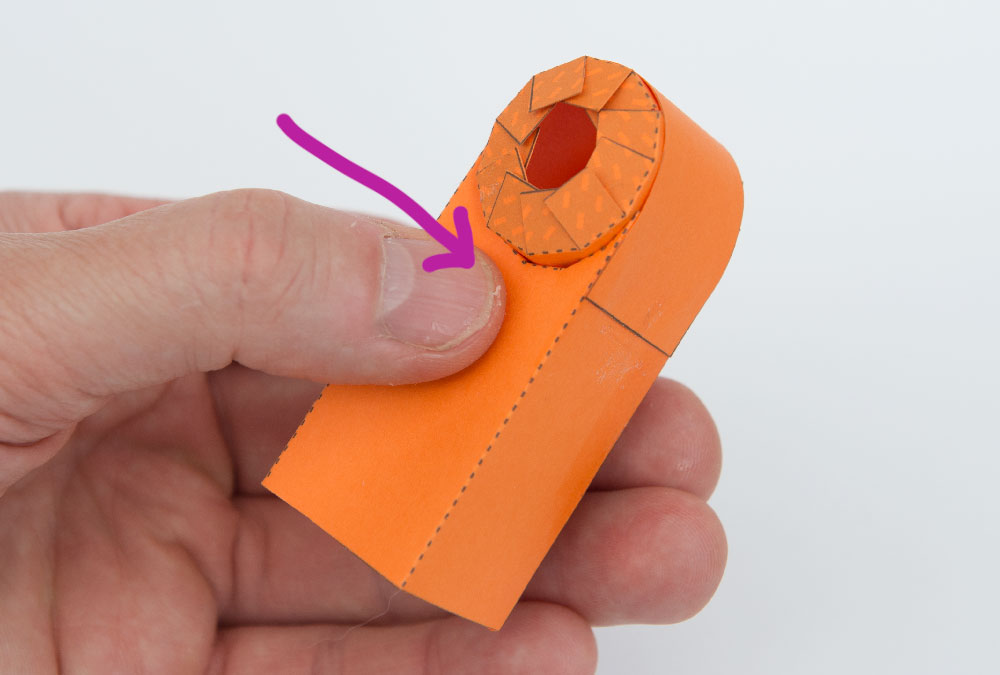 In this version of the joint, shown here in yellow, only two parts are needed. This time there is a strap going under the rotating core as well as the one going over the top. 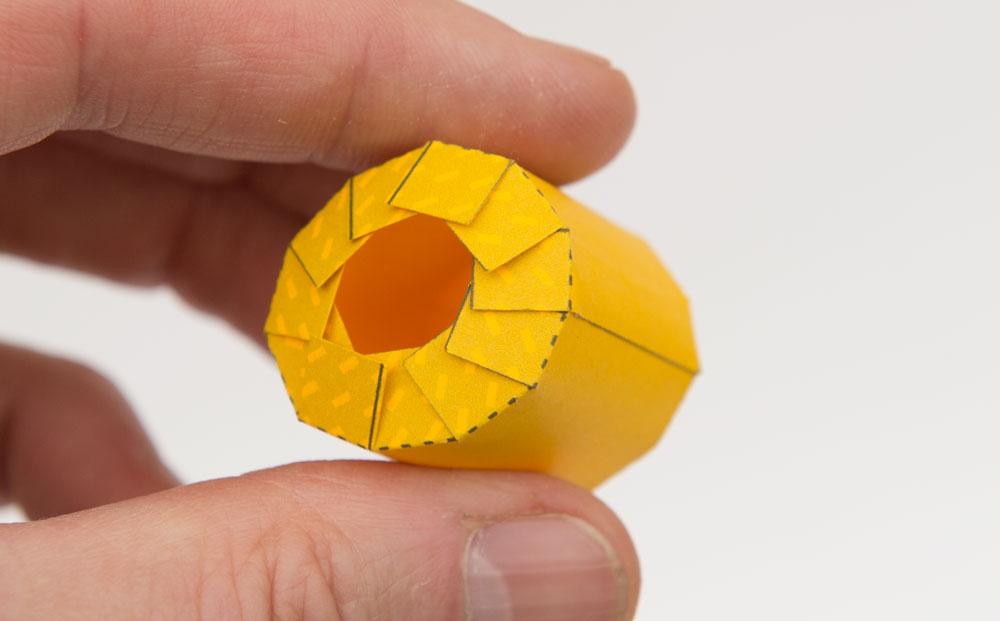 The tabs are glued… 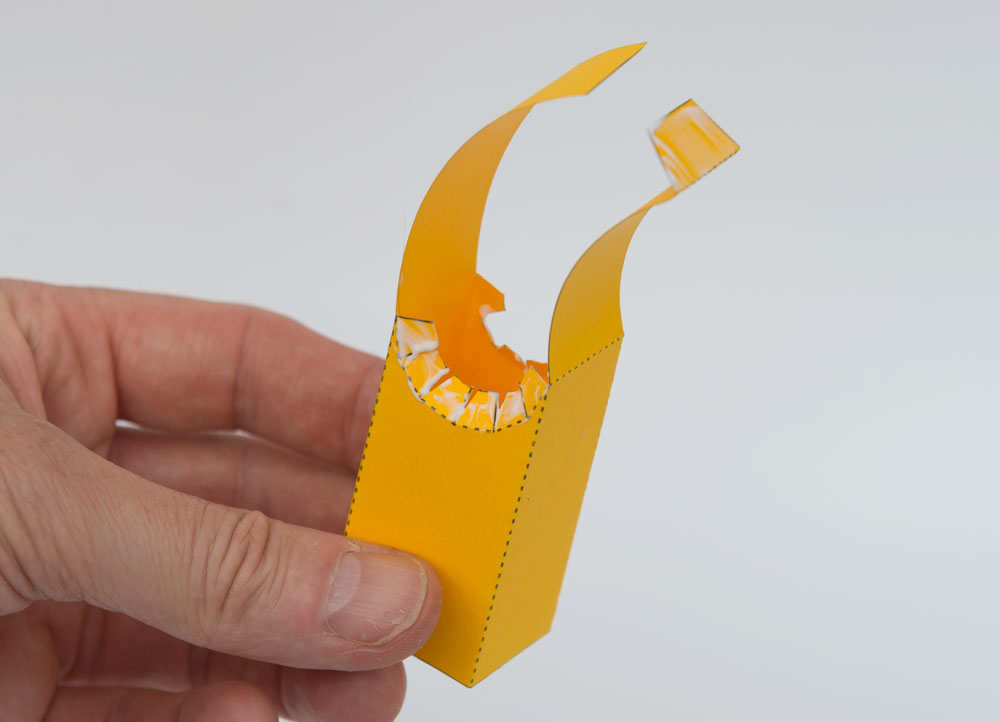 …and the lower strap is glued to them. The result is a curved surface on which to rest the rotating core. The structure also provides stiffness for the box preventing the sides being push inwards. 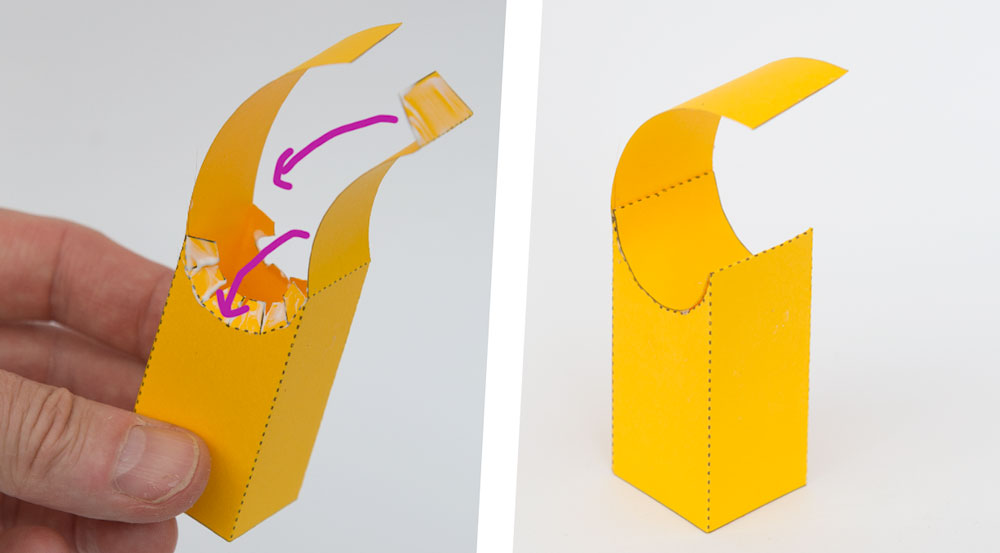 The core drops into position and the cover strap is glued down holding it into place whilst still allowing it to rotate. So which is best?

The second two are easier to make and easier to make well. The second one is simplest and will probably work well on most occasions but for the sake of a little extra effort, the third design makes a good solid feeling part. I’m still not fully decided and it may well be that I come up with further designs. So far though, I’m going with the third design. 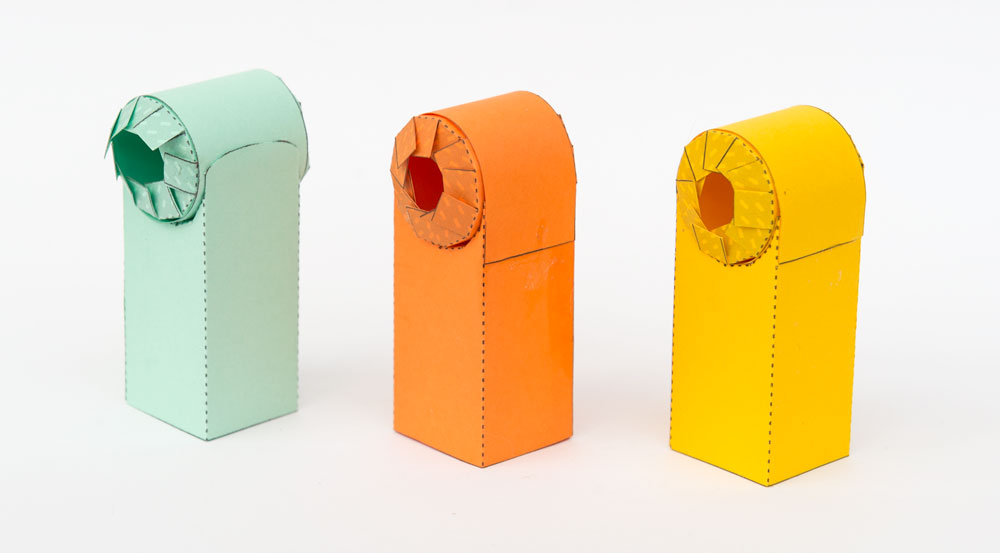