I've been working on the Early Bird model as well as a couple of other projects which I'll tell you about later. Having worked out the bird, the worm and the mechanism it is matter now of fitting it all together. 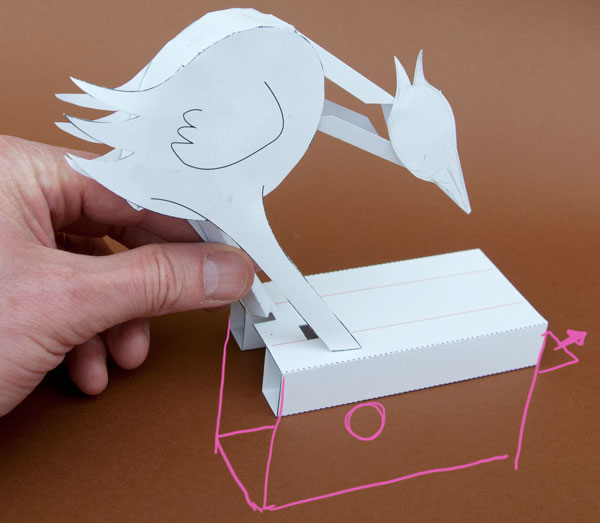 The problem is that the box section is inherently flexible.

Triangles are good where things need to be rigid. To that end I put together this shape.

The sides are nicely rigid but the centre flexes horribly. 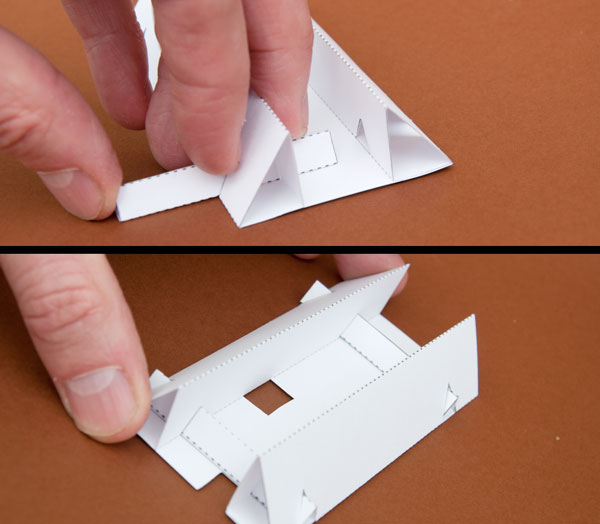 By cutting small holes in the side of the tube sections I was able to add a second, smaller tube section running across the base. Looking good!

With the base and bird complete I could then glue the two together. 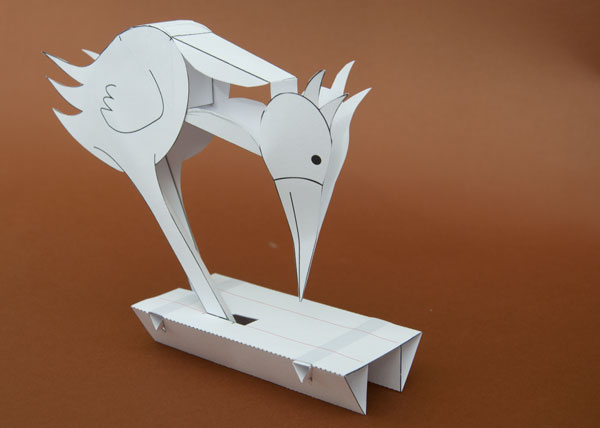 This will be a case of function leading form. The box I had originally planned is now gone. I'll suspend the cam follower and worm from below the base. I plan to make the ratchet and cam as a separate unit then join the two together using a couple of vertical beams.