I've been working on an experimental mechanism that I hope to use in a few different possible models. The mechanism is based on a crank. In this crank there are two parts. Effectively there are two cranks one following ninety degrees behind the other. 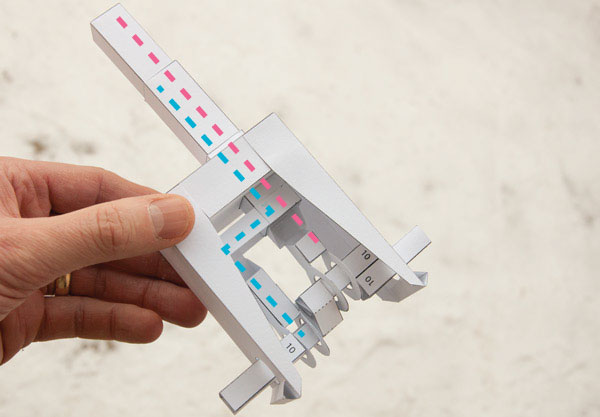 As the crank is turned, one push-rod moves up and down and the second follows slightly later, sometimes going the same direction, sometimes the opposite direction. The resulting movement is interesting and has a fluid feel to it.

Having worked out a first draft of the box I can see a few improvements that can be made. I'll implement them before I make the mechanism available as a download.  Meanwhile I'm working on a flash animation to show how this mechanism will work.

I haven't forgotten about the random motion Santa model. I've been experimenting but it still needs some work so I reckon it'll be after Christmas before its done. I'll probably use the mechanism for another model then produce a Santa version next year. Sorry folks. I'm sure it'll be worth the wait though 🙂