The Desktop Gremlins Book Kickstarter Campaign is drawing to a close. David Landis has made an exclusive campaign-only papercraft that will be given away as a download link (via a backer report) to everyone who makes a pledge to his Kickstarter Campaign. 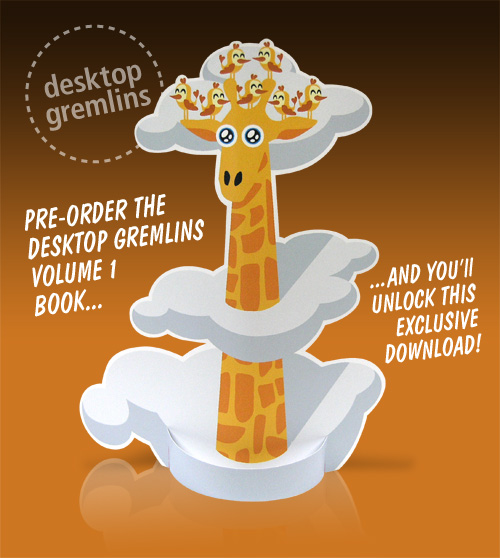 So if you want this clever and amusing design, support his campaign before time runs on on Sunday! The campaign pledge tiers are filled with lots of exclusive surprises, so don't miss out! The Desktop Gremlins book is going to be fantastic! 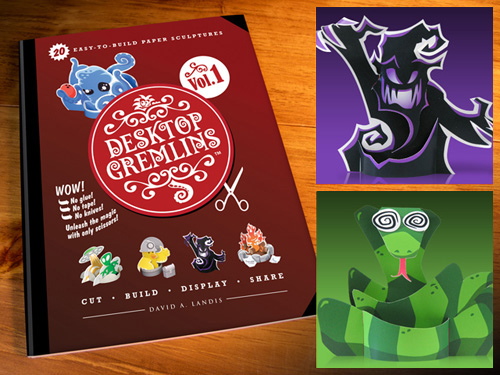 I'm thrilled for David with the response there has been for his fantastic project. It is certainly spurring me towards starting my own Kickstarter project. If you haven't already done so, sign up for Desktop Gremlins now!