As part of a forthcoming laser-cut project I need a 3:1 gear reduction. It is a fairly small reduction which could easily be made with just two gears. For example… This gear pairing is a 13:39 which would reduce the output speed of the orange gear to one third of the smaller pinion gear. 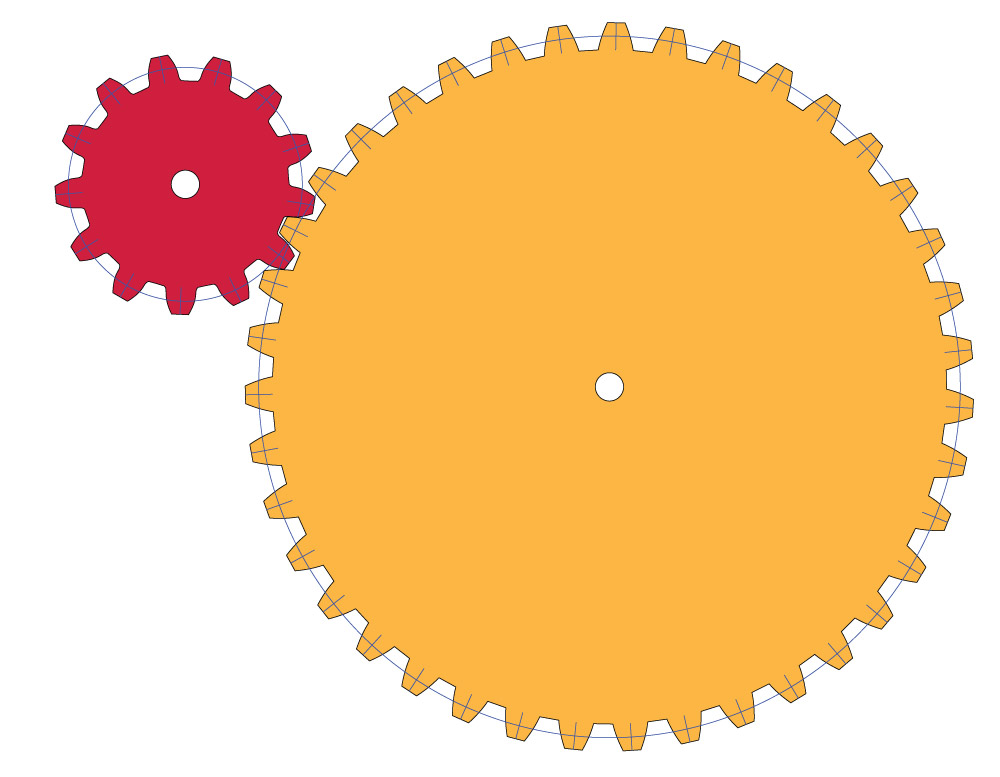 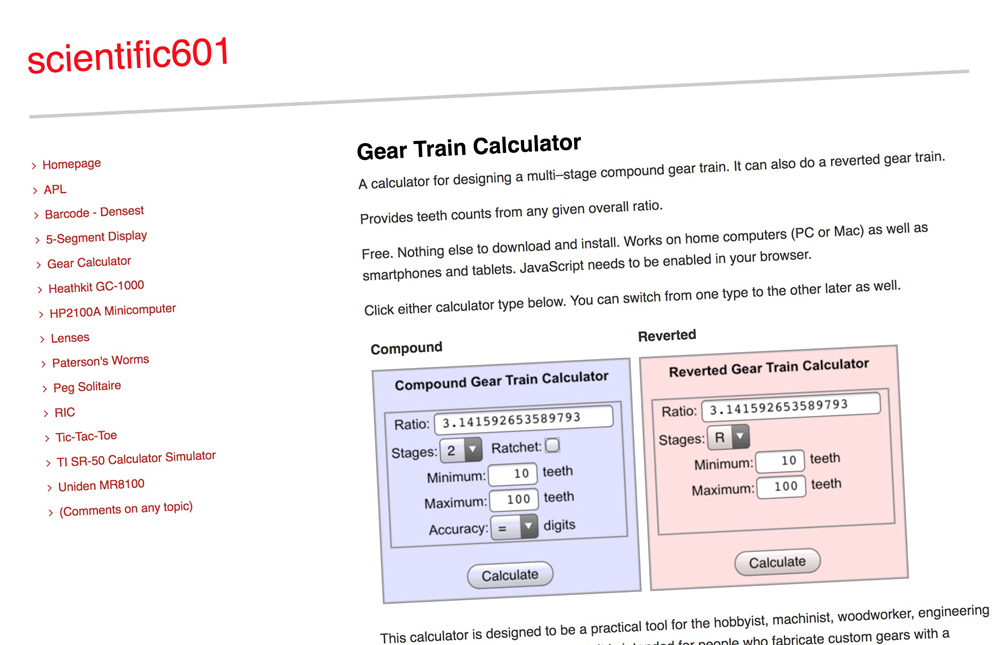 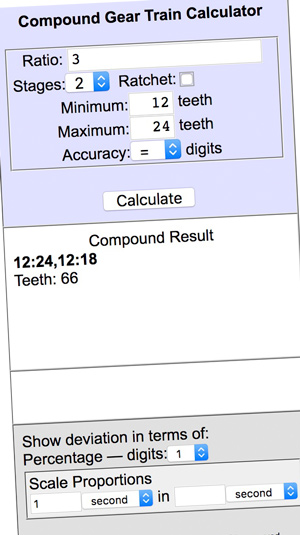 I entered a minimum and a maximum number of teeth and hit calculate. The suggested result was these two gear pairs 12:24 and 12:18

The output from the final 18 tooth gear is one-third of the speed of the input 12 tooth. By splitting the drive into a compound gear the distance between the input and output can be easily changed by varying the angles between the gears.  Next step will be to add a Geneva drive into the design.