Concave shapes, shapes that curve inwards on themesleves, are slightly more tricky to cut out than ordinary shapes, It can be awkward to steer your scissors round inward curves without creasing and distorting the card you are cutting. Here are a couple of simple techniques to help you cut out these difficult shapes. 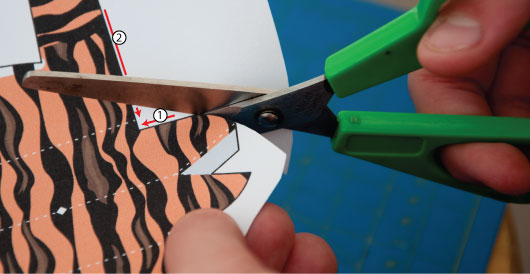 Cutting into a corner. Don't attempt to steer your scissors round the corner, it will distort and crease the card. Instead cut into the corner from one side, turn the work piece round, then cut in from the other side. Be careful as you approach the corner that you don't cut either too far or not far enough. For the most accurate and precise cutting, use the part of the scissors blade closest to the hinge. 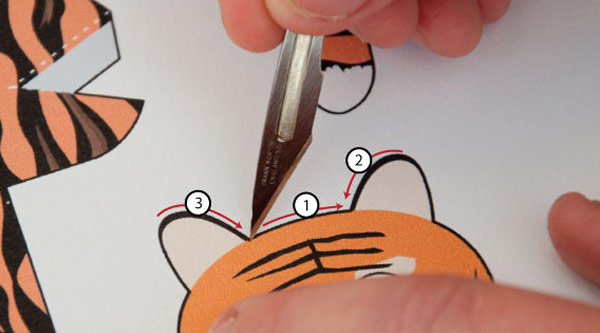 Shapes like this are even more awkward! Obviously it is not possible to get a pair of scissors into the area next to the number (1) without bending and distorting the card.