Escapements are constructed from a collection of interconnected parts. Today, the weight. 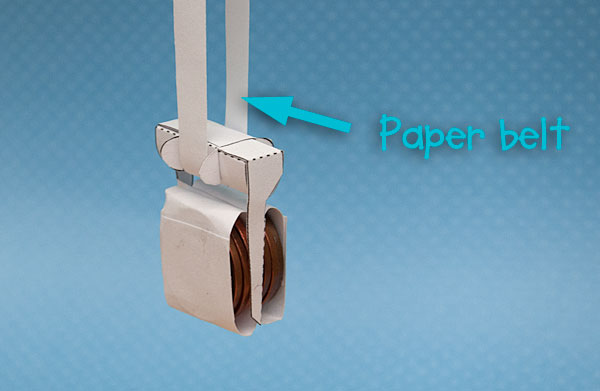 As the weight drops down the belt slides under the curved surface at the top of the weight assembly. It still ran a little stiff so I thought I'd try adding a roller for the belt to roll over. It worked better even though the roller didn't actually turn. Weird. I suspect that the reduced diameter of the curve is reducing the friction on the belt making it run better. There are a couple of things I can try now. I'm pretty sure that the axle doesn't rotate because it is the proverbial square peg in a round hole. To make it work better I could use a cocktail stick as the axle however as I'm idealogically opposed to cocktail stick parts in paper models my alternative is to try reducing the diameter of the slip curve even further, making the weight assembly with no moving parts. 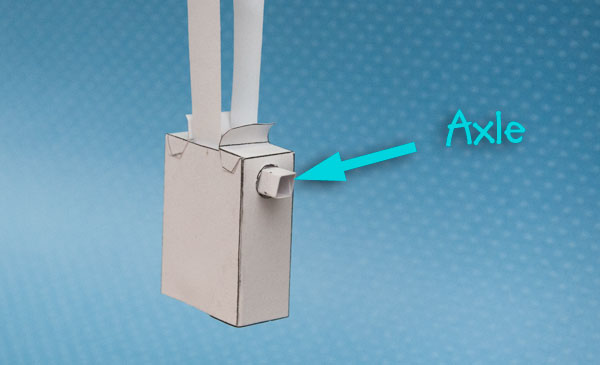 In other news. I've added a pendulum to the top of the box and added one of the two palette arms just so that I can begin to see how the geometry works. Looks like I can move the wheel up 20-30mm on the box. 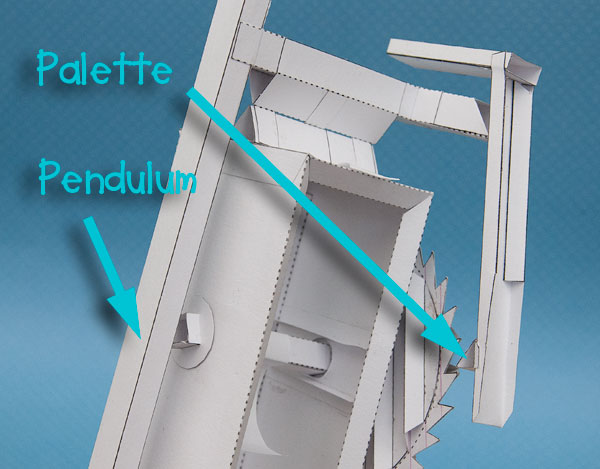