Here’s the plan. Using the worm drive from the previous post, I’m planning a snail model. Turn the handle and the two cranks in the box will turn really s-l-o-w-l-y moving the snail head back and forth hopefully giving the impression of a slithering snail. The head will be driven by one crank and the tail by a second crank following ninety degrees behind. 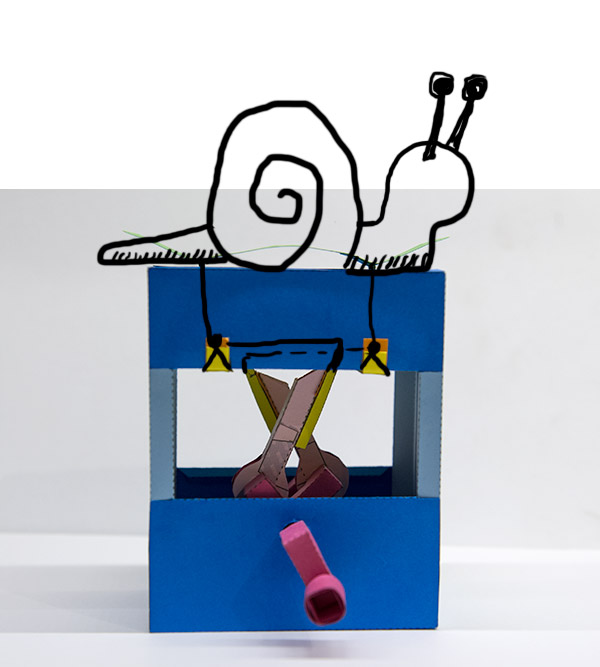 Here’s my draft version of the double crank. 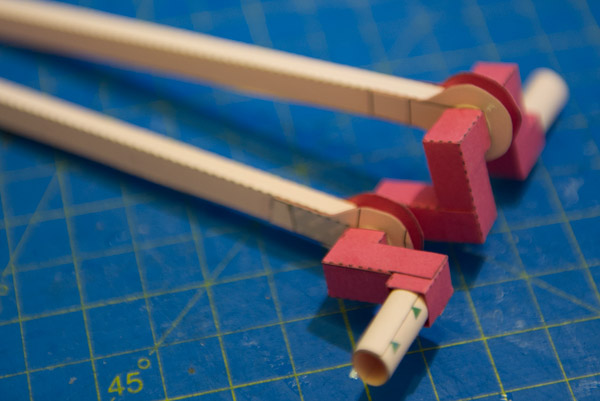 And here it is fitted into a box and linked up to a couple of bell cranks. 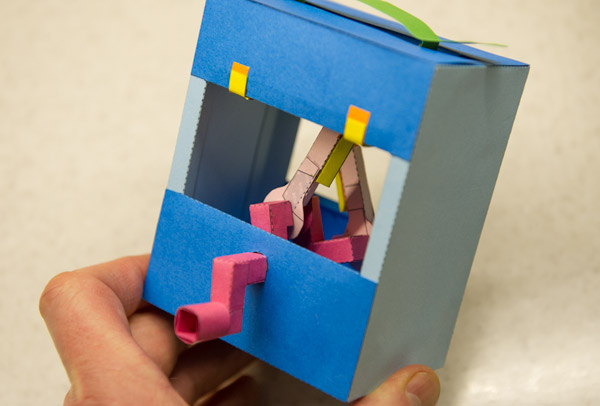 The mechanism also makes a really nice crawling caterpillar. (I think they are called inch worms in the US) So to that end I’ve also been experimenting with segmented bodies. 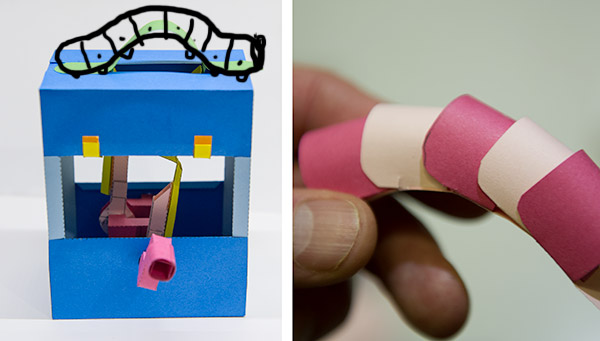 The caterpillar will work better without gearing down. I seem to have three or four interesting models on the go here so I’ll be concentrating on finishing them off and getting them posted to the site over the next few days. Should be fun!