I'm trying to make you a paper version of one of those Victorian bird boxes where the bird moves and sings. Obviously I won't be able to make anything as sophisticated as the Victorian model but there is still quite a bit that we can do.

First step is to make the bellows and pipes. In the Victorian models a single pipe is used with a cam controlling the tuning. Making a tune-able pipe is possible but the tight tolerances needed mean that it would be really hard to construct and probably not very reliable. Instead, I've decided to go with two pipes and two bellows to give the bird song some variation. I can then use a cam shaft to drive the bellows. I've made the bellows narrow so that I can fit two next to each other in the box. 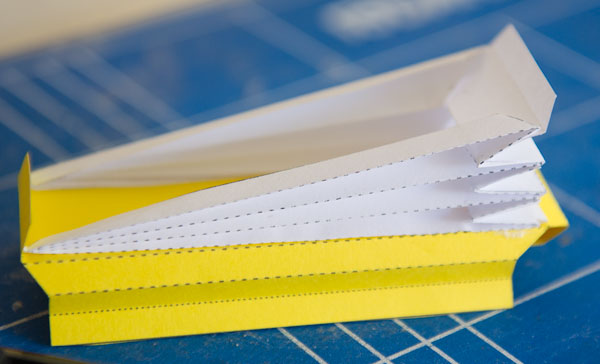 Two bellows fitted to the underside of the box top. 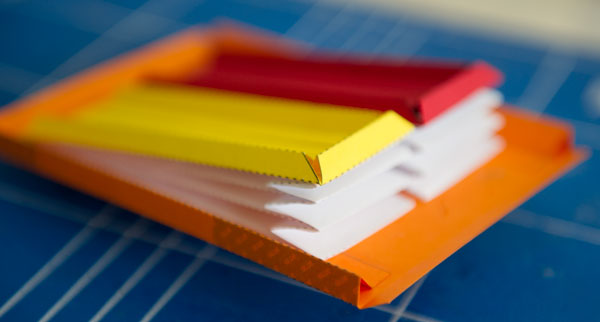 A cam shaft and cams finish off the prototype.

Briskly turning the handle operate and the pipes tweet. Not bad for a first draft. I have a few small changes then I'll be looking at how I can fit a bird to the box top and bring it to life. 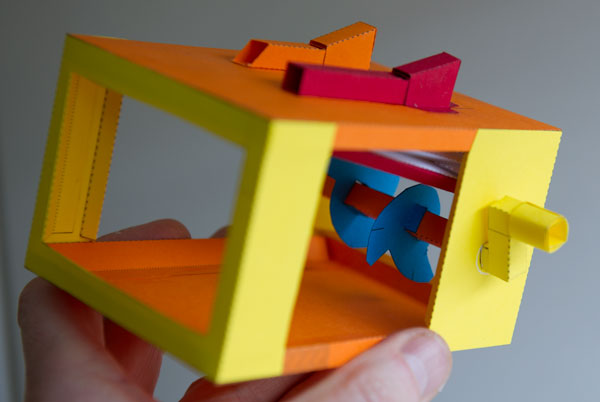