In the previous post I had worked out how the bird beak mechanism could be driven via a cam follower under the model. Theory is one thing, time to put the idea into practice. Here’s my first draft. The cam follower pivoted on a point roughly 30mm below the box top so I put together the triangular hanger seen here then linked everything up. 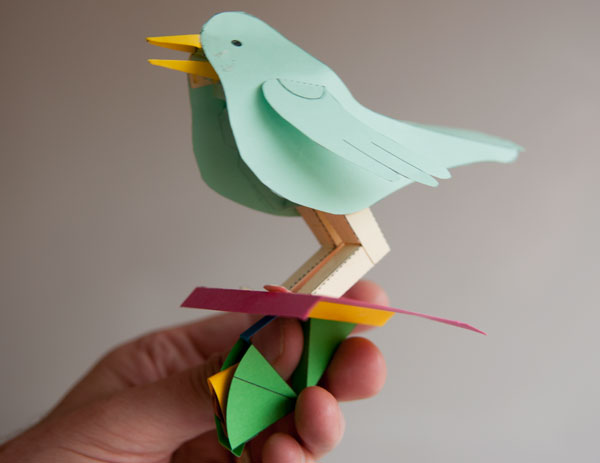 As is often the case with prototypes, the behind-the-scenes parts turn out to be quite a mess! Little bits snipped off, other bits folded over. Still, just so long as it works! 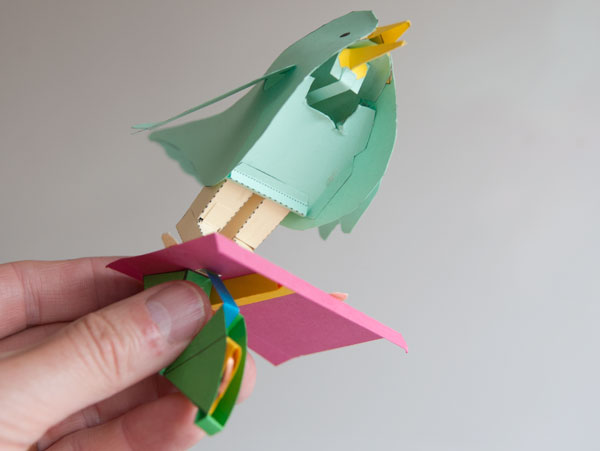 I’ll be changing it round mechanism so that the beak opens when cam falls rather than the other way round. Not bad for a first draft though 🙂 Once I have sorted that I should be able to fit a drive for the wings up the second leg.