Where was I? Oh yes. Gears.

So, I had a long strip, briefly co-opted for the flip face  mechanism, which I wrapped round as originally intended to make a loop. Thirty teeth. 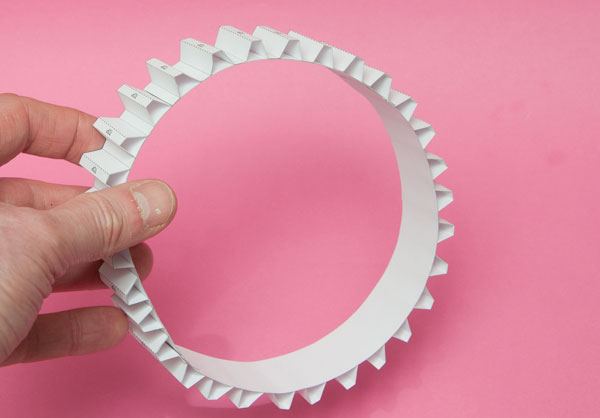 These are the second pair of disks I make to go in the centre of the gear. My math-fu skills let me down with the first set and it turned out slightly too big.

Notice the six tabs. These are 15mm long, half the width of the gear strip. 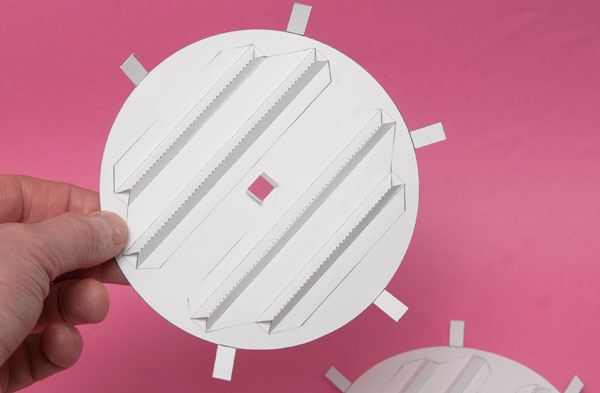 I fitted the two disks back to back with the reinforcing triangle sections perpendicular to each other. I also fitted an axle to keep everything aligned. I glued the two disks into place using just the tabs. Notice that the end of the tabs fits flush with the edge of the gear. 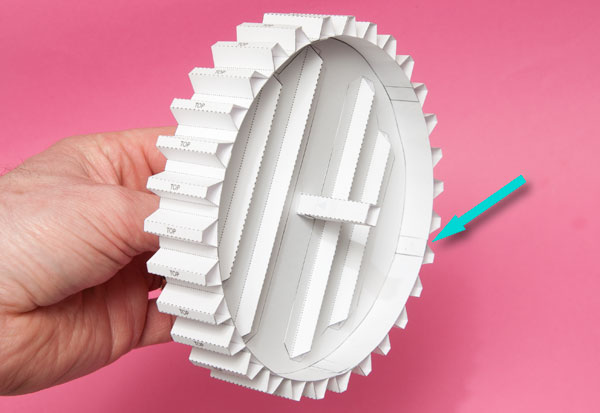 And there it is. Driving it against the small involute gear feels really smooth! I'll fit it into some sort of case in the morning. 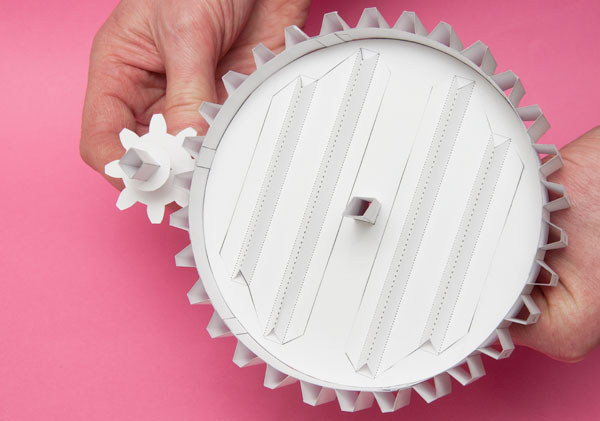