This morning I had an Google chat message (I'm usually around on paperpig@gmail.com if you want to call) from subscriber Jay asking if I had any thoughts about how his students could approach the Archimedes Screw. It so happened that I had had a look at this when I was making the worm gear so had a few pictures and prototypes. Always the easily distracted type (Ooh look! There's and interesting idea for a mechanism) I dug out the photos and prototypes and had a quick reprise.

The Archimedes screw was originally used as a way of raising water for example in irrigation. At the centre of the screw is a spiral like the one above – an extension of my worm gear.

This is wrapped in a sheath, the sheath is fixed into place, there is no need for the screw to turn inside it, the whole thing rotates as one fixed unit. 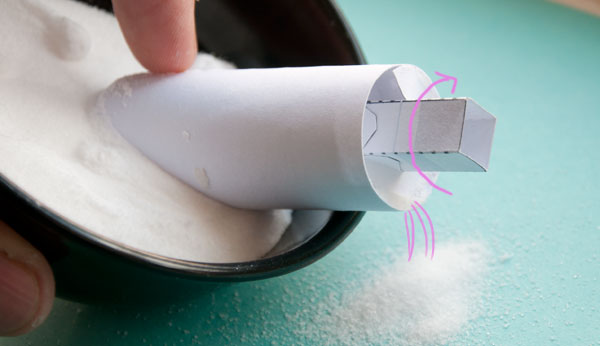 Then it is just a case of dropping one end into liquid, or in this case salt, and turning it. the liquid is trapped within the screw and moved up the tube as it turns, emerging from the top in an intermittent stream. 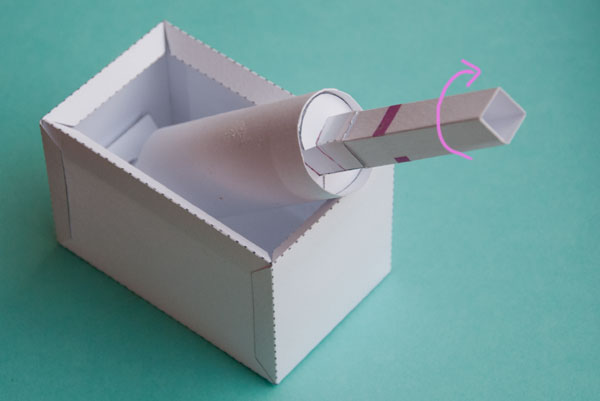 I've made a new one today and fitted it into a box with an bearing at the bottom. Now with the box filled with salt, the screw works really rather well! I'm going to try the same but with a steeper pitch to th thread and a slightly wider outer tube o see if I can get it to lift more salt with each turn. I think this will make a nice kit!