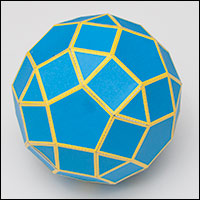 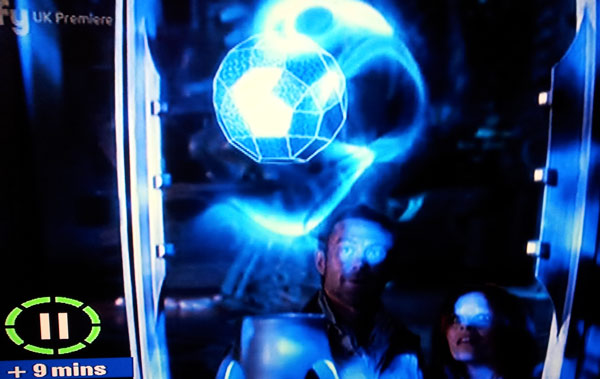 So I started watching the new series “Defiance” on the TV when this mysterious glowing space shape thing appeared on the screen. I’m afraid that was as far as I got through the program. When I finally looked up from trawling through the ever fascinating Geometry Junkyard and the Wikipedia pages on 3d shapes Defiance had finished. I’m afraid that happens a lot. I do like to go to the cinema with #truelove. She really doesn’t approve if I use my phone to explore internet rabbit holes at the pictures so I tend to be able to watch films right to the end without getting distracted. Just so long as I stay awake.

Anyway, it turns out that the shape is a Rhombicosidodecahedron. It is made from 12 pentagons, 30 squares and 20 equilateral triangles. There is all sorts of fascinating information here on the Wikipedia page. I tried out a few nets before settling on one with five parts spread over two pages. If you are a member you can download the parts and make your own for free. Non-members can join in the fun for £2.50

Score along all the dotted lines (there are loads. Sorry.) then carefully cut out the pieces. Fold along all the crease lines before you start the assembly to ensure crisp creases.

There are a total of five pieces. Two large, slightly different from each other and three smaller pieces all the same as each other. Find the two larger pieces. One has a black dot on a tab, the other has a black dot near an edge. Glue the tab with the dot to the edge with the dot. Line up the parts as accurately as possible. 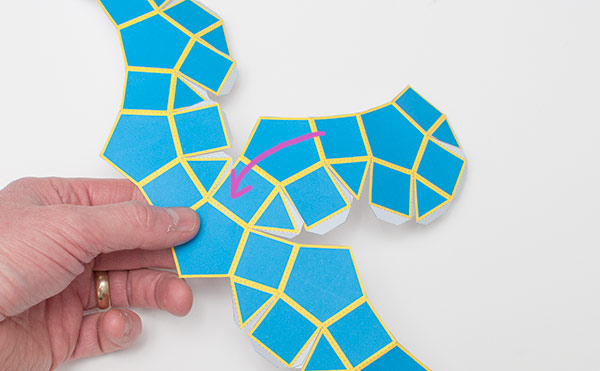 Accurately glue one of the remaining three pieces to the central pentagon. Use the picture above to help with orientation. 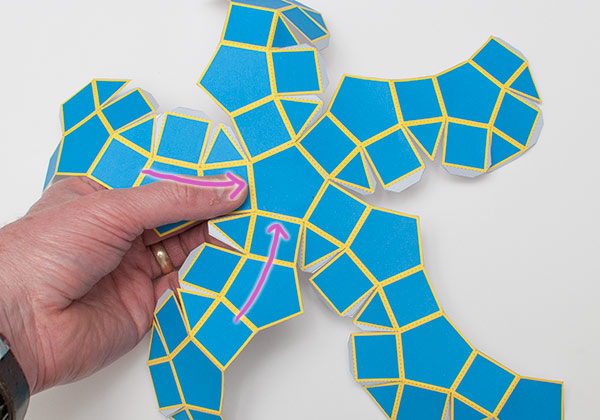 Glue the other two pieces to the central pentagon, again using the picture for alignment. 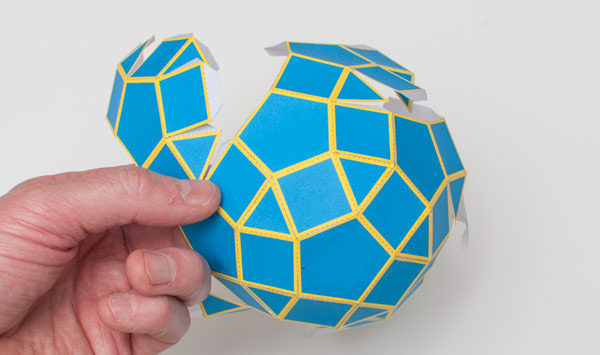 Starting from the central pentagon, work your way round and up gluing down tabs to make the 3D shape. 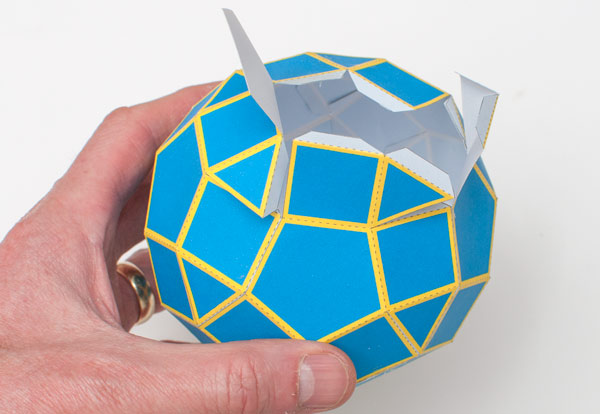 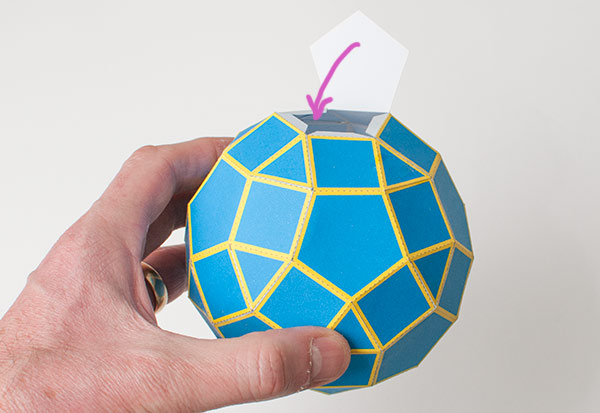 …until only the last pentagon remains. 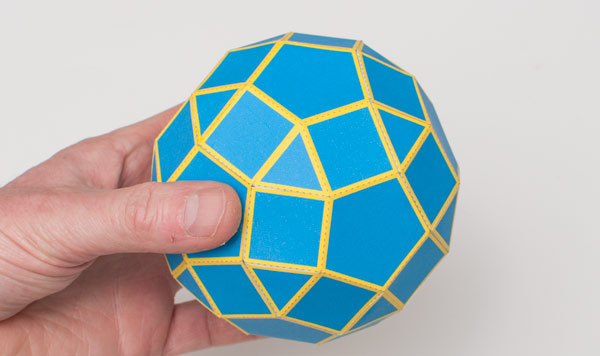 Complete the shape by gluing down the last pentagon. Nice!

The questions remain. Was Defiance any good? Did anyone watch it? Should I go back and try watching it again? What other 3D shapes will distract me if I do?