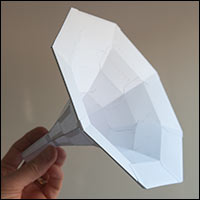 Okay, so this is for a project that probably won’t even work when it is finished but hey, you never know until you try. I won’t go into details yet but basically I’m trying to play recorded sounds using only paper. As I say, it probably won’t work.

That said. The horn part of the project is rather splendid so I thought share.

I started off by drawing out a profile of a horn and dividing the curved surface into 20mm lengths. 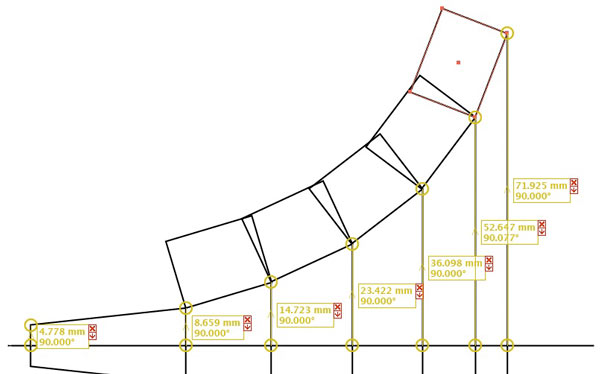 I then measured down to the centre point at each intersection. 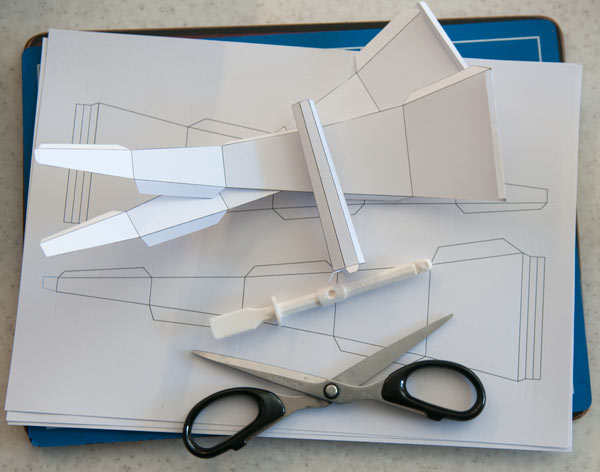 Here are the parts ready to go. 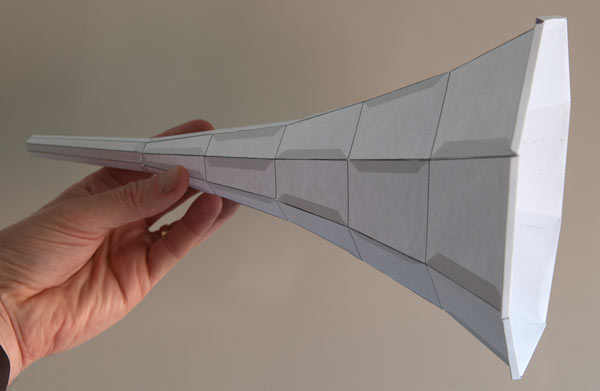 And here is the finished horn. I’m sure you are are ahead of me at this point. I was measuring radiuses not diameter. Curses! In this model horizontal axis is twice as long as it should be. 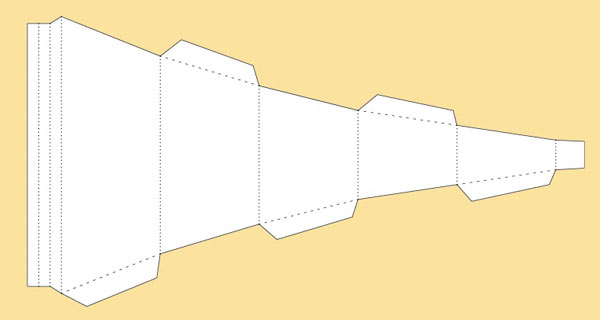 Here is the recalculated part.

If you are a member you can download the parts sheet and print it out onto thin card. Print page one once and page two twice. Score along the doted and dashed lines then carefully cut out the parts 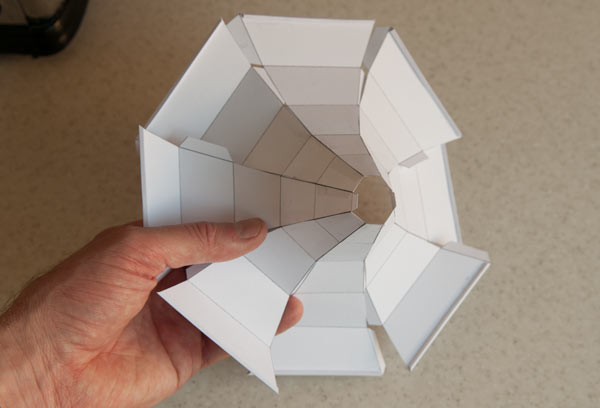 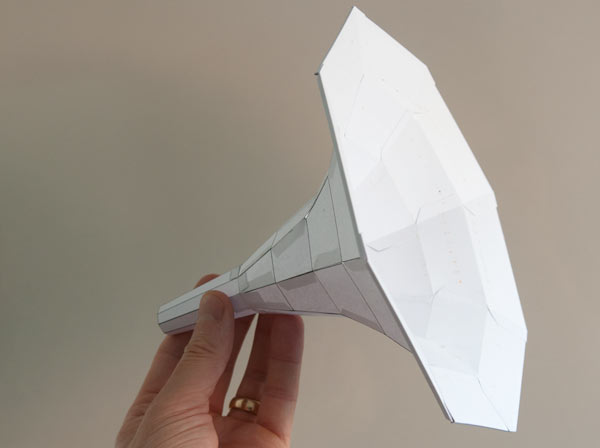