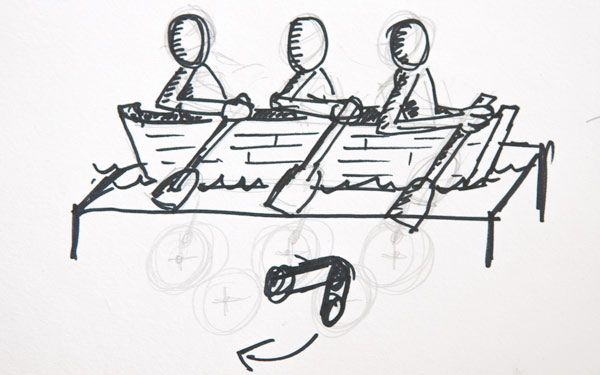 How do you synchronise a cox-less three? Turn one handle and have all three rowers row together? 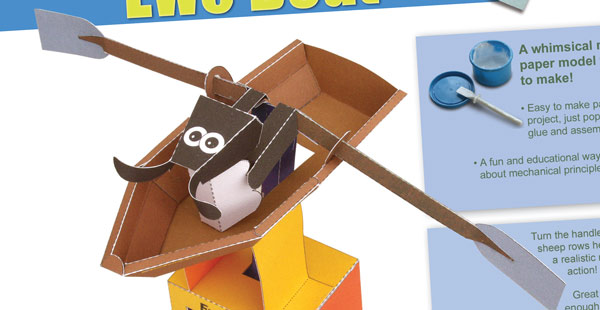 I have a basic rowing mechanism that I used previously in the Ewe Boat based around a crank slider mechanism. For that to work I would need three wheels turning in sync, one under each rower. The main choices to linek the three gears together are a gear train or a chain drive. I'm going with gear train. That's three gears linked together by two other gears of arbitrary size.

To link two gears together at least one of them needs to have some depth to it, like the one to the left. A 3D gear like this can be used to drive a 2D gear and 2D gears are quicker and easier to make. The downside of my current 3D gear design is that the teeth flex as per the animation. This limits the amount of power that can be driven through the drive train. 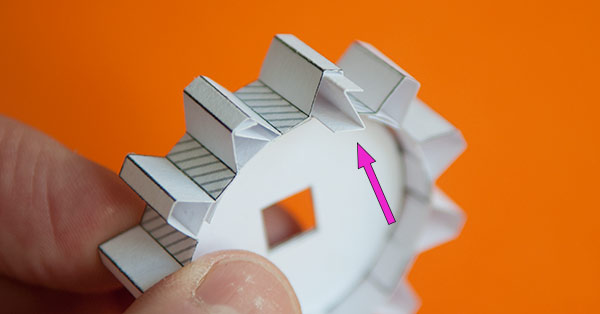 To overcome this problem  I've added a simple 'Z' shaped insert into each teeth and glued it into place. The result is a much more solid tooth.

An eleven tooth 3D gear meshes up against two thirteen tooth 2D gears as part of a gear train. 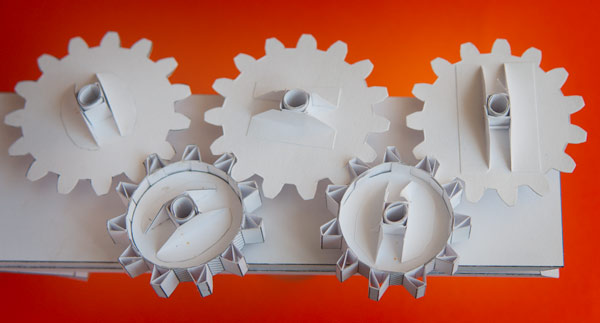 Gear train viewed from the top. I'll try the same with five 3D gears as a comparison.