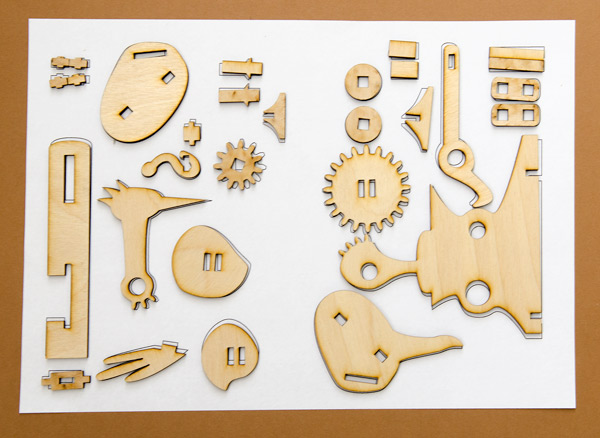 Those of you with a long memory may remember the Late Bird project I experimented with some years back. That project was based on plywood and was intended to be die cut. In the end the costs were just to high and the project never got off the ground. Meanwhile technology has moved on and the time has come to investigate laser cutters. I sent my friend Skeptical Tony the late bird pdf and he very kindly cut out the parts. 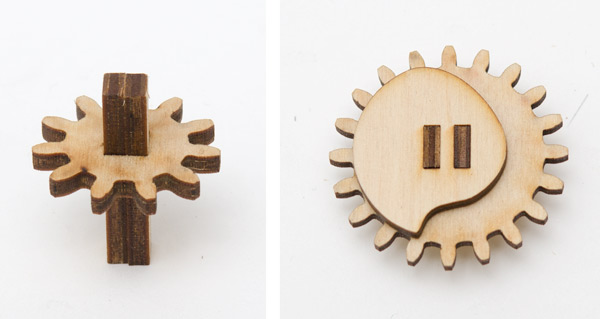 The original design needs some work but is promising. It was designed to be cut out from two sheets sheet of A5 sized 3mm ply. No dowels, no pins just the two sheets of die-cut ply. All the axles were square.

The cams slip onto the left hand shaft, one on this side, to control the worm that pops out of the ground, the other at the back which controls the bird.

The inside of the bird houses a couple of sections of gear which mesh together and lower the head as the body drops. 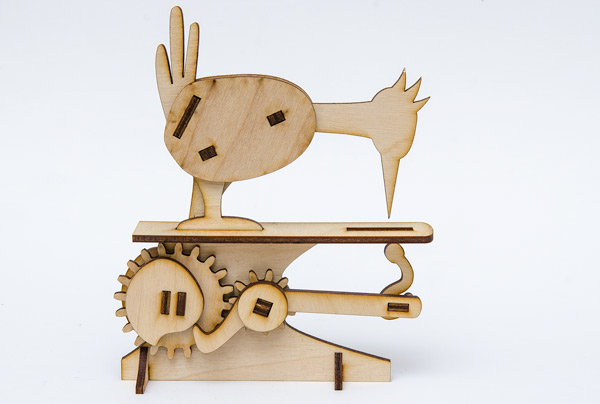 And there it is in all its laser cut glory! Looking, I think you’ll agree, rather splendid. As the main gear turns the worm comes up through the hole, the bird reaches down to catch the worm but the worm disappears just in time. Phew!

There are, as I said, a few problems. The gear teeth profiles are just plain wrong. They don’t mesh properly and the axle holes are slightly too far apart. Both easily solved. I’m not aiming to produce a flat pack kit any more so I’m not restricted to square pegs in round holes for axles. I can experiment with dowel or brass rod. Time for a mk ii.

**Note that the lever with the worm on the end shares the same axle as the small gear but isn’t driven by it. ** 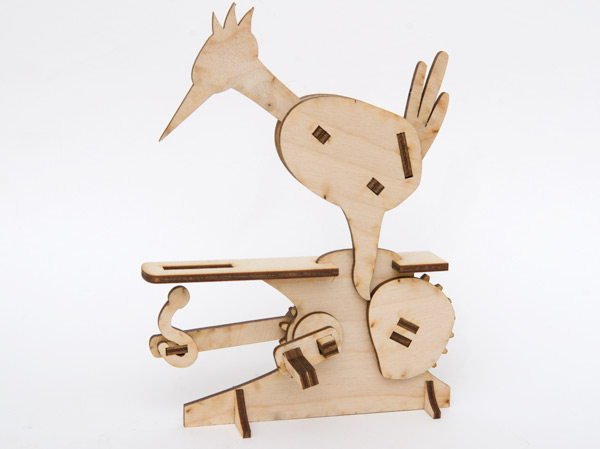